Jetboy: Glam-Rock Hopefuls Missed by a Hair Despite Connections to Poison, KISS & GN’R

Shakedown: The title track of Jetboy’s 1988 debut earned airplay on radio and MTV, but soon dropped off the radar.

Millions of worthy rock bands have flown beneath the radar, but few have weathered the public tailspin of glam contenders, Jetboy.

In 2008, as the heavy metal documentary  “Anvil! The Story of Anvil” garnered that band a sympathetic reprieve from decades of obscurity, I asked Classic Rock magazine to let me tell the world about an equally overlooked underdog — albeit one that was more prone to hairspray and eyeliner than bullet belts and Metallica patches. What follows is one of rock’s most coulda/woulda/shoulda-been hard-luck stories. Read up … and then go rediscover Jetboy!

Arriving in LA from San Francisco in 1986, Jetboy nicked their name from a New York Dolls song and helped spark the dude-looks-like-a-lady, raunch’n’roll explosion that would define Hollywood’s decade of hair metal decadence. With fate at the controls, however, Jetboy never got their wings.

“Around 1984 or 1985 there were three bands getting the most attention for being the new generation of glam rock,” says Jetboy guitarist Billy Rowe. “Those bands were Poison, Guns N’ Roses and Jetboy. When the three of us started packing the clubs and labels came sniffing around, new bands like Faster Pussycat, L A. Guns, the Sea Hags and Vain started popping up.” 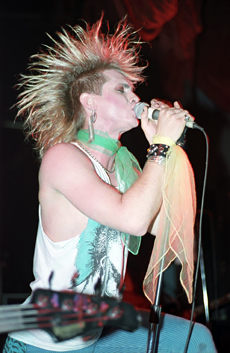 Hair Raiser: A common style among safety-pinned punks, Mickey Finn’s mohawk was a ballsy choice for a glam-metal singer in 1985.(photo by Philip Andrews)

Armed with the arena-sized riffs of Cheap Trick, Aerosmith, Kiss and AC/DC, Jetboy sounded familiar, but their style was too much, too soon.

“I think we were ahead of the times and a bit outside the industry mold,” says atomic punk singer Mickey Finn. “I remember our manager telling us we could be huge, like Van Halen. I thought she was fucking crazy. I was wearing my girlfriend’s torn lingerie and shopping at women’s shoe stores with a huge Mohawk on top of my head!”

Another dubious distinction was far less trivial than a shock-rock haircut. As Jetboy’s peers and copycats spun Tinseltown gold and platinum with such era-defining albums as “Appetite For Destruction,” “Look What The Cat Dragged In” and “Cocked And Loaded,” Jetboy were mired in record-company politics and haunted by the death of bassist Todd Crew. Fired from Jetboy prior to signing with Elektra Records, Crew’s erratic excess was more than a liability to the band, it was also a threat to himself. 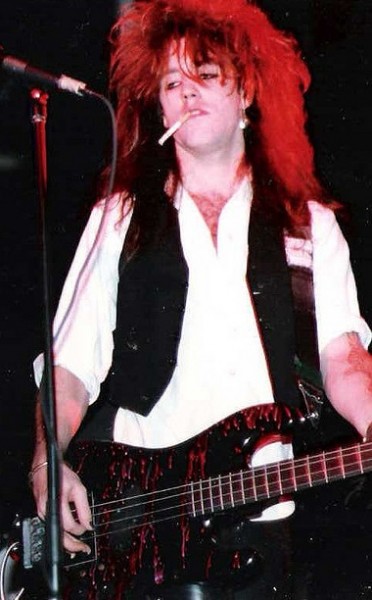 “I loved Todd,” says Finn. “He brought me into Jetboy. We’d get high together, but I felt like always knew when to stop. Call it common sense or call it fear, but he didn’t have it. None of the other guys in Jetboy did the kind of shit we did. Me and Todd used to whack coke, dope, you name it. Throw it on the table and it was on!”

“As cliched as it may be, drugs and alcohol are part of rock’n’roll. But there comes a time when you have to deal with business,” Finn says. “I’ve been a user and abuser of many things, but when opportunity came knocking, it ain’t like we had to start wearing suits and be straight-edge, we just had to be able to perform and show up for meetings once in a while. 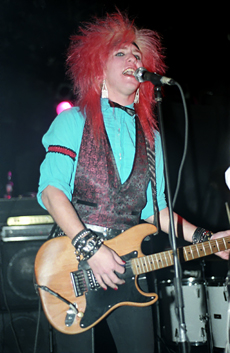 “I don’t know if we did the right thing or not,” Finn continues. “We had managers and A&R guys screaming shit in our ears. We tried talking to Todd’s parents. They put him in rehab, but he bailed. Man, I don’t feel right talking about this shit. If anybody thinks they can judge us or what happened, well, fuck you! Don’t judge something you don’t know. The bottom line is, my friend is dead and he ain’t coming back.”

A passing bright spot before the darkness and mourning came via starry-eyed Kiss frontman Paul Stanley.

“I remember it well, because I’m a huge Kiss fan,” Rowe recalls. “Paul met with Poison, and I guess he saw this new rock scene blowing up and wanted to get into producing. We were rehearsing in Hollywood and Paul came down to check us out. He walked in wearing jeans, a tweed sport coat and penny loafers. His first words were: ‘Cool guitar.’ He was talking about my first hollow-body Gibson ES-175.” 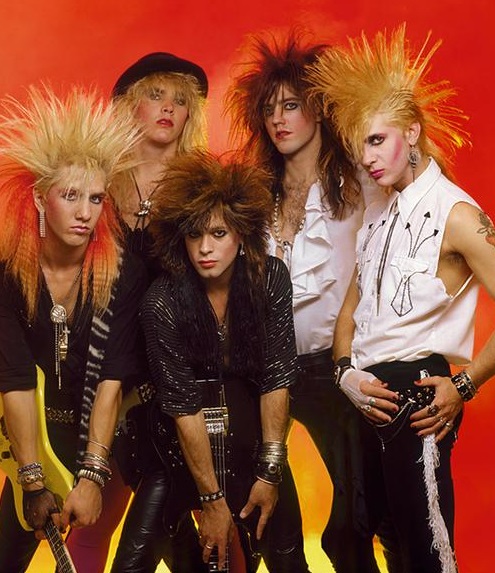 Jetboy ultimately settled on producer Tom Allom (Judas Priest, Def Leppard, Kix, Krokus) for their debut album, “Feel the Shake.” As it happened, the band was doomed to bad business before the ink dried at Elektra Records in 1986. Signing with the label that launched Motley Crue looked like a ticket to arena rock, but everything crumbled into rubble and dust when “Feel The Shake” was delayed, shelved, dropped and otherwise fumbled in just about every way possible.

“Jetboy and GN’R were the two bands that were supposed to follow Poison,” Rowe says. “We had a big buzz, but we lost all our momentum when we were dropped. Then we lost another year waiting to secure a new deal.”

Struggling with the loss of Crew, the glitter in the gutter was Hanoi Rocks bassist Sami Yaffa, whom Jetboy landed as their new member. 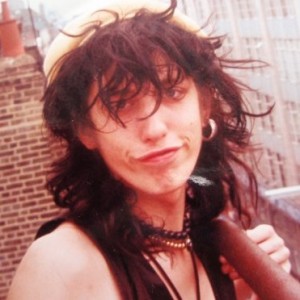 Sam I Am: Sami Yaffa was a major score for Jetboy. Today he is reunited with Hanoi Rocks frontman Michael Monroe.

“Landing Sam was a definite score,” Rowe says. “He’s a helluva talented guy. He heard our demo through his former managers and asked for a plane ticket to LA. We were a gang again and it felt good after what we had gone through with Todd. After Sam joined the band, Michael Monroe came to visit and we had a pool party at our apartment. Michael climbed on the roof and leaped into the pool. All I could think was: ‘Shit! We’re all gonna see Michael Monroe of Hanoi Rocks kill himself jumping into a pool!” 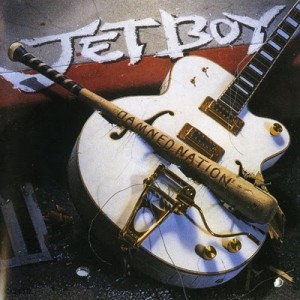 If “Feel The Shake” hardly caused a ripple, let alone a splash, the hugely delayed MCA Records follow-up, “Damned Nation,” was positively face-down dead in the water when it arrived in 1990.

“I believe ‘Damned Nation’ stands up to an album like ‘Appetite (for Destruction),'” Rowe says. “‘Appetite’ is a fucking great album for sure, and I’m not at all saying ‘Damned Nation’ is better than ‘Appetite,’ but I really believe that if it got pushed like other albums at that time it would have been massive.” 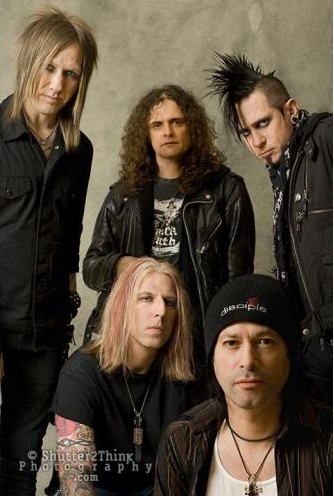 There also was the matter of the looks that killed.

“I do feel like we were doing things musically, visually and fashionably that people weren’t ready for,” Finn says. “I remember when our video for ‘Evil’ hit MTV and we were specifically told that I was too scary and the video was too dark ’cause it had a spider crawling on a girl’s face. A few years later, Marilyn Manson was on TV 20 times a day!”