Metallica rolls with the punches in 1998

For a rock-n-roll journalist, few interviews carry more weight than Metallica – even if said interviews took place during the band’s polarizing “Load/Reload” period. Pure and simple, Metallica is the biggest heavy metal band in history so, of course, it’s nothing less than an honor when one of the guys rings your phone for an on-the-road interview. In 1997, the caller was guitarist Kirk Hammett. A year later, it was drummer Lars Ulrich. Were they among my favorite interviews? Not particularly. Will I brag about them forever? Most definitely.

By David Glessner
Special to the Express-News
July 31, 1998

Metallica has endured more grief than Samson since some giddy barbers chopped the band’s hair more than two years ago.

Even more blasphemous to some fans is the musical shift from jackhammer ear spank to the brooding bombast on the recent releases “Load” and ““Reload.” Whatever your opinion of the band’s evolution, Metallica remains one of the most revolutionary bands of all time. 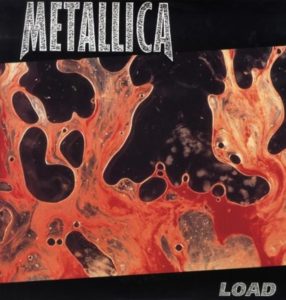 “The only reason I get out of bed is to defend my haircut,” drummer Lars Ulrich said in mock disappointment after learning he’d be spared the now-tired questions about the “new” Metallica.

“This time we’re outdoors, it’s summer and the vibe is about togetherness and the music,” Ulrich said. “We don’t need 80,000 explosions. We’re doing lots of different songs. The great thing about our catalog is we can go back and find four or five songs we haven’t done in years and actually have fun with them again.”

Metallica has been making its own rules since storming out of San Francisco with the must-have 1983 debut, “Kill ‘Em All.” Dressed in tattered jeans and Misfits T shirts, the pimply-faced foursome only half-jokingly called themselves Alcoholica and played a fierce style of double-picked speed metal while sweeping the floor with their windmilling hair. At a time when Accept’s “Fast as a Shark” was the fastest guitar and drum abuse ever heard, along came Metallica’s “Whiplash,” rendering other metal bands obsolete. 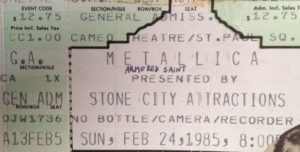 My ticket stub from night two of a three-night stand at the Cameo Theatre in San Antonio.

An instant Alamo City favorite thanks to a boiling mix of speed, aggression and an up-yours attitude that could scare Bon Jovi’s hair straight, Metallica first came to town as openers for Raven in 1983. In 1985, the band returned for a three-night stand at the Cameo Theater as “Ride the Lightning” spawned the soon-to-be-classic “For Whom the Bell Tolls,” “Creeping Death” and “Fade to Black.”

“That was about 32,000 gin-and-tonics ago, but I remember the gig because I met that DJ Joe Anthony backstage,” Ulrich said of the late KISS-FM heavy metal champion. “Because of that radio station, San Antonio always had a metal scene where bands like Riot and Judas Priest were popular before they were popular anywhere else.” 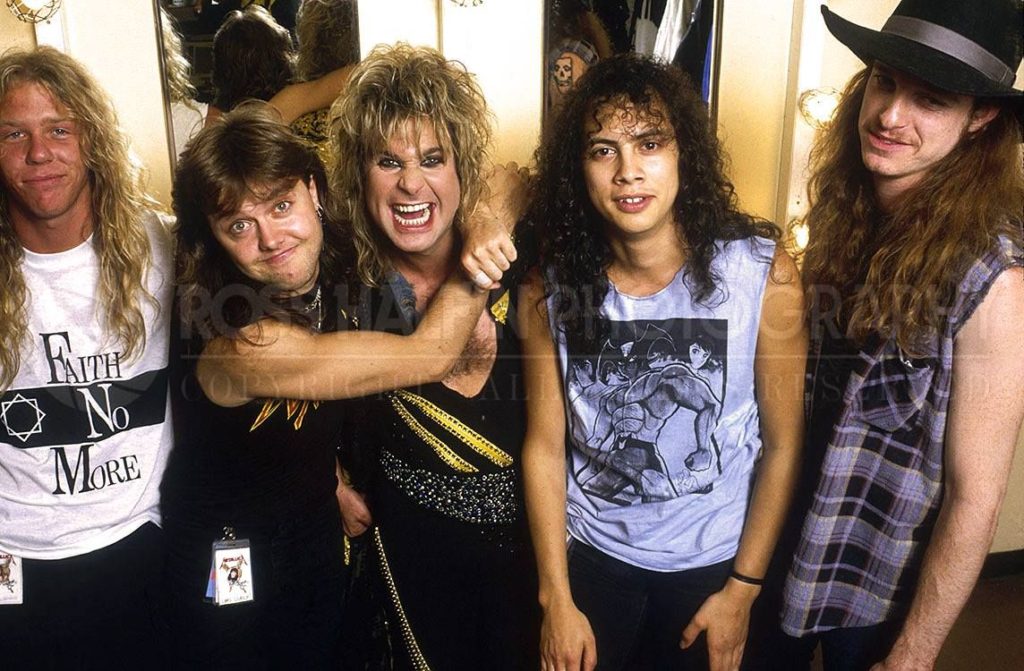 Metallica on tour with Ozzy Osbourne in 1986. The exposure turned Metallica into a household name, but was a bittersweet victory when bassist Cliff Burton (right) was tragically killed in tour bus accident later that year. (Photo by Ross Halfin)

World domination was imminent when Metallica followed the successful “Ride the Lightning” album with the 1986 metal masterpiece, “Master of Puppets.” A support tour with Ozzy Osbourne left the landscape of popular music scorched forever as Metallica conquered worldwide audiences with its breakneck speed and fury.

“We were just kids in a candy store,” Ulrich said of the Ozzy tour. “Everything was so big and frightening. We didn’t know what to do so we just got drunk.”

The party came to an abrupt end in Sweden in September 1986 when Metallica’s tour bus rolled over on an icy road crushing the much-loved, 24-year-old bassist Cliff Burton. His replacement, Jason Newsted, was recruited from the Arizona-based metal band, Flotsam & Jetsam, in time to record 1988’s “…And Justice for All.”

The quartet reached greater heights with 1991’s multiplatinum “Metallica” (aka “The Black Album), which hinted at its future growth beyond headbanging mayhem. 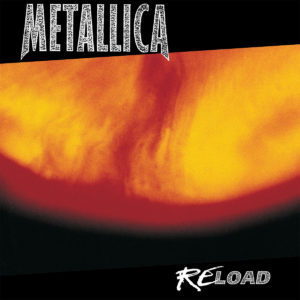 With “Load” and ““Reload,” Metallica explored a darker, plodding sound that Rolling Stone magazine compared to the Cure on steroids. But the band has no plans to return to its speed-metal roots.

“That would be too easy,” Ulrich said. “Doing a speed-metal album would be the ultimate sell-out. It could be fun, but it’s more fun to piss people off and challenge them musically. I’d rather take them somewhere they haven’t been and introduce him to new musical landscapes.”

Metallica’s new direction will merge with the old Ulrich said when the band unveils a re-release of sorts in November.

“It’s going to have every cover song we’ve ever done,” said the former tennis star hopeful and one-time Motörhead fan club president. “We’re going into the studio in October to record eight new covers. In the old days, we covered the obvious metal stuff. We played “Am I Evil?” and “Last Caress” note-for-note. The new stuff is going to be a little more adventurous.”

Branching out remains a priority for Ulrich, who was spotted at Austin rehearsal studios recently scouting talent for his new record label, TRC. He confirms he’s interested in the guitar pop of Johnny Goudie while an Austin paper mentioned that former Dangerous Toys frontman Jason McMaster may have passed along a demo tape.

“The label is purely a commercial enterprise,” Ulrich said. “I’ve been very clear that I’m not trying to discover the next big metal band or the next Nine Inch Nails. I just think that helping to develop good bands is something I’d be good at.”