Tommy Thayer takes a lot of heat from Ace Frehley loyalists, but let’s face it: There’s not a guitarist on the club circuit who wouldn’t thank their lucky stars to walk in those boots. In 2010, Thayer rang my phone to recount his rocket ride with the Hottest Band in the World.

Car crashes cause enough commotion without rubberneckers stopping for autographs. So goes the thinking of KISS guitarist Tommy Thayer, who found himself outrageously overdressed a few years back in the middle of a Mexico intersection.

“A lot of times when we finish a show, we’ll get off stage in full makeup and costumes, and jump in a van to go straight to the hotel,” he says, calling from a Virginia Beach hotel room.

“On this particular night, we each had our own van and we were either in Monterrey or Mexico City. We were going through this crazy traffic in the downtown area and suddenly, ‘Boom!’ We hit a car! I told my driver, ‘Go! Go!’ I mean, what am I gonna do, get out of the car and fill out a police report dressed in my spaceman outfit?”

Quick to promise there were no injuries or unresolved insurance headaches, Thayer moves on to another occupational hazard that could only come from playing in the world’s most theatrical rock band.

“We were at Budokan in Tokyo, Japan, and I was still finding my way around the stage in the [famously stacked] boots,” he says. “I tried to step over some lights, and didn’t quite make it. I caught my foot and fell over sideways right on my ass. I jumped back up like it was part of the show, but I was very embarrassed.”

With his platform footing more firmly planted these days, Thayer and KISS stomp into the Cynthia Woods Mitchell Pavilion Friday to deliver four decades of testosterone-fueled, fire-breathing, hard-rock anthems, including “Love Gun,” “Detroit Rock City,” “Shout It Out Loud” and “Rock and Roll All Nite.” 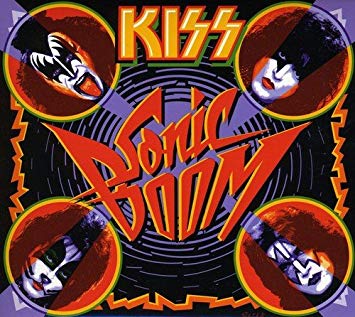 “A lot of people don’t realize we put our own makeup on,” Thayer says. “KISS has always done that. It’s a ritual and it takes about an hour and a half. We all sit in the dressing room together and listen to tunes. Gene listens to a lot of older ’50s and ’60s stuff, and I’ve actually taken a liking to it, especially all the old ’50s classic hits and doo-wop groups and R&B stuff.”

The KISS juggernaut — which rivals Elvis and the Beatles in album sales, and claims a marketing empire that has released everything from condoms and coffins to wide-screen televisions — is grinding forward on the strength of a surprisingly solid 19th studio album, Sonic Boom.

For Thayer, who permanently filled the boots of on-again/off-again original guitarist Ace Frehley (and his successors) in 2003, Sonic Boom marks his first full-length recording with KISS.

“Sonic Boom is sort of a benchmark for me in terms of making my mark in the band,” Thayer says, noting he also sings lead vocals on the track “When Lightning Strikes.”

“For a long time, people would say I was just copying what was done before, and I guess that’s easy for people to say. When Sonic Boom happened, I was really making my mark and taking another big step toward making my place in the band.”

As it happens, Thayer’s place in KISS reads like destiny. Born in Portland, Oregon, in 1960, the fledgling guitarist moved to Los Angeles and took his first shot at fame with the lightweight hair-metal band Black ‘N Blue (and give yourself a break if you don’t remember their singles, “Hold on to 18” and “Miss Mystery”). The world at large paid little attention, but a certain Gene Simmons took notice and offered his services as the band’s producer.

Thayer, of course, was shocked and awed. 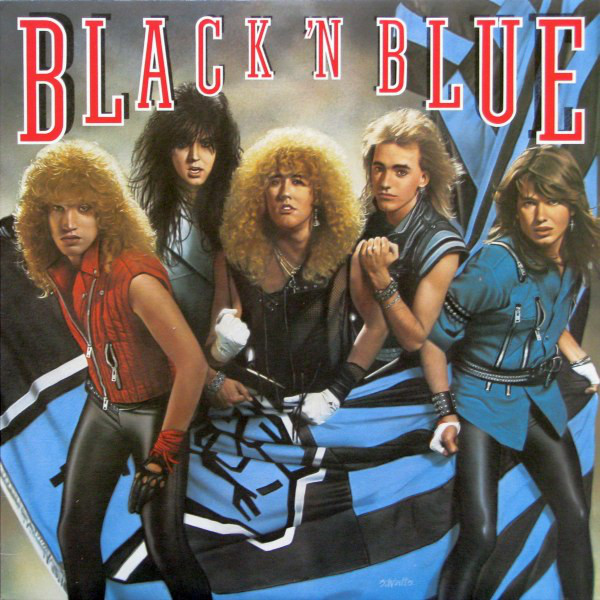 “I loved KISS!” he says. “In ’74, I got the first KISS record for Christmas and then got Hotter Than Hell and Dressed to Kill. But I think the [album] that was most impactful for me was KISS Alive! Even before I started playing guitar, I would come home from school, crank KISS Alive! in my parents’ living room and basically play air guitar to that entire record.”

When Black ‘N Blue faded, Thayer formed the late-’80s KISS tribute band Cold Gin, playing the role of Ace Frehley, complete with costumes and makeup. See where this is going?

“The Cold Gin experience was a tribute I did just for laughs,” he says. “Paul and Gene used to come to the shows and we’d all have a laugh. In a funny way, it was kind of like being in the minor leagues before coming to the major leagues. It gave me the opportunity to put on KISS makeup and play KISS songs. It definitely didn’t hurt.”

When Thayer gave up the Gin, his KISS connection paid off in spades. Initially hired by his heroes as the photo editor for the KISStory souvenir book, Thayer graduated to a jack-of-all-trades role that found him lending a hand in rehearsals, video production, sound checks and even recording as an uncredited guitarist on KISS’s 1998 album Psycho Circus.

‘I’ve always liked Ace and he was obviously a big influence on me. He’s an important guy.’ – Tommy Thayer

“I started working part-time [with KISS] in the early ’90s,” he says. “They needed someone to choose photos for the KISStory book and I thought, ‘Wow, what a great job. How lucky can I be to go to work every day at Paul Stanley’s house and look through this huge collection of KISS archives?’

“The great thing was that I obviously knew a lot about KISS and the guys trusted me and knew I would take care of business,” he continues. “I had a lot of freedom, and it was a great job that eventually evolved into where I am today.”

Today, Thayer is an avid golfer, reader, board member of Pacific University in Oregon and, of course, the mirror image of his hero Ace Frehley.

“He’s always been very friendly,” Thayer says of Frehley. “I actually put my arm around him at the [2006] VH1 Rock Honors show and said, ‘Ace, none of this would be possible without you, so here’s to ya!’ I’ve always liked Ace and he was obviously a big influence on me. He’s an important guy.”

Thayer himself is an important guy these days, as he painstakingly puts a deadly accurate sheen on Freh­ley’s immortal guitar solos. Being KISS’s ace in the hole is not without its perks.

“The resurgence of KISS over the last year or two has been amazing,” Thayer says. “When I go out in public to a restaurant or shopping, I’m constantly getting recognized. I have a distinctive look anyway because I stand about six-foot-two without platform shoes and have the long, dark hair. I stand out in a crowd and it’s kind of cool in a way, because it doesn’t hurt when you want a great table at a restaurant.” 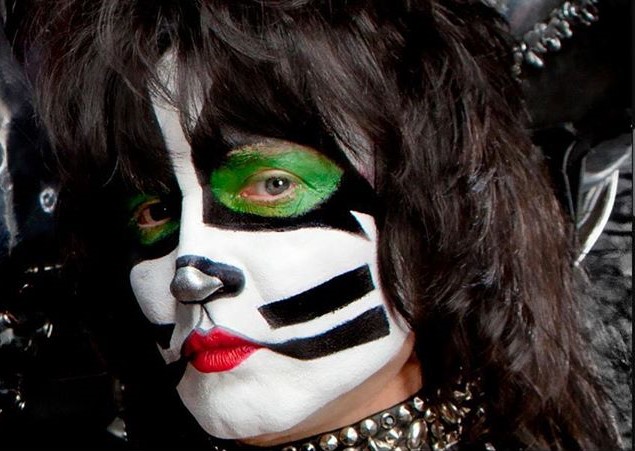 SINGER, THE DRUMMER: Eric Singer in the role of the Catman.

Like guitarist Tommy Thayer, KISS drummer Eric Singer is not the original man behind his mask. While Thayer inherits the persona of original KISS guitarist Ace “The Spaceman” Frehley, Singer is the successor to the “Catman” character created by original drummer Peter Criss. Multiple lead guitarists and drummers have come and gone — and, in the case of Frehley and Criss, returned at various times for the extended reunion tour that ran from 1996-2002 — but it is Thayer and Singer who now re-create the band’s classic costumed look and lineup. To his credit, Singer is a phenomenal drummer who also has played with Alice Cooper, Black Sabbath, Badlands and many others. To his burden, he has to live up to the superhero-like legacy of KISS’s original drummer. Given Singer’s considerable talents, he can hardly be dismissed as a copycat.