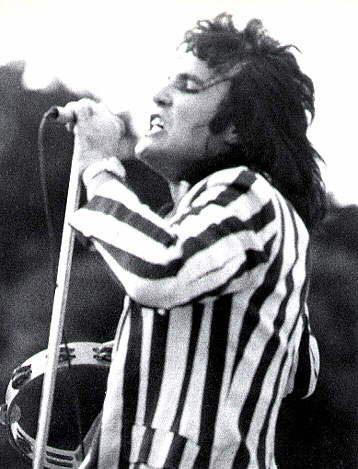 Every Picture Tells a Story: A Rod Stewart-looking Dave Evans shaking it up with AC/DC.

In 2008, Classic Rock magazine asked me to track down and interview AC/DC’s original lead singer. Impossible, right? He’s been dead since 1980! Wrong! Read on …

In the beginning, back before Bon Scott arrived, Dave Evans had a go at the rock’n’roll show… and all that jive.

“We built up a great following in Sydney, Australia and had a hit record with our very first release,” says the original AC/DC frontman, referencing an early version of Can I Sit Next to You Girl/Rocking in the Parlour. 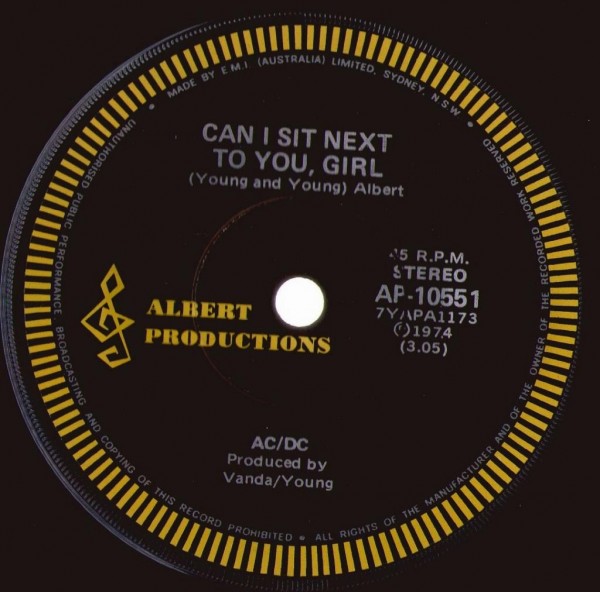 “I also recorded Soul Stripper and Rock’N’Roll Singer as well. We performed a lot of Rolling Stones and Chuck Berry tunes, which is where the Angus Young duck-walk came from.”

Though he lasted only a scant year from 1973-74 and would ultimately surrender his vocals to Scott by the time AC/DC debuted with the 1975 High Voltage album, Evans claims part of AC/DC’s history.

Oddly, the native Welshman first met guitar brothers Malcolm and Angus Young by way of a Sydney band called the Velvet Underground (obviously not Lou Reed’s same-named New York band) in which Malcolm and Evans passed through at different times. 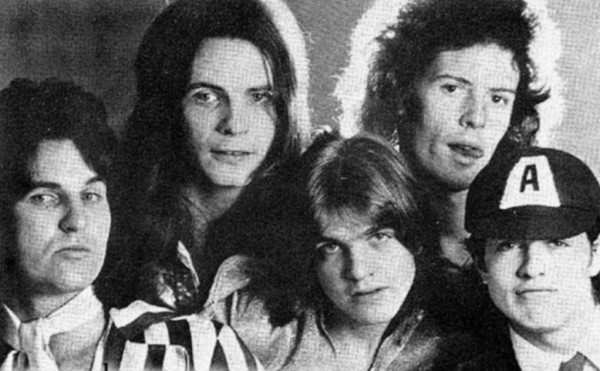 Back in Black and White: An early AC/DC promo shot

“I answered an advertisement in the Sydney Morning Herald looking for a heavy rock singer into Free, the Rolling Stones, etc.” Evans says. “When I rang the number, Malcolm Young was on the end of the phone. I drove over and met Malcolm, Larry Van Kriedt on bass and Colin Burgess on drums. We jammed and it sounded great.”

“Malcolm asked us if Angus could audition and we agreed,” Evans says. “Angus came to the next rehearsal and we welcomed him into the yet-to-be-named band.”

Settling on the name AC/DC, the band cultivated an early glam image. 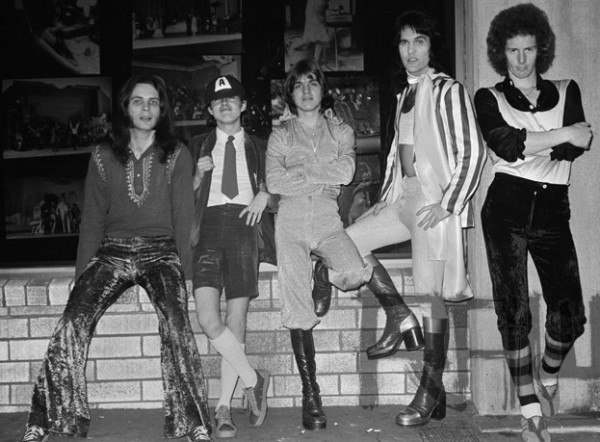 AC/DC circa ’74: These boots were made for rockin’.

“We were a typical jeans and T-shirt band until Malcolm informed us that Angus was going to list his age down from 19 to 16 and dress in a school boy outfit in order to attract the kids,” Evans says.

“Australians actually thought we were a British band,” Evans continues. “Eventually, the decision was made that only Angus would keep the glam look with the schoolboy outfit and the rest of us would go back to a tougher look.” 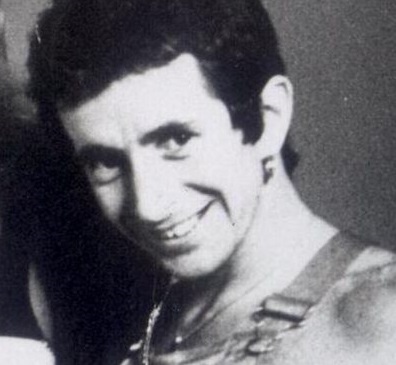 Problem Child: Ronald Belford ‘Bon’ Scott took AC/DC to the brink of worldwide acclaim before suddenly dying after another hard night of boozing. His lyrics and swagger are some of rock’s greatest.

“We met Bon when we were performing in Adelaide as our single was top of the charts there,” Evans recalls.

“Bon had known the ‘60s band, The Easybeats when he was in a band called The Valentines. George Young from the Easybeats was the older brother of Angus and Malcolm. Bon wanted to hang around with us and would sometimes help our roadies, but he was never employed by us in any way as a driver, roadie or drummer as has been falsely reported. He loved the band and we all liked Bon.”

Not surprisingly, the elder, more experienced Scott (who had also enjoyed the spotlight in a band called Fraternity) looked like a suitable replacement when things got erratic with Evans.

“By the time of my split, I had seen three drummers, three bass players and three managers come and go,” Evans says.

“We were young and hotheaded and I was not mature enough to handle the instant stardom or to appreciate the greater contributions of the Young brothers. I got caught up in the excesses. At one point, we had all been out drinking and I had a physical confrontation with our manager over the band not being paid. After that, I could see the writing on the wall.” 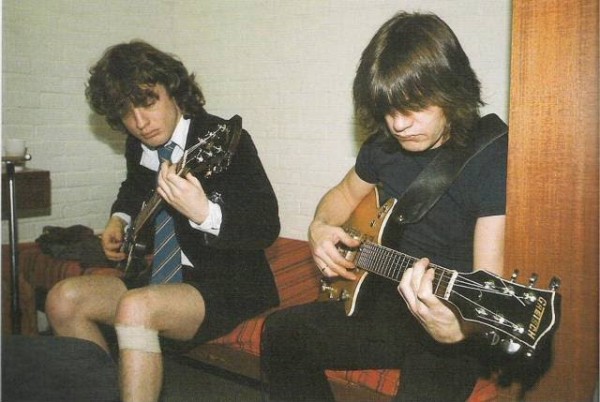 Bad-Boy Brothers: Angus and Malcolm trading riffs instead of punches.

The occasional clash with Angus was, likewise, not out of the question.

“He has an explosive temper,” Evans admits. “I was backstage one time having a disagreement with Angus when he just came at me with both fists flying. He is only a bit over 5 foot tall, but that didn’t deter him. I put one of my hands on top of his head to keep him from reaching me. I guess it would have looked pretty comical for anyone watching. 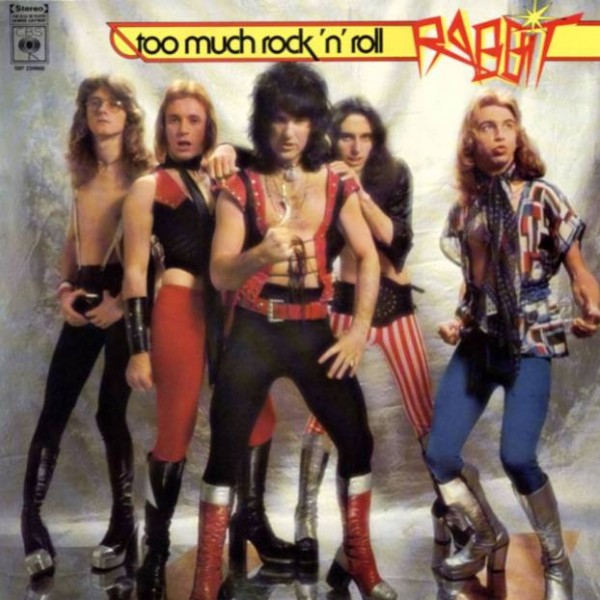 “Another time, we picked up Malcolm and Angus to go to a gig when they started arguing with each other,” Evans recalls. “Angus just flew into Malcolm and the two of them were throwing punches right, left and center. By the way, you are the first interviewer to ever get these stories on Angus, because you asked the right question.”

The punch-ups were not nearly as devastating as Evans’ ultimate dismissal and Scott’s subsequent sudden death in 1980. Was Evans invited to rejoin AC/DC after Scott’s passing?

“No,” he says. “My time with AC/DC had come and gone. I continued my recording career in Australia with Rabbit and Dave Evans & Thunder Down Under.”

Waitin’ ‘Round to be a Millionaire: A young Brian Johnson, upper left, with his band Geordie. He would soon join AC/DC and record the immortal ‘Back in Black.’ 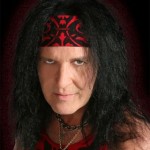 “I hear a bit of criticism about Brian from fans,” Evans says. “But hey, Bon was a difficult act to follow. Brian has done a wonderful job. He has an easily identifiable rock voice, which is now the sound of AC/DC. No one can knock that. The fans keep buying AC/DC albums and there are a lot of wannabe Brians out there.”

Dave Evans currently resides in Dallas, Texas and has two albums, Sinner and Judgement Day, under the name Dave Evans & The Badasses.