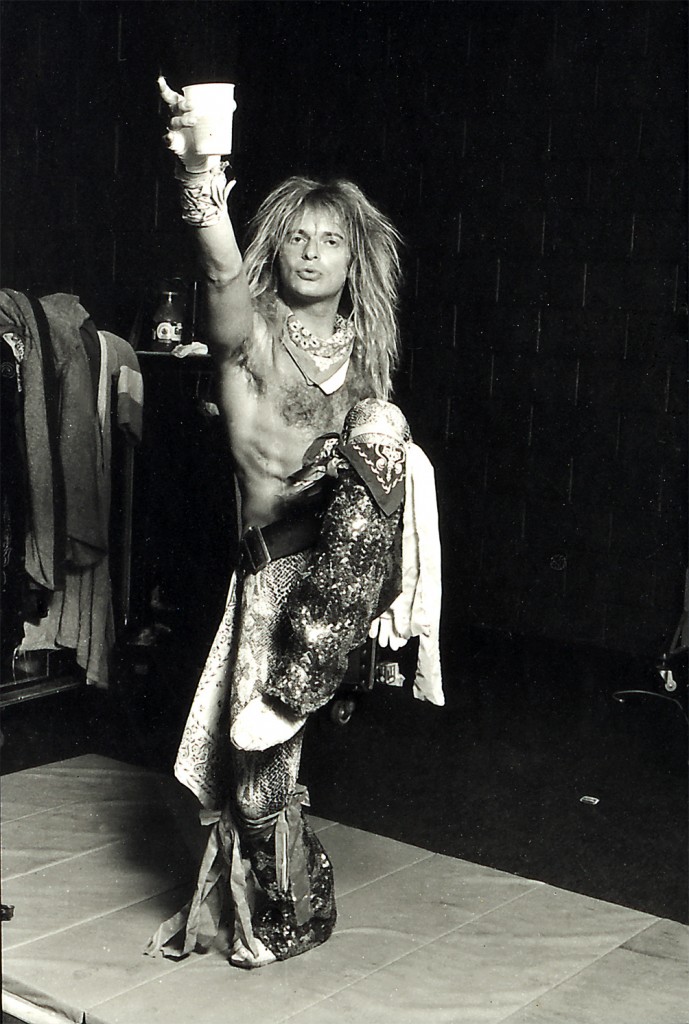 Ahhh, good old David Lee Roth. I was scheduled to interview the Van Halen frontman in 2002 for the San Antonio Express-News when miscommunication and differing time zones caused confusion that led to Diamond Dave calling my apartment while I was away at my day job. My then-girlfriend/now-wife was asleep on the couch when Roth cackled something into the answering machine (as only Roth can) and launched her into a fit of panic. Frantic and more than a little shocked, she called me at work to tell me I just missed Roth. What?! He’s not scheduled to call for another four hours!

After getting things back on track with Roth’s publicist, Diamond Dave-O finally called back and we had more than a few laughs about the episode. The few of you who have heard the tape would agree I could sell it as a comedy album. As I stated in the resulting article, “If punch lines were weapons and flamboyance was a felony, Roth would be trading autographs for cigarettes in a prison cafeteria.”

Because humility is out of the question when talking to a guy who’s bagged more lingerie than Victoria’s Secret, a chatter-fest with Roth is like yakking with a guy who’s bartering the biggest beads at Mardi Gras. Meaning, it’s stupendously hopeless and downright hilarious. 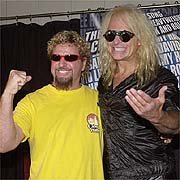 On co-headlining the 2002 tour with rival Van Halen replacement singer Sammy Hagar
Bono called me and said, “Dave, you must do this for world peace (uncontrollable laughter)! Two characters like Roth and Hagar? It’s almost biblical. If we can get along, then anything’s possible. 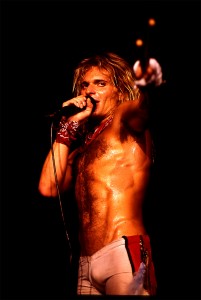 On his 2002 backing band’s ability to faithfully cover Van Halen classics
This band is beyond reason! This music is as familiar as McDonald’s hamburgers. This stuff will leave you glowing like the slow guy at Chernobyl!

Disclaimer: When you interview Roth, you suddenly start paying attention to every other interview he does to see if you got exclusive, off-the-cuff quotes or if he tends to riff on variations of a theme. Truth be told, with the exception of the first answer above, it’s more the latter than the former. Still, you gotta give the guy credit for being outrageously creative with his semi-rehearsed riffs. And besides, there are worse ways to spend a day than laughing your ass off with David Lee Roth — one of the greatest rock’n’roll frontmen of all time!