Buckcherry Before the Gold & Platinum 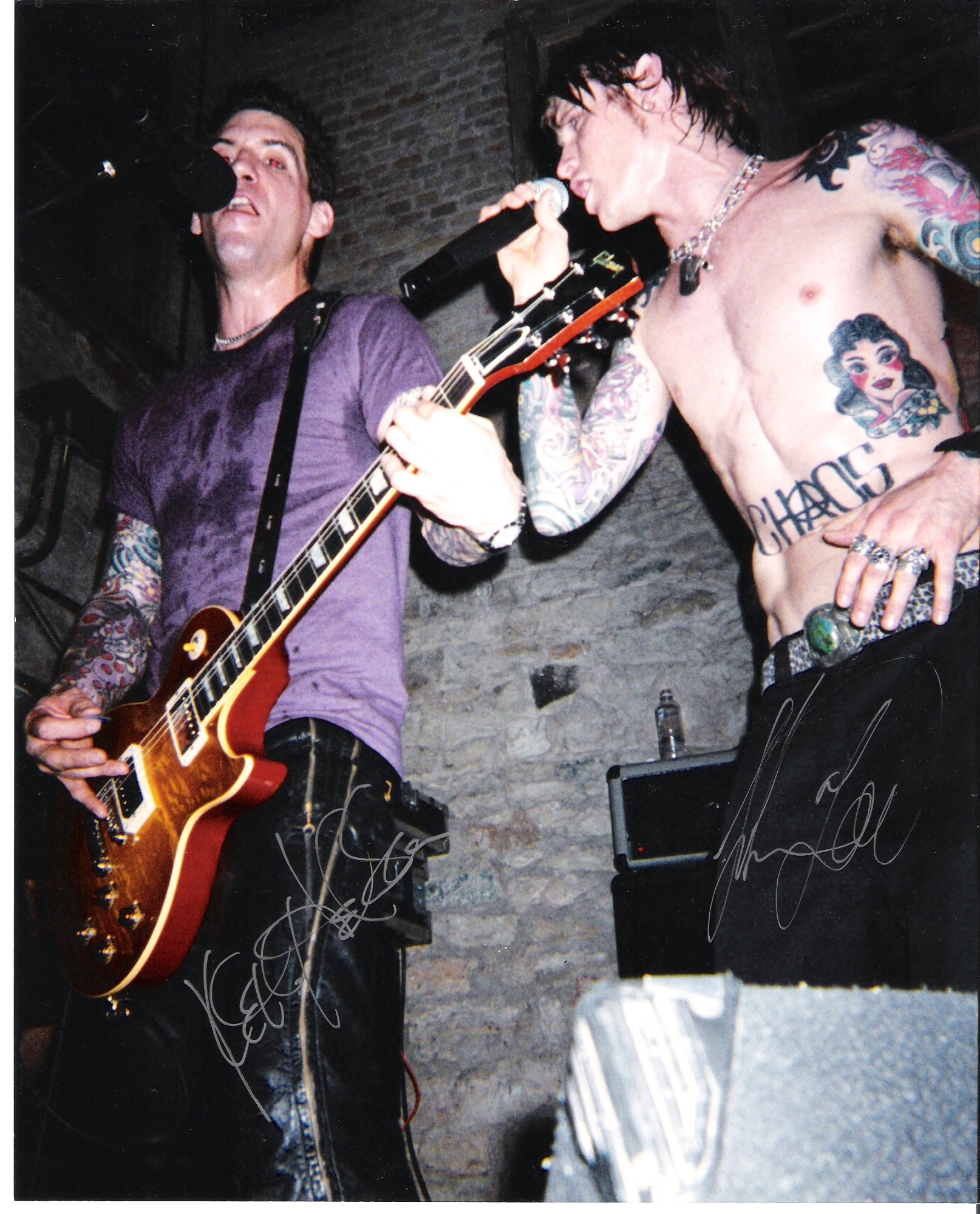 Buckcherry’s 1999 debut album turned me into an instant lifelong fan. More accurately, it was a 1998 advance promo CD with a plain white insert that served as my introduction. In those early days, the band name was broken into two words before morphing into one in order to dispel confusion that singer Josh Todd was “Buck Cherry.” It also was reported by guitarist Keith Nelson that “Buckcherry” was the name of a Hollywood transvestite who used to bum cigarettes outside the band’s gigs. Great story, Keith, and it certainly amped up the Buckcherry sleaze factor, but as he would later admit, the band name is actually a play on Chuck Berry. Give Keith an “E” for effort.

The advance disc, which was sequenced differently than the final album and minus the song, “For the Movies,” came courtesy of Bryn Bridenthal who was the queen of Geffen Records publicity at the time thanks to her gigantic role in advancing the careers of Motley Crue, Guns ‘N Roses, Nirvana, White Zombie and other so-so bands (yes, that was sarcasm).

Bryn and I had been corresponding for a couple years in hopes of landing me on the Geffen payroll as a writer of promotional band bios. On a night I’ll never forget, Bryn arranged for us to meet at a Guns N’ Roses gig in Austin, TX. Backstage, she introduced me to Slash and opening act Brian May from Queen as a potential future employee (My buddy Al Kelly and I were literally walking Brian May to my car to give him a ride back to his hotel when his ride finally arrived. Damn!).

Anyway, after a few false starts writing bios for “bands” that didn’t exactly rock, Bryn eagerly passed along Buckcherry knowing their swaggering hard-rawk sound was right up my alley. In the end, my Buckcherry bio was spliced together with a submission from another commissioned writer and the band’s debut press kit was complete. 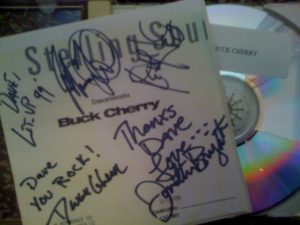 Buckcherry’s 1999 debut album in its earliest form. Notice the band name is two words instead of one. I took this CD EVERYWHERE!!

More importantly, though, I had first dibs on a band that stirred the kind of primal rock’n’roll excitement I hadn’t felt since Guns N’ Roses more than a decade earlier. I proudly took that advance Buckcherry CD to every party, every concert, every Sunday afternoon football gathering … everywhere!! I played that thing for everyone who would listen and even some who wouldn’t. Buckcherry was my proudest new discovery and I wanted to blast it to the world. Much to my surprise, even my most hardcore punk-rock friends loved the dirty Sunset Strip sounds of Buckcherry.

The live photo at the top of this post was taken by yours truly on the indoor stage at Stubb’s in Austin, TX on Valentine’s Day, 1999. Buckcherry’s debut single, “Lit Up,” had not yet made it to radio, which meant nobody outside of Los Angeles had a clue about the band. Nobody that is, except me and my Austin contingent of punk-rock friends, including the guys from Lower Class Brats, the Contradicks, Belligerent 86 and a few other local mohawks. Except for the handful of studded leather jackets in front of the stage, the gig was deader than dead. Not only was it Valentine’s Day (meaning people were spending their time and money on expensive dinners and not some unknown band), it was also a Sunday night. Can you spell “E-M-P-T-Y”? Me and the hapless punks didn’t give a toss. We were there to hear “Dead Again,” “Lawless & Lulu,” “Lit Up!” “Crushed” and other Cherry bombs!

After the gig, I introduced myself to singer Josh Todd and guitarist Keith Nelson as the guy who interviewed them over the phone for the purpose of the bio. For my money, Josh Todd is one of the best rock singers/frontmen to ever take the stage. As for Keith, he is always a fantastic interview, a great slide guitarist and now a hilarious friend whose middle finger is the equivalent of a handshake when it comes to showing some love. The duo should also be one of Slash’s biggest regrets as he let them go after several rehearsals leading up to Velvet Revolver. Are you friggin’ serious?!

On the night pictured above, the Buckcherry guys were great! As a bonus, they drove me home in their cramped van at 3 a.m. after all the punks disappeared. To this day, Keith still asks me about the Lower Class Brats and Josh and I share photos of our kids (oddly enough, my son was born on Valentine’s Day, making the Buckcherry connection even stronger. Fate?).

In a business where people and favors are used up and left for dead, Buckcherry always remembers me as one of their earliest champions. Thanks guys, but the pleasure’s been all mine. See ya at the next gig. Cheers, metal dave!