Ask Phil Lewis: Which Album Corrupted Your Youth and Made You Wanna Rock-n-Roll?

Well, shit! Now I feel like an ass! After learning L.A. Guns was aiming for Austin on Wednesday (ticket info below), I reached out to my pal Adam Hamilton, who happens to be the band’s former bass player, and asked him to put me in touch with singer Phil Lewis. For three days, Phil and I played tag until I was ready to call it quits.

Then my phone buzzed. It was a text from Phil. He earlier agreed to a full-blown interview, but with a deadline spilling salt in my wound, I suggested the Plan B that follows below. Phil was game and I was happy. Cool.

But wait. The story gets better. Phil’s reason for not getting back to me is the mother of all rock-n-roll “excuses.” Was he in jail? Was he passed out in a Dumpster after a three-night bender of snot-slinging debauchery? Oh, hell no! It’s much more shocking than that.

Believe it or not, Mr. “Sex Action” volunteers at his local humane society where phones are not allowed while on duty. In more than two decades of interviewing rock stars, this, for me, is truly a first. How can I possibly be frustrated with an iconic sleaze-rock vampire who spends his free time helping neglected animals? Well, I can’t! And I won’t. Bravo, Phil.

2FAST2DIE: Nice to catch up, Phil. Thanks for being in touch. So, what album can we credit for turning you into a hit-making, rock-n-roll outlaw? 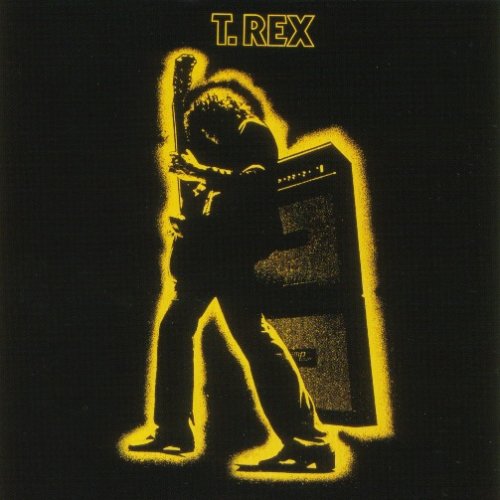 PHIL LEWIS: The early ’70s were my introduction to the world of music, and I couldn’t have been luckier. I once saw Sly and the Family Stone, Black Sabbath and Deep Purple on the same bill. So much amazing music to choose. I was well aware of the political and philosophical power of rock-n-roll music from bands like the Who and Rolling Stones, but at that time, I was just a kid. And while I’d love to be tragically “Prog” and say something cool like Yes, Genesis, ELP or even Led Zeppelin — all fine bands and hugely popular at the time — I proudly admit my first legitimately acquired LP vinyl record was T. Rex, “Electric Warrior.” I still have it. It crackles a bit, but so do I.

The simple black and gold cover silhouette of Marc Bolan pulling the greatest guitar pose ­ leaning into his Les Paul with a big, black Marshall stack right behind ­ was totally iconic art for me and my G­-G-Generation. As David Bowie observed in “All The Young Dudes,” “Who needs TV when I got T. Rex?” After buying this record, the only time I watched TV was to see T. Rex! Fortunately, back in 1971 London town, that was quite often.

I remember tearing off the plastic wrapper and beholding the big, double-gatefold cover with a huge black-and-white photo of my Metal Guru, looking every inch the Merlin I knew him to be. I remember carefully removing and gently lowering the heavy, black, virgin vinyl as if it was Ophelia herself on my unworthy Garrard 72 B turntable, and expertly laying the stylus in the grooves of the first track. Turn up the amp and Bang! Literally Bang! “Bang a Gong” — arguably one of the greatest opening rock-and-roll riffs of all time. A big sound from a huge, short-lived, almost mythical character — truly a warrior poet.

Every song on the record was original and cleverly crafted — the soundtrack to my life. It got me pumped, it got me thinking and it got me laid. Back then (in Phil’s native Britain), you had two choices: ­ take her majesty’s shilling and get shipped off to Belfast, or become a soccer hooligan. Music, art and culture, to me, were just background noise for the rich when I was 17-years-old, but this record changed everything. I got to appreciate the avenues “Electric Warrior” opened to me, and the quality of my life improved drastically. Very powerful stuff …

2FAST2DIE SAYS: Phil’s passionate recollection of this album is either Shakespearean or semi-pornographic. Actually, it’s  a bit of both. And hey, who can blame him? T. Rex frontman Marc Bolan did indeed write the book on sexually-charged, riff-gasm, glam-banging. Well done, Phil. Thanks for playing along and thanks for that one-of-a-kind tidbit about the humane society. Who says sleaze-metal rockers are all wasted, heartless derelicts?

BELOW: Something old and something new from L.A. Guns