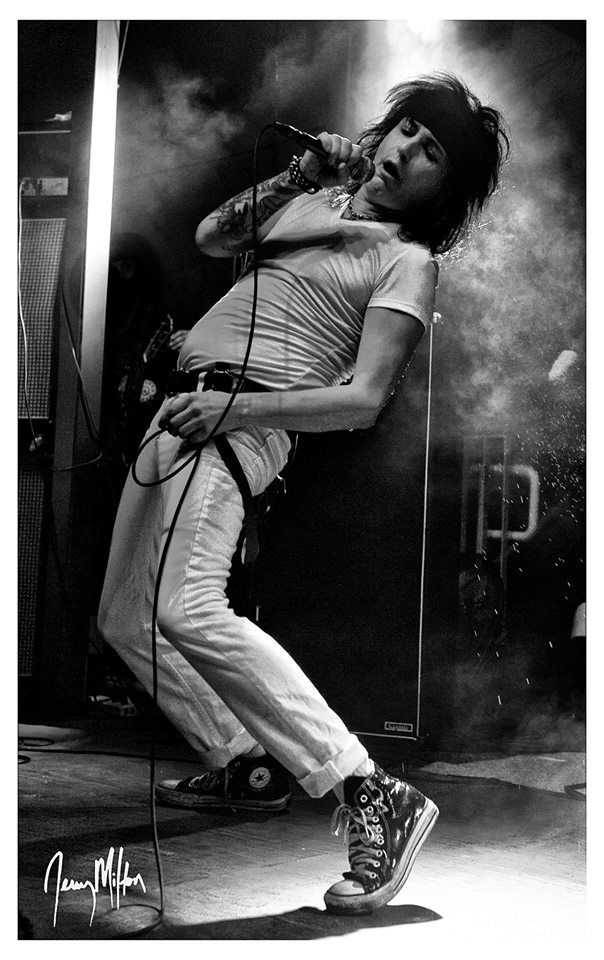 Joined by bassist Scotty Griffin and guitarist Michael Grant, L.A. Guns tore through the sleaze-rock party starters “Sex Action,” “I Wanna Be Your Man,” “Never Enough” and “Rip and Tear.” Unlike many of his 1980’s peers, Lewis is still in amazing voice. And for the record, Grant was no slouch.

Ah, yes. “The Ballad of Jayne.” A rightful hit in 1989, this gem is unjustly eclipsed by the likes of Motley Crue’s “Home Sweet Home” and Poison’s “Every Rose Has Its Thorn,” but without a doubt ranks among the very best power ballads of the glam-metal genre. The sing-along audience surely agreed.

And lest anyone think L.A. Guns is purely a 1980’s nostalgia act, the band hurled a few latter-day Molotovs, including “Revolution” and “You Better Not Love Me,” proving they still pack enough ammo to match their out-for-blood, sleaze-groove legacy. By the way, if you stopped buying L.A. Guns albums after 1991’s “Hollywood Vampires,” you owe it to yourself to get 2002’s “Waking the Dead” and 2012’s “Hollywood Forever.” Both beat the living tar out of Motley Crue’s last few albums.

As much as fans  (me included) wish for a reunion with departed guitar hero Tracii Guns, L.A. Guns has been impressively consistent under the leadership of Lewis and Riley. It’s safe to say last night in Austin was another victorious howl at the moon.

BELOW: Something old and something new from L.A. Guns