Much like Cliff Burton embodied the fan-favorite, heart and spirit of Metallica, so too did Dee Dee Ramone when it came to punk legends, the Ramones. Both bassists were impossible to replace, yet each was divinely succeeded by the only man who could do the job. For the Ramones, that man was Christopher Joseph Ward (aka CJ Ramone). Metallica, of course, claimed Jason Newsted.

While neither guy could, would or should erase the memories of their predecessors, there’s no denying each arrived with a powder keg of youthful vigor and ferocious, neck-snapping stage presence (not to mention added vocals) at a do-or-die moment in each band’s career. Thank you!!

With “Reconquista” serving as his latest calling card (following releases under the band names Los Gusanos and Bad Chopper – look ‘em up), CJ Ramone recently caught up with 2Fast2Die to plug his latest album and share his all-time favorite.

“Yes, ‘Reconquista’ is my latest,” he said. “I play bass and sing vocals, but I’ve got a bunch of great players on it including Billy Zoom from X, Jonny 2 Bags from Social Distortion and Jay Bentley from Bad Religion. I owe a lot to Steve Soto from the Adolescents for making it as great as it is. He put together the all-star cast. This is the first album I’ve done as CJ Ramone. I recorded the fucker three times before I thought it was good enough to wear the Ramone name. I’m super proud of it and if it ends up being my swan song, then I left behind something great.” 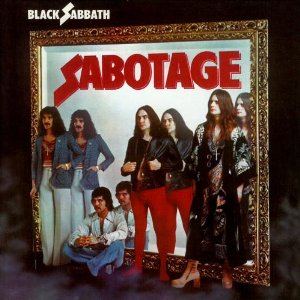 2FAST2DIE: Congrats on the new album and thanks for being in touch. You know the drill … so as Joey said a million times, “Take it, CJ!!!”

CJ RAMONE: My favorite album? Black Sabbath’s “Sabotage.” I love the creepiness of the early records, but by the time they released “Sabotage,” their songs became more than just soundtracks for horror films. Their style opened up and picked up some speed (“Symptom of the Universe”). “Sabotage” is definitely my favorite metal album of all time.

2FAST2DIE SAYS: While any of Sabbath’s first six albums easily win Lucifer’s favor, 1975’s “Sabotage,” has an added “Exorcist” quality. Haunting, schizophrenic and demonically possessed with grinding, blunt-force riffs, “Sabotage” is the kind of album that could’ve had you burned at the stake if Salem had power for turntables. Add Ozzy’s most feral vocals ever and some eerily disturbing sleeve art, and you’ve got one black diamond of a heavy metal gem. Underrated? Yes. Underappreciated? Hell, no! Great choice, CJ.