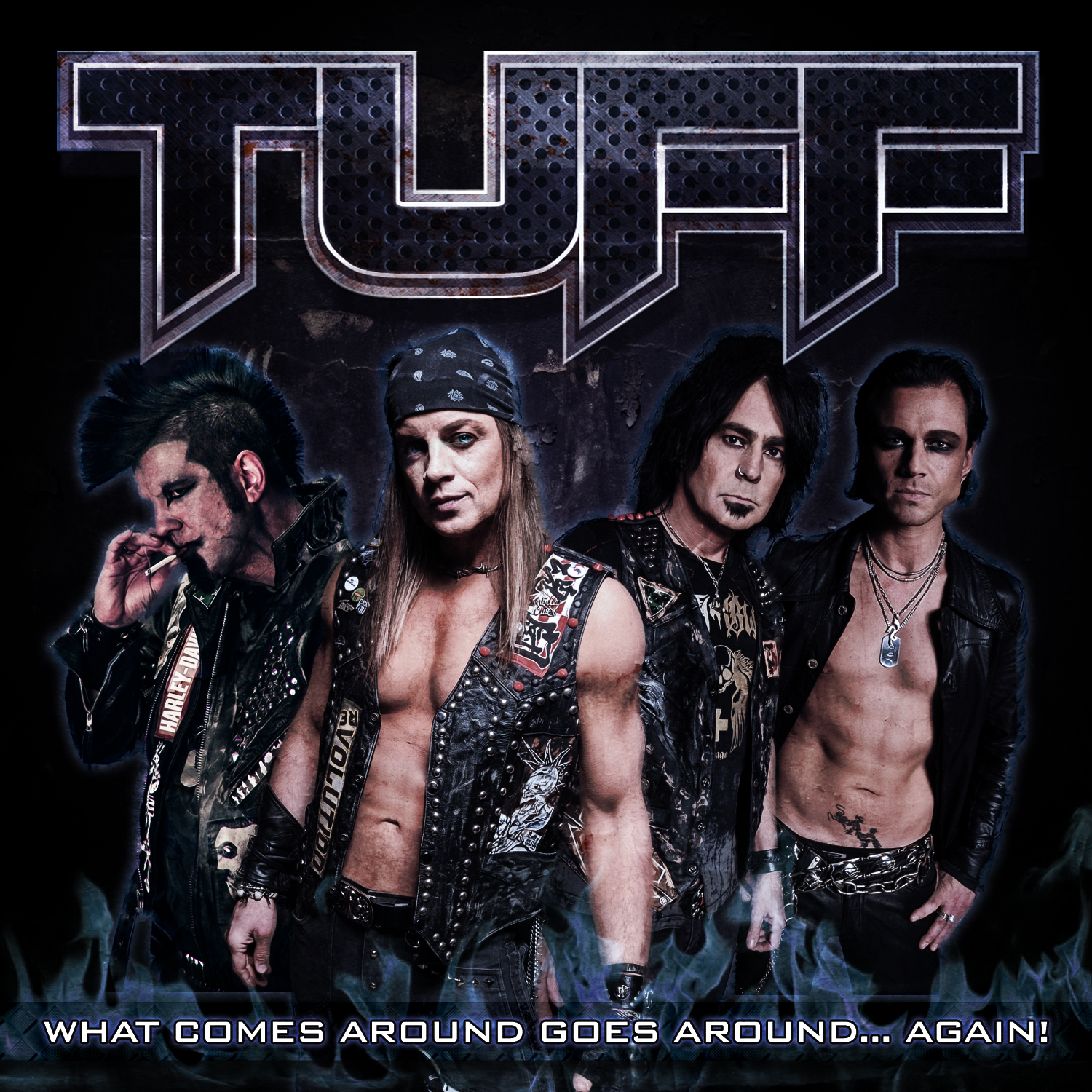 With seven kids under one roof, there’s bound to be some commotion. When three of them decide to become professional bassists in hard-rock bands like Keel, Badlands and TUFF, it’s probably safe to assume the cops knew their way to the Chaisson home.

“My parents were amazing people!” said TUFF bassist Todd Chaisson in a recent email interview with 2Fast2Die. “We lost them both to cancer between 1999 and 2000. Mom was a saint and Pops was tough as nails. Both were very loving and understanding. I remember my father being asked to sign autographs and take photos at a huge outdoor festival in Arizona that both Badlands and Tuff played. He really got a kick out of that. I miss them every day.”

As TUFF gears up for a spring tour (dates below) that includes the M3 Festival in Columbia, MD. May 3-4 (featuring WASP, Kix, Twisted Sister, Bret Michaels, Loudness, Jackyl and others), 2Fast2Die caught up with bassist Todd “Chase” Chaisson for a peek behind the hair-metal heyday and a flash-forward to today.

PRETTY TUFF: Can you spot Todd on the cover of this 2000 album? Hint: He’s not the guy with black hair. He’s actually in the lower left.

Thanks for taking the time, Todd. I guess I’ll start with the obvious since only Ray Charles could NOT notice the new image. How did the new TUFF look come about? You look more like the Misfits than pretty boys these days
Ha ha ha. I have not been pretty for years, my friend. The pretty photos are from when I was a young man in my early 20’s. I am almost 47 now and listen primarily to metal. Slipknot, Machine Head, Volbeat, etc.. When I left TUFF in 1991, I formed a hardcore metal band called SubstAnce D and adopted a larger and meaner look. I guess it never wore off. When I came back to the band a few years back we were just rolling the jeans and T-shirts and it just kinda felt like we were cheating the fans that love the over-the-top image that TUFF was famous for. So, (singer) Stevie (Rachelle) and I discussed it, as we do everything, and decided that when we released our new CD, “What Comes Around Goes Around… Again,” we wanted to bring back some of the shock value. I was already rolling the Mohawk and simply didn’t fit into my spandex any longer (ha ha ha), so we decided to go with a Road Warrior/post apocalyptic type of look. So that’s what we came up with. We wanted to toughen it up and, as we say, Put the Metal back into Hair Metal! 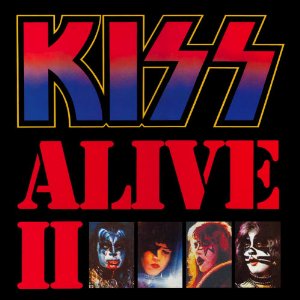 As a kid, what album changed your life?
“Kiss Alive II” for sure. It was 1977 and one of my brothers brought home the record. I just fell in love with the theatrics and the energy of Kiss. Two years later they ended up being my first concert. My brother Kirk took me for my birthday and my life was forever changed. No band could ever come close to the show I witnessed that night. Motley Crue, Metallica, Korn & Pantera all came close. I was a Kiss freak as a kid and I think Gene is one of the most underrated bass players out there.

Name your musical hero as a kid and now?
Not counting my brothers, there are three and they’re all bass players. Geezer Butler, Steve Harris and Michael Anthony! Those guys defined my style then and now. I am sure that there are several other bands and individuals that I admired, but I’m sure you don’t want my laundry list of favorites. Suffice it to say I was raised on rock by bands like Maiden, Priest, Van Halen, Black Sabbath, Accept. Shit, I could go on for days with this. 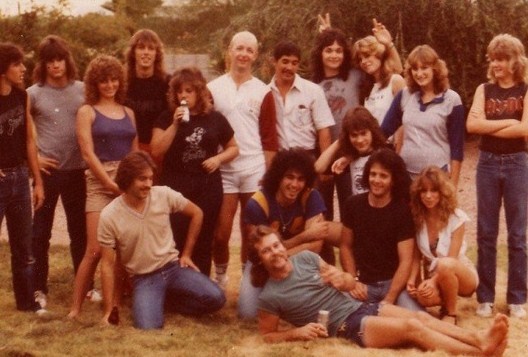 BRITISH STEEL: Todd on the far right along with his brothers, members of Surgical Steel, girlfriends and Judas Priest singer Rob Halford, center, at an Arizona barbecue circa 1983-85

Which of your brothers did you idolize growing up and why? Or were you the leader/”cool brother”?
I was definitely not the leader or the cool one. I may have been the prettiest. I have and always will idolize all of my brothers! My younger brother Mitch is my best friend and I love all of my siblings dearly. But Greg and Kenny had the most influence over me and I still believe to this day Greg is the best rock/blues bass player I ever heard. I still remember riffs Greg showed me as a kid and I still can’t play them like he could. If I was ever half as good as either of them, then I will die happy. They are my brothers and I would have idolized them for a thousand reasons outside of music. They were both athletic, tough guys and very popular. I was awkward, shy, sensitive, and not good at sports and sometimes wore my mother’s make-up. I was bullied in high school. I remember Kenny and Kirk tuning up a few guys that gave me a hard time for being different. Fast forward to now and I consider myself an accomplished bass player and songwriter. I don’t wear my mom’s make-up any longer. I am not shy or even very pretty for that matter. I think Greg might be the prettiest now. Ha ha! 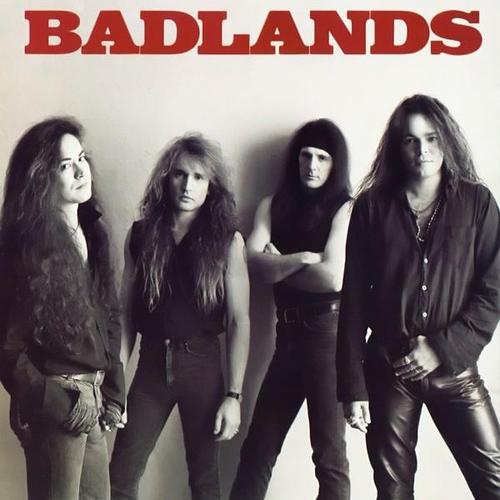 Were you and your brothers supportive of each other or more competitive?
Well, there is no competing with Greg. I feel like we were very supportive of each other. I love my brothers. I don’t see them as much as I’d like, but what families do? Badlands was signed to Atlantic before TUFF and I’m sure Greg had a little something to do with us landing there. He has never said one way or another, but what are the chances of us being label mates in the 80’s/90’s? Pretty slim, I’d say. Not to say TUFF didn’t earn our shot, because we worked our asses off every day. But it never hurts to have friends or family in high places.

What can you tell us about Jake E. Lee since nobody knows much about him?
I never knew Jake on a personal level. Yeah, I met him a number of times and he was always a quiet and very nice guy. Greg could better answer that question. I believe he and Greg are still best of friends all these years later, so that tells you something. I hear he is in Vegas and rebooting his career. I wish Badlands would do a tribute show or something. Maybe get a bunch of guest vocalists. That would be awesome! 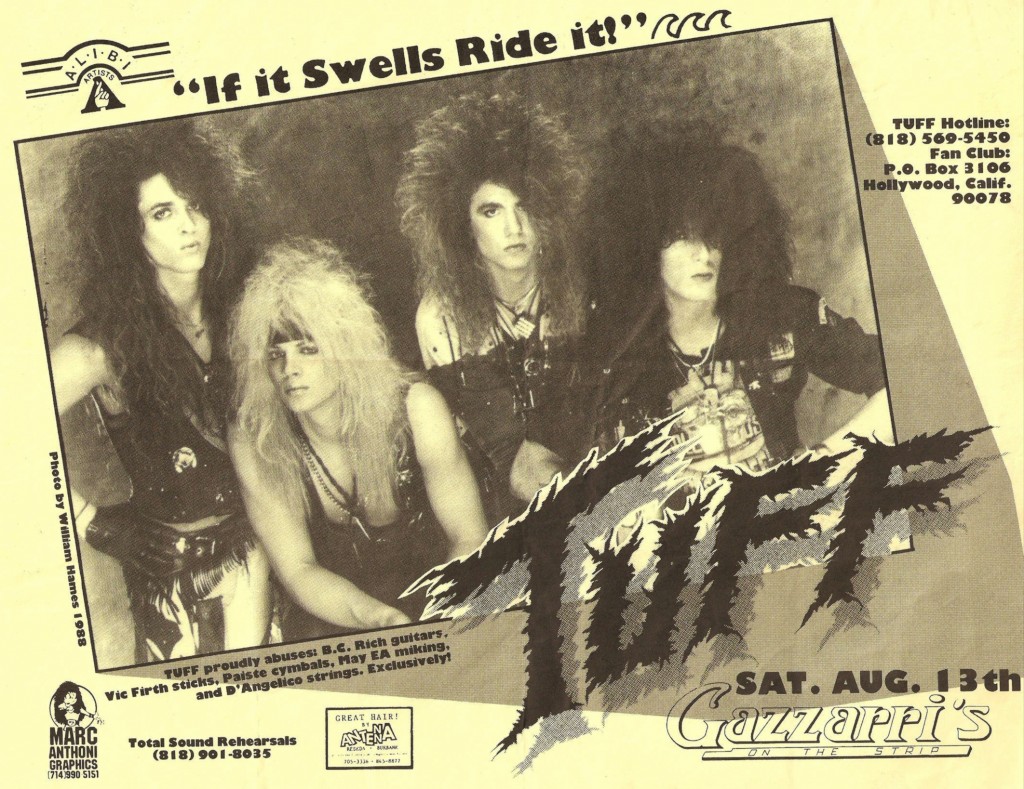 Describe the “scene” when you formed TUFF. Do you think TUFF got a fair shake?
The “scene” when I formed TUFF in Arizona was definitely not glam. To be honest, I wasn’t glam either. That was a conscious decision to strike out and do something different. Nobody went over the top like TUFF did in the 80’s! Then we met Poison while opening for them and everything changed. Bobby Dall banged my girlfriend at an after-party and me and a friend had to give Bret an insulin shot. Bret said if I didn’t freak out on Bobby, he’d turn us on to some contacts and set us up with some furniture when we moved to LA. It sounded like a good deal at the time — my girlfriend for a publicist and a couch. Done deal! TUFF got a fair shake; we just came late to the party. I am grateful for everything and proud of our accomplishments.

What do you do for a day job when you’re not doing TUFF?
I was born blue collar and I will die happy a blue collar man, like my father before me. I do whatever it takes to support my family. So if that means digging a ditch, then dig I do. I moved to Cleveland a few years back and was doing the cover band thing for a while, but I hate playing other peoples’ music. So now I write songs with a couple of guys here and do construction during the day. TUFF BREAK: Despite the 1991 power ballad, ‘I Hate Kissing You Goodbye,’ which was once No.3 on MTV behind Guns N’ Roses and Metallica, TUFF’s success was short-lived. From left is guitarist Jorge, singer/Metal Sludge website founder Stevie Rachelle, drummer Michael Lean and bassist/Machine Head fan, Todd.

Stevie tells me you’re into thrash metal? If so, name a few of your favorite bands?
I am into all sorts of music, but metal is my main thing. My favorites change like the seasons. Years ago it was Pantera, Helmet, Sepultura, etc. Later it was Slipknot, Protest the Hero and Meshuggah. Today it’s Volbeat, Alterbridge, Machine Head, Sick Puppies and All that Remains. Of course, I still love all of the music I was raised on from Kiss and Maiden to Motley and Priest. 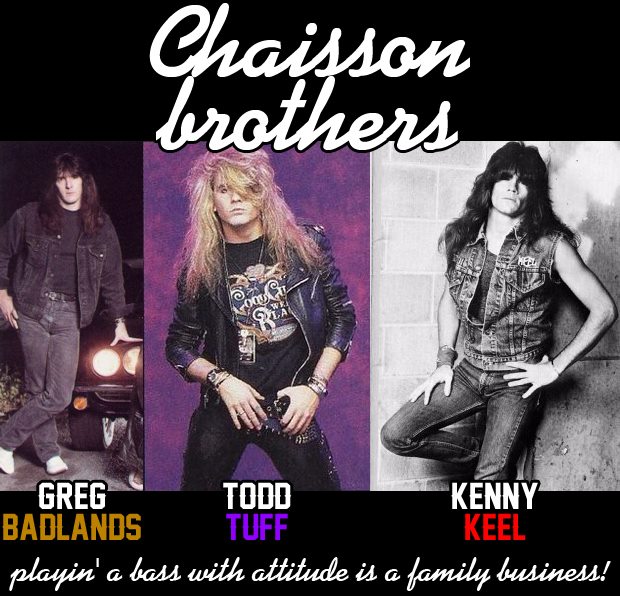 MIRROR, MIRROR: Two of these guys got dressed in the dark. The other is Todd.

Do you and your brothers ever look back at old 1980s photos and raz each other about your hair/outfits? Who gets the most grief?
On occasion somebody will post an old school picture of us on Facebook. I seldom see my brothers since I moved to Ohio with my wife Dana. I remember Greg and Kenny had cool nicknames like Greg “The Barbarian” Chaisson and “Killer” Kenny Chaisson. Somehow I got stuck with “Terrible” Todd Chaisson. I’m sure they were referring to my bass-playing skills. Ha ha! My old-school pictures would hands-down be the easiest to make fun of, but that shit doesn’t really come up. We talk family, baseball and stuff like that. 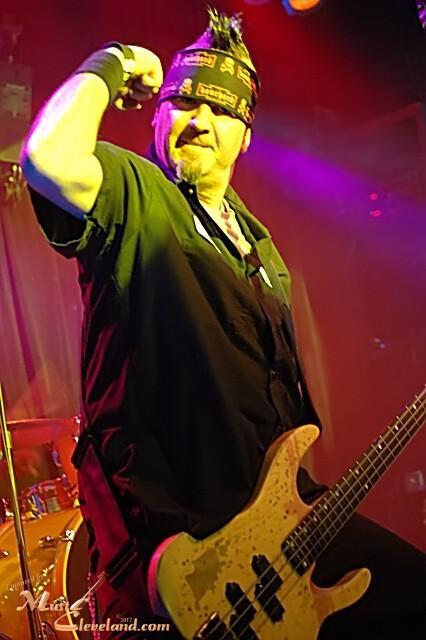 STILL TUFF: Todd flexes his bass muscle on tour with TUFF this spring

Thanks for the interview, Dave. If anybody wants to follow me or TUFF, you can find me on Facebook. TUFF will be touring this Spring/Summer on the East Coast with M3 being the biggest date. I hope to see everybody on the road.
Cheers! Todd Chaisson/TUFF