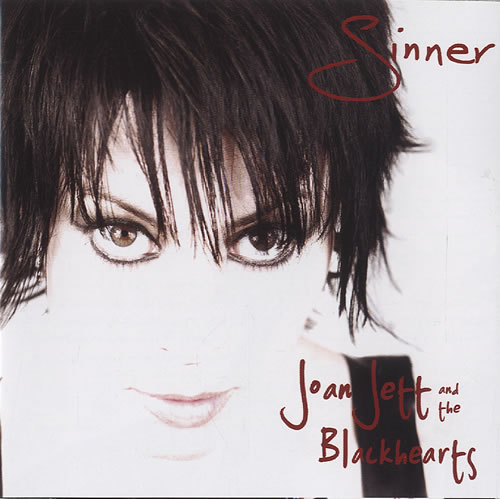 SIN-SATION: Jett’s 2006 album includes songwriting credits to Linda Perry and Kathleen Hanna as well as a cover of the Replacements’ “Androgynous.”

On tour promoting her latest album, “Sinner,” Joan Jett is rushing through (what else?) an airport when she phones for a quick interview on the eve of her recent fortysomething birthday. “Sorry,” the Philadelphia native says after a brief interruption. “I’m checking my bags and I’m getting hassled.”

Since her teens in the late-1970s all-girl rock band the Runaways, hassles have threatened to clip Jett’s wings. Initially dismissed as a novelty act in the macho world of rock ‘n’ roll, Jett proved to be tougher than leather as she overcame the naysayers to become a legend with classic 1980s hit songs and MTV videos. Backed by her bad-boy band, the Blackhearts, Jett is an inspiration and the undisputed queen of sneering punk ‘n’ roll.

With her bags finally checked, I landed Jett before takeoff.

Tell us something about yourself that contradicts your tough image.
Wow! You’d have to hang out with me (to know). I love animals. I like to read. I think people tend to think I’m mean because of the image, but that’s the biggest misconception. I’m not unapproachable.

Your new single, “A.C.D.C.” is a re-make of an old Sweet song. Why did you choose it as the single and how did you get Carmen Electra to star in the video?
When I was 15 years old, I used to go to this disco where they played glitter music, so I was aware of the song long ago. It’s provocative and I thought it would be fun to do. I happened to meet Carmen at a gig and I heard she was a fan. She’s so unaffected by her fame. She’s perfect (for the video) because she’s beautiful and she’s edgy, so we gave it a shot. 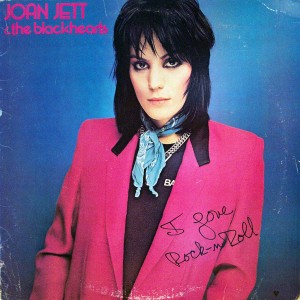 BROKEN ARROWS: After being turned down by every record company on the planet, Jett broke big with her 1981 cover of “I Love Rock-n-Roll.” It immediately became — and remains — her signature song.

Your best-known song is another cover from a little-known band called the Arrows. How did you discover “I Love Rock ‘n’ Roll”?
The Runaways were on tour in England and I heard that song. It was the B-side of an Arrows’ single. Nobody was paying attention to it, so I thought the Runaways should do it. None of the girls liked it, so I just held onto it until I had a chance to do it with the Blackhearts. It certainly wasn’t an instant hit. It took awhile because I had a lot of resistance from the industry and radio.

Were your parents supportive when you tuned into rock ‘n’ roll?
They opened their mouths and had to live by their word. They told me I could be anything I wanted in life. They were very supportive. I wanted to be an astronaut, an archeologist, an actress. Once I got to rock ‘n’ roll, I’m sure they thought it was a fad.

How do you stay in shape? How many sit-ups can you do?
I’ve probably reached 100 of different kinds, but it’s not everyday. I don’t smoke, I don’t drink and I’m pretty boring. I’m vegetarian. I exercise a bit, but not enough to claim that’s the only reason I look OK. My job is intense. It’s very physical. 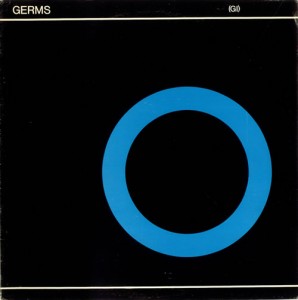 GERM WARFARE: Jett produced the Germs’ cult-classic 1979 “(GI)” album. Guitarist Pat Smear has since been a longtime member of the Foo Fighters.

What do you remember about producing the Germs’ 1979 debut album?
People remember the Germs and that time as being very wild and (messed) up. That certainly was the case in a lot of instances, but when it came time to do that record, we had four days to be serious and do it. I think they thought I knew what I was doing because I had been in the studio with the Runaways.

The new songs “Riddles” and “Change the World” are unusually political.
A lot of people are just oblivious to the fact we’re in a war. Until it affects the quality of their day, people just don’t give a (care). (Those songs) are more about starting a conversation. It’s dangerous when everyone is so righteous in their beliefs. At the same time, I understand because everyone is passionate about their vision for America. It’s an interesting time to be alive.