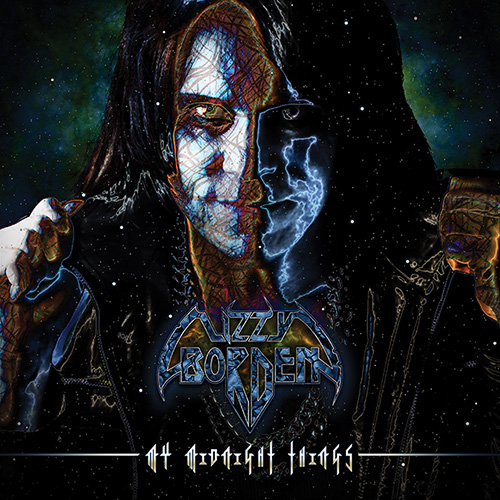 MIDNIGHT MANIAC: Lizzy’s first album in 11 years is a 10-tracker filled with dark themes and the singer’s trademark high-pitched vocals.

Some times it’s the shock rockers who get the biggest fright of all. So says axe-wielding heavy metal maniac, Lizzy Borden, who’s calling from his home in Las Vegas and kindly obliging requests for Spinal Tap moments.

“There was a time during the PMRC years when I would attack this guy who would come on stage with this big sign that said ‘No Heavy Metal,’” Lizzy recalls. “I would get so wrapped up in my character that I kept breaking the stick that held up the sign. One time, he couldn’t find a stick so he used a 2×4. It slammed me right in the mouth while I was singing and I thought all my teeth were broken out.

“Another time we came out on stage and there was so much smoke you couldn’t see,” he continues. “Our bass player at the time, Mike Davis, came charging out and went right off the edge of the stage. We didn’t even know he was gone! Luckily, he was wearing all this armor so he wasn’t hurt. Any time you use theatrics, you have to expect something is going to happen, but it’s worth the risk.”

The real reason for Lizzy’s phone call is his first new album in 11 years. Titled “My Midnight Things,” the album is set for release June 15 via Metal Blade Records. Why so long for a new album?

“It was more about the record company and the collapse of the music industry than it was about me,” Lizzy says. “There was really no point in me recording an album, because there was no path forward for reaching an audience. (Metal Blade Records boss) Brian Slagel came to me and convinced me there was a new way of doing things and he gave me a new record deal that makes sense in this day and age.”

Not that Lizzy’s been lazy. The past few years were spent grinding the overseas tour circuit, and while the live interaction is always appreciated, Lizzy was ready to get back in the studio. Just don’t ask him to name his “midnight things.”

“That’s the only question I don’t answer,” he says with a laugh, “It’s so open to interpretation and I think that’s true art — when you can have people interpret it so many different ways.

“It was the same thing with ‘Visual Lies’ or ‘Master of Disguise,’” he continues. “All my titles or theme songs are open to interpretation and, for me, that’s the goal.” 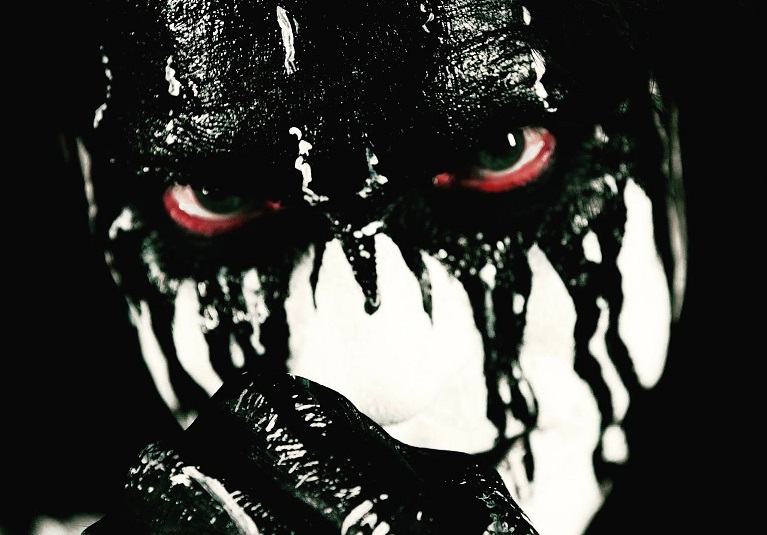 HAUNTED: Among Lizzy’s many new looks is a ghostly black-and-white facade.

As always, a new Lizzy album reveals a new look for the ever-evolving front man. A first glimpse of his latest incarnation can be seen in the video for the anthemic new single, “Long May They Haunt Us.”

“David Bowie was probably the originator of being a chameleon,” Lizzy says. “For the most part, the album drives my look. With that video, there are many different looks, because there were many different emotions the character is going through. He’s singing, but with every word, he’s turning into something else, because he’s so conflicted.” 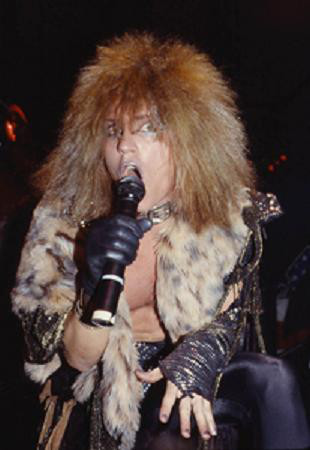 KILLER HAIR: Lizzy and his king-of-the-jungle hair during the 1980s.

“Again, it was all about the character,” he says. “In those days, the character was very animalistic. In my storyline, he had just murdered his girlfriend, buried her in the backyard and kinda went insane. So, this animalistic character had to look the part. It was pretty cool. Back then, big hair was everything and my hair was huge!”

With the downturn in radio airplay for heavy metal artists, Lizzy says video is more important than ever.

“I love it, because it’s perfect for me,” he says. “The label’s already given the green light for the next video, which is going to be ‘Obsessed With You,’ and they’ve penciled in a third and possibly fourth video. At one point, I thought video would take away from the song a little bit, because if you make (the visual) so dead-on with the lyrics, it takes away from the listener’s imagination. I’m very careful with that now, because I want to leave it, again, very open to interpretation.”

With “My Midnight Things” waiting in the wings, Lizzy is finalizing his stage show production and beginning to form a touring band. Drummers need not apply, however, as Lizzy will be backed, as always, by his lifelong musical partner and brother, Joey Scott.

“In the beginning, I chose guitar and he chose drums,” Lizzy recalls of their childhood. “Then I branched out to the bass and dabbled on piano a little bit. And, of course, I wanted to sing. We formed a cover band and played mostly UFO songs at backyard parties in the San Fernando Valley. In those days, in the San Fernando Valley, you could play to 1,000 people at a backyard party. It was great, but I had my vision for a theatrical rock band and wanted to get into writing original music.”

As for the theatrical aspects of the upcoming tour?

“I think it’s going to be the most visual thing I’ve ever done, because now I have technology at my beck and call,” Lizzy says. “I think it’s going to be pretty amazing. We’re going to let the album come out on June 15 and start talking seriously about putting a band together and seeing what territories we can hit. I really want to make a conscious effort to do a proper ‘My Midnight Things’ U.S. tour and add in some other songs that people know. ” 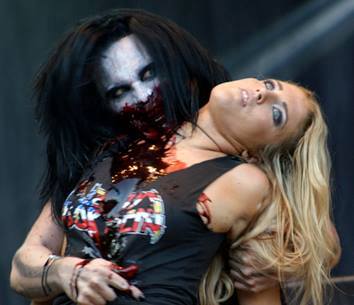 BLOODY KISSES: No stranger to censorship and public outcry, Lizzy Borden has always been driven by his lyrical themes and creative vision when it comes to his theatrical stage show.

And, no, the theatrics won’t be toned down or otherwise sanitized to appease today’s heightened call for political correctness and gender sensitivity, Lizzy says.

“I’ve never lived by the rules of society and I’ve never put my show together within the rules of society,” he says. “The reality is, my show has always been more like re-imagining a scene from a horror movie and then putting that on stage. People put me in that horror-rock category, but the reality is, there’s only one or two parts of the show that come close to resembling horror. The ‘Master of Disguise’ tour had no horror. It was maybe dark and more gothic, but no horror at all. I would never tame my show based on society, because if you do that, then forget art.”
To order your copy of “My Midnight Things,”
visit, Www.metalblade.com/lizzyborden