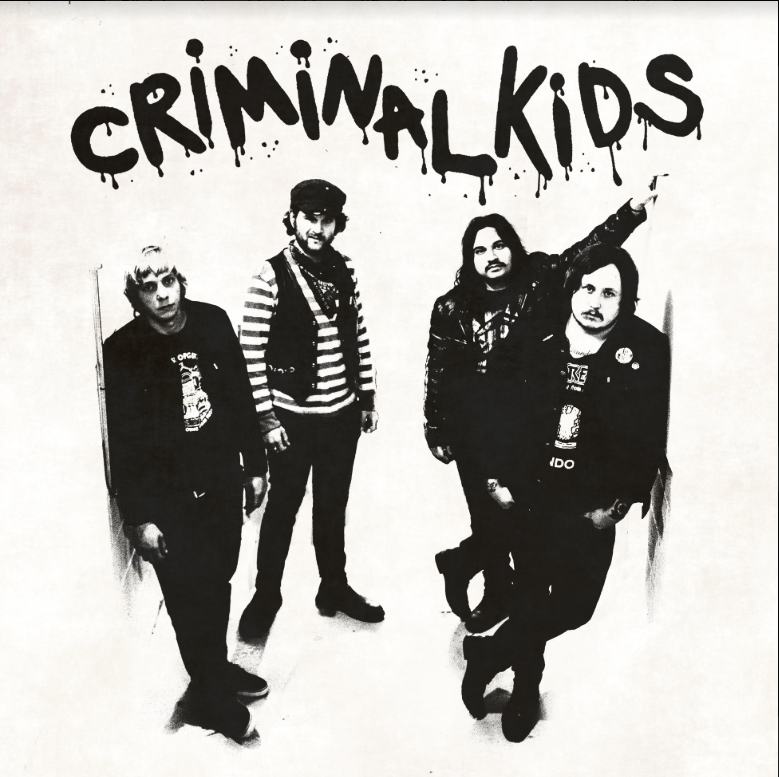 Rock-n-roll should be dirty by definition, but in the brass-knuckled fists of Criminal Kids, it’s also greasy, drunk and belligerent.

Hailing from the southside of Chicago (and probably kin to Bad, Bad Leroy Brown), Criminal Kids peddle the kind of garage-punk fury that makes you wanna ransack your boss’s house before peeling out in a muscle car on a death wish race with the law. Yeah, it’s that awesome!

Clocking in at six tracks of three-minute (or less) gut punches, this dainty little self-titled debut platter (courtesy of Spaghetty Town Records) serves up such self-explanatory titles as “Little Bitch,” “Outcast” and the fair-warning “Takin’ it Back.” There’s also a cover of the 1979 song, “Night,” by old-school Chicago punk band The Exit and the closing one-two of “Vanity” and “Life.”

At every turn, the vocals of Ryan Burgeson have that ready-to-fight Angry Anderson shout. The bass of Chris (no last name to protect the guilty) gets some cool solo runs here and there, and guitarist Mike Van Kley and drummer Anthony (just Anthony) add weight to the hammer and kicks to the ribs. Like a Zippo to a Molotov, it’s straight-up combustible.

If bands like New Disaster, Zeke, Rose Tattoo and Black Actress snap your hinges, then Criminal Kids are right up your alley. You’ve been warned, now get ya some trouble!