I like to brag about Nick Curran because he wouldn’t dare do it himself.

A talented guitarist with an outrageous image, Nick was a straight-up rock star minus the self-serving ego. For all his inky eyes, arms, neck, knuckles and God knows what else, Nick was a boyish soul despite the demonic mustache. Wholly humble and seemingly unaware of the hold he had on others, Nick was a captivating character from the moment he got out of bed.

For all his well-deserved accolades with the Fabulous Thunderbirds, Ronnie Dawson, Kim Lenz, Deguello and his own band, the Lowlifes, I will always remember Nick as the leopard-print-wearing, hollow-body-guitar killer who played on the Flash Boys’ amazing album, “Dyin’ for Somethin’ to Live For.” I adored the Flash Boys (still do) and was thrilled that this second album stood so strongly alongside the band’s tough-to-beat, self-titled debut featuring Nick’s predecessor, Jamey Simms. Not only was Nick a loveable person, but when paired with equally charismatic frontman, Frankie Nowhere, he added a second release to the Flash Boys’ catalog that now stands as two of my favorite albums. 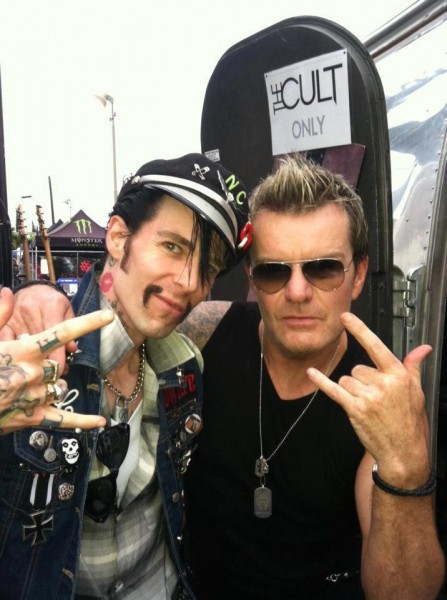 CULT HERO: Nick with one of his heroes, Billy Duffy of the Cult. I was with Nick on this day (I may have taken this photo) and will never forget ushering him through the barricade to get him backstage because he deserved it more than me.

I’m not exactly sure when the cancer took hold, but I do know Nick fought it hard for years (with the help of multiple benefit concerts put forth by his army of friends). Toward what became the end, Nick always wore his best public face. When the cancer ravaged his tongue to the point of near-speechlessness, he would collar me around the neck and pull me closer to wheeze greetings into my ear. When the chemo forced him to shave his greasy pompadour, he took it all in stride. When the oral surgery caused drool to run from the corner of his mouth, he’d wipe it away and pick up where he left off, never losing the sparkle in his eyes or succumbing to the frustration that must surely have boiled inside.

I last saw Nick at his own benefit concert at the Continental Club in August. He played like a hellion, but was clearly frail. After the show, I gave him a hug, and for the first time ever, I saw the drain of exhaustion in his eyes. I left the gig feeling uneasy having never seen Nick in such a state. But I also left proud knowing my 4-year-old son had the chance to see a real rock star. 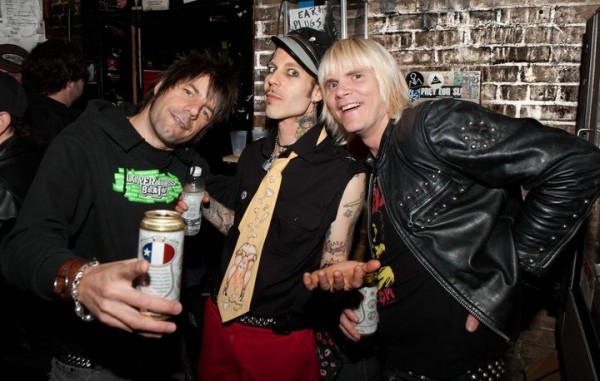 Thanks for the music and memories, Nick. You have no idea!!!