On the Wild Side with Mötley Crüe, Poison and the New York Dolls

To the drooling delight of their fans, of course, Mötley and Poison have always flashed back. Flame-throwing pyro? Hell yeah! Lightning-storm theatrics? Totally rad! Crüe drummer Tommy Lee still gets high — specifically, during his airborne drum solo that now includes what a press release calls a “360 drum rollercoaster,” whatever the hell that is.

To paraphrase former Mötley Crüe manager Doc McGhee, the glam-rock experience is “low IQ, high rpm.” Poison singer Bret Michaels prefers to call it “Nothin’ But a Good Time.” It’s certainly not without its critics or casualties, but there’s little time to worry about either when it’s time to talk dirty and shout at the devil. 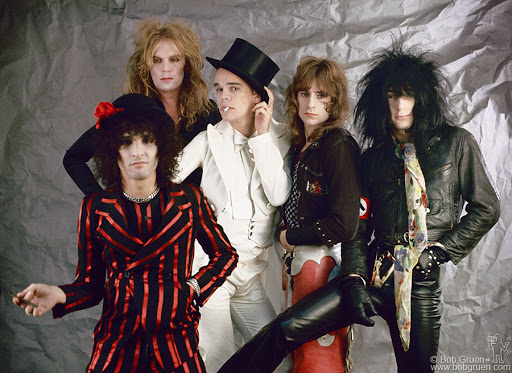 TOO MUCH, TOO SOON: In 1973, the raunchy sound and trashy look of The New York Dolls almost single-handedly created the audio/visual template for the glam-rock bands of the 1980s. (Photo by Bob Gruen)

While other glam bands have enjoyed way more commercial success (KISS, Twisted Sister, hell, even Ratt and Cinderella), almost all of them owe a debt to the Dolls.

Formed in New York in 1971, the swaggering, staggering Dolls immediately shocked and offended the unsuspecting by dressing in drag and playing with ragged abandon. Not surprisingly, the band’s trashy fashion, primal sound and hedonistic living were massive influences on subsequent punk and metal bands…such as Poison and Mötley Crüe.

While feeding a gluttonous appetite for hard drugs, the Dolls effectively imploded in 1975 after two disastrous albums that today are considered punk staples, although they more accurately reflect such influences as Bo Diddley, the Stones and doo-wop girl groups.

Prior to recording, 21-year-old drummer Billy Murcia drowned in a bathtub after a bender of booze and pills. In 1991, a heroin overdose claimed 39-year-old guitarist Johnny Thunders. A year later, second drummer Jerry Nolan died of a stroke at age 42. Finally, bassist Arthur “Killer” Kane, who had quietly found religion, died from leukemia at age 55 less than a month after a 2004 Dolls reunion gig.

With only singer David Johansen — “Buster Poindexter,” anyone? — and guitarist Sylvain Sylvain still above ground, the Dolls revamped in 2004 and have since released three albums, including the latest, Dancing Backward in High Heels. Noted guitarist Earl Slick is the newest NY Doll. Congratulations or prayers are subject to your discretion.

Honorable Mention: One Day It Will Please Us to Remember Even This (2006) 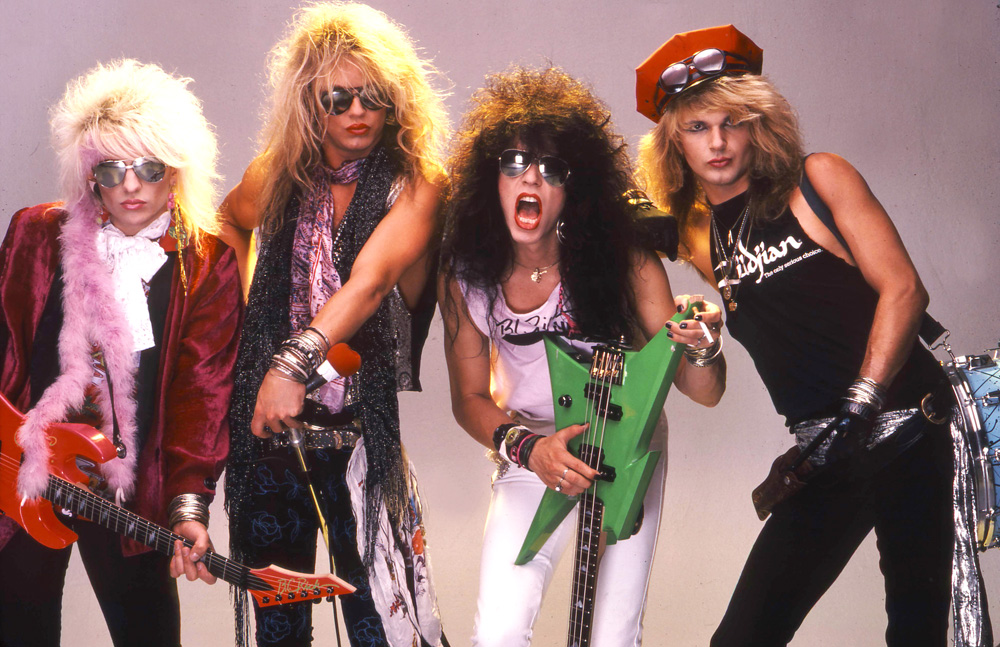 Poison: Pout at the Devil

Unlike other glam bands that wore makeup to trashy effect, the guys in Poison arrived on the scene looking hot enough to date Hugh Hefner. Flaunting come-hither pouts and hair your girlfriend would die for (in 1986), Poison’s shameless sexiness polarized the genders.

Girls loved them. Guys hated them, or so they claimed while clutching Slayer albums. Regardless, the L.A. band, by way of Pennsylvania, was hugely successful and will forever be remembered as both the face and punching bag of 1980s hair metal.

Behind the pretty-boy smiles, however, was a boatload of bad-boy behavior. Singer Bret Michaels beat Crüe drummer Tommy Lee to sex taping Pamela Anderson’s good graces. He also was involved in a death-defying 1994 car crash that demolished his Ferrari along with his nose, ribs, jaw, fingers and teeth.

Michaels has brawled more than once with substance-troubled Poison guitarist C.C. DeVille; been attacked onstage by bass-hurling bandmate Bobby Dall; and was twice targeted by drive-by bullets that riddled his tour bus’s windows.

LIVEWIRES: In 1982, Motley Crue brought the gutter to the glitter by giving the glam movement a street-tough edge. Likewise, the music was also more raw and heavier. (Credits- Joel Selvin, Randy Bachman)

Mötley Crüe: Too Fast to Live?

A band that places an ad for a “loud, rude, aggressive guitarist” is clearly looking for trouble. Mötley Crüe, meet Mick Mars.

Formed in Los Angeles in 1981 by a gang of high-school dropouts, Mötley Crüe was immediately distinctive for its raunchy guitar tone, shrieking vocals, cowbell drumming and skyscraper-inspired shag haircuts. Tattooed, high-heeled and openly under the influence, the band set new standards for bad behavior while winning rowdy fans with a unique brand of streetwise, cartoonish punk-metal.

On the way to becoming a worldwide sensation in 1984, singer and future DUI champ Vince Neil crashed his Pantera sports car into an oncoming car, maiming its two occupants and killing his friend and passenger, Nicholas “Razzle” Dingley of the band Hanoi Rocks. Jail time was minimal, so Neil could get back in front of arena crowds where he could collect paychecks to pay restitution.

Glam Trivia: In the early ’80s, Nikki Sixx began dating Lita Ford after the metal vixen introduced herself by slipping him half a Quaalude.