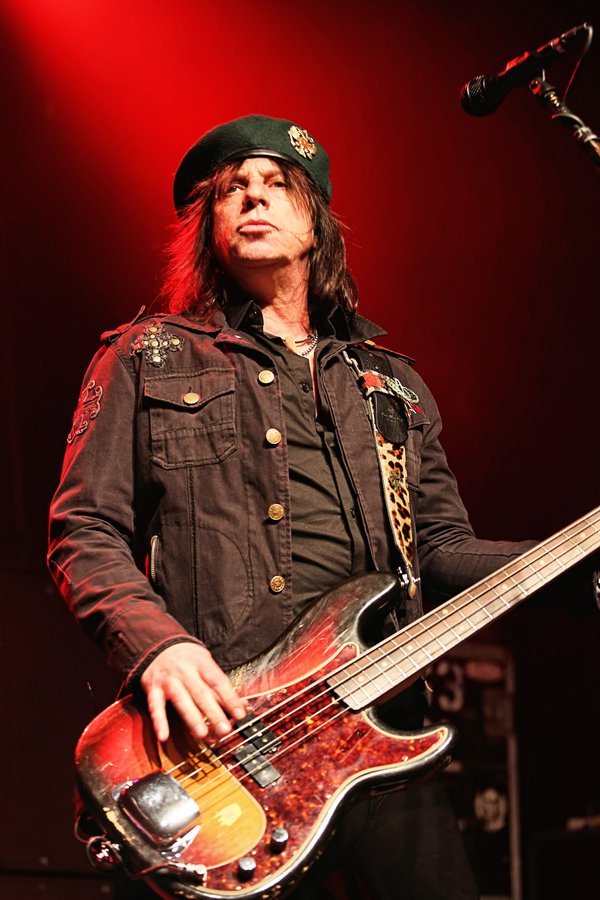 Ok that’s it … Now even my doorman’s checking on me to make sure I’m not dead sooo…, here goes.

Over a month ago now the band collectively decided that they would prefer to proceed without me. I haven’t made any sort of announcement prior to today since I believed and still believe that this news should have come from the band itself.

However, since they’re already on their 3rd or 4th show without me and still haven’t let anyone know (maybe they’re having trouble finding wifi or somethin …that shit’s expensive yo); since it was not my decision to leave the band; since I’m uncomfortable not answering the many kind but speculative messages I’ve been receiving; and finally since I believe that there are folks out there who’ve been loyal and supportive of us over the years and as such have a right to know; – Im forced post this myself in order to finally put this to rest and move forward with whatever shows up next for me.

If you’re looking for a reason you’ll need to ask them, since the one they gave me of my being ‘unhappy’ and of them ‘doing-me-a -favor-to-release-me-from-this-torment’ isn’t really resounding with the ‘Ring of Truth’…. (If everyone who had a job were sacked for being unhappy who’d clean the tollets for fuck’s sake, only happy people? … dunno…but I digress…)

While it is true I’d become unhappy about certain aspects of touring and of the state of Rock and Roll in general that I believed were of vital importance to our collective well-being, I still believe that those issues could have easily been resolved as a group. Sadly others did not agree and as a result- result.

I dunno. Im gonna go with “Im a Democrat and they’re Republicans” if anyone demands an answer or whatever…

As far as what I’m gonna do next…
Welllll hahaaaa…ZERO for the moment, but after a bit of refresh/recharge I doubt that I’ll be able to resist the temptation of the Devil’s music for very long.
First and foremost, however, I very much wanna take a moment to enjoy the life that my work with the band has provided me with, while it lasts, and I thank the band, all of em, for giving me this opportunity to do so.

I wish nothing but continued success for the guys, and I hope the new guy works out great
(I dunno who it is so please don’t ask. I do hope he’s super cute though).

In closing, to all fans of the band: Arrivederci, Nos vemos, Au revoir, いってきます, Até mais, and See ya later…

but to everyone else… Im back.