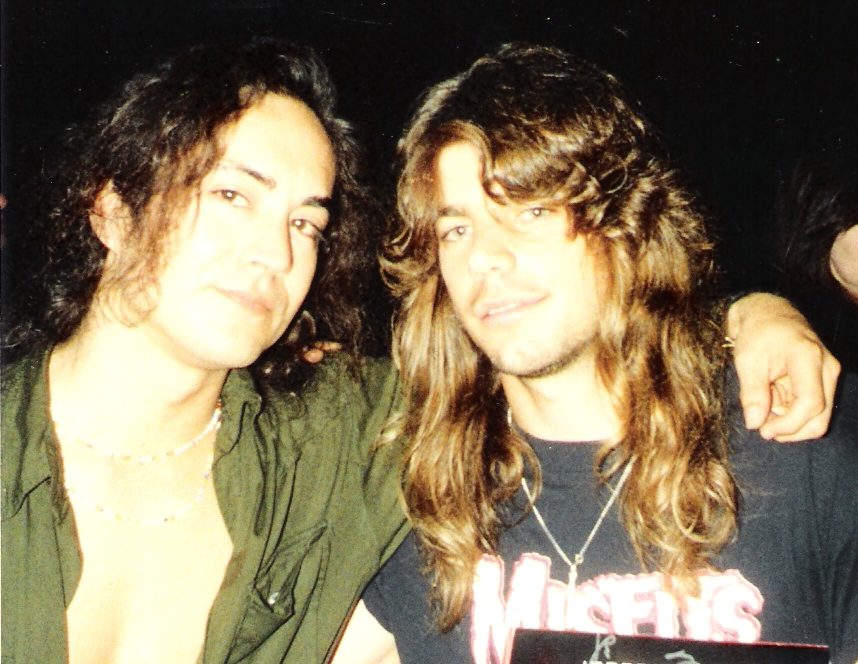 They say you never forget your first, but I honestly can’t recall. When asked to name my first “rock star” interview, it’s always a toss-up between grunge-metal gals, L7, (love ya!) and former Ozzy Osbourne guitar hero, Jake E. Lee. It was 1991 and the two interviews took place just weeks apart, leaving them subject to the chicken-or-egg debate. What I do remember is both parties being gracious enough to not laugh when I pushed “record” on a borrowed boombox to start my interviews (Chunka-click!). Rolling Stone I was not!

Jake, of course, was an instant heavy metal legend after shredding on two classic Ozzy albums, “Bark at the Moon” and “The Ultimate Sin.” In the days before I learned the protocol for properly scheduling interviews, I would camp behind venues for entire afternoons hoping to ambush, er, approach my idols. Such was the case with Jake when he resurfaced on the club circuit in San Antonio with his post-Ozzy band, Badlands.

Long story short, Jake was too busy to talk before the gig (duh!) so I tried my luck again in the wee hours afterward. Angling with all the persuasion I could muster, Jake finally agreed to talk in exchange for a cigarette. Better still, he climbed into my strategically parked car, fired up his smoke and sat shotgun with me behind the club as I readied my trusty ghetto blaster (Chunka-click!). Yes, he badmouthed Ozzy (and then deflected subsequent prying), but the only real dirt I remember that night was left behind on my floorboard thanks to Jake’s boots. Of course, I refused to vacuum the evidence choosing instead to show it off to all my metal-head buddies (Duuuuude!).

Today, I’d probably cringe if I re-read the story that published in my college campus newspaper. I’d like to think I’ve come a long way since then; and now that I’ve interviewed Ozzy himself a couple times, I’m convinced I’m doing something right (or at least a notch above half-assed). At the very least, I’ve discarded the boombox (Chunka-RIP!). Hey, ya gotta start somewhere!