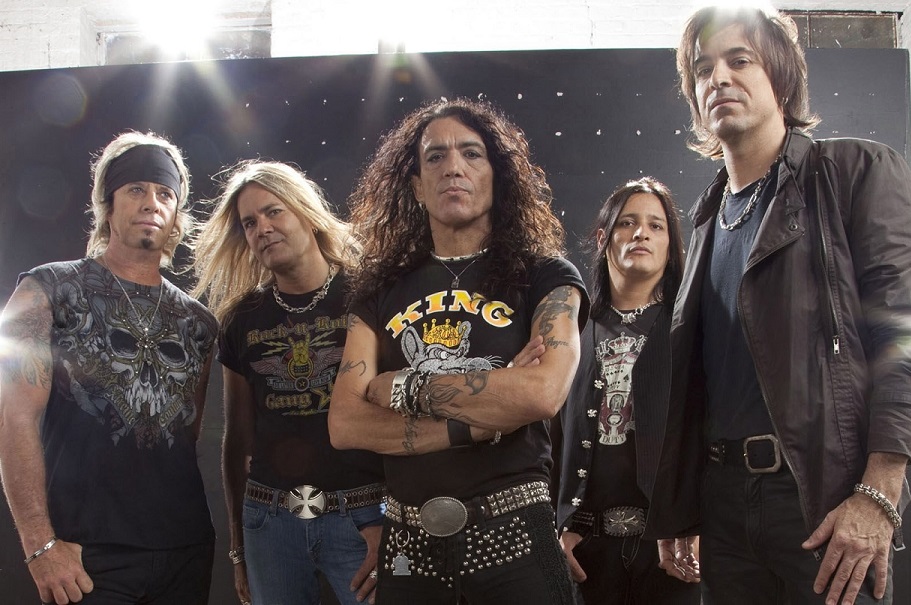 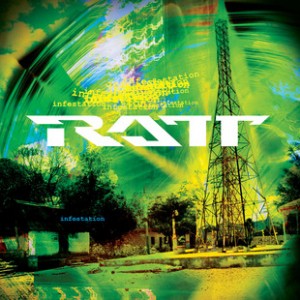 BACK FOR MORE: “Infestation” is Ratt’s best album since 1984’s blockbuster, “Out of the Cellar.” If you’re a Ratt fan, you need this album.

OK, so I recently bagged Ratt for being less-than-fierce while opening for the Scorpions last month. Truth be told, there may not be a band on the planet that could have competed with the Scorpions’ mojo that Saturday night in metal-heavy San Antonio. That said, I’d be criminally negligent if I didn’t call Ratt’s latest album, “Infestation,” the band’s best since 1984’s “Out of the Cellar.” “Really?” you ask. Yes! “Have you been drinking?” Not until noon.

At this point, a new album by Ratt should be as forgettable as the latest release from BulletBoys. Instead, “Infestation” rips like a mutha!! It took me a while to finally get my hands on it, but once I did, “Infestation” had my head slamming into the steering wheel.

Right out of the box (cellar?), opening track “Eat Me Up Alive” rips your face off. As usual, singer Stephen Pearcy wheezes like a pack-a-day alleycat trying to outrun Bobby Blotzer’s brutal drums. By the time guitarists Warren DeMartini and newcomer Carlos Cavazo (ex-Quiet Riot), slice you to shreds, you have to wonder if Ratt has been listening to Judas Priest’s “Painkiller” album. At the very least, it sounds like the guys have been drinking gasoline!

“Take a Big Bite” is another hammer-to-the-head. Actually, it’s not even a song – it’s a bulldozer! Possibly the heaviest thing Ratt’s ever unleashed, this beauty pummels like Crank Couonty Daredevils on a deathwish run to the liquor store. The chugging guitar riffs sound like a Blackhawk helicopter and, again, the rhythm section and dueling guitars rumble and crack like thunder and lightning. It’s not Slayer, of course, but it’ll beat you senseless just the same.

Even Ratt’s milder moments steer clear of the candy-assed wuss bucket. Lead single, “Best of Me,” features some big, hooky whoa-whoa backup vocals, but they’re hardly a turd in the punch (although the “wedding dress” lyric smells like cheese). In fact, “Best of Me” may be the closest echo from Ratt’s melodic-metal past (you may even hear shades of Dokken and Van Halen’s “Jump”). Ratt has never apologized for leaning toward pop, nor should they, as long as it leaves a metallic aftertaste as it does so nicely here.

The album’s lone ballad, “Take Me Home,” features vocals as “clean” as Pearcy gets. The song has a nice build and benefits from its positioning near the end of the album where it gets room to breathe (and provides the listener a breather). It’s a good song that would have been the obligatory “softer” follow-up single in 1985.

Out of 11 tracks on “Infestation,” a full nine of them are gate-crashing stormers (“Lost Weekend” sounds like an updated “Lack of Communication” and album-closer “Don’t Let Go” is another kick-in-the-head courtesy of Blotzer’s rapid-fire fills). “Look Out Below” is a bit sing-songy and plodding, but stands alone as the only so-so track on an otherwise awesome record.

Cavazo brings new firepower to Ratt’s guitar attack and Blotzer is playing like he’s positively pumped on steroids (which, of course, gives “Infestation” its driving immediacy). It’s too bad Ratt already used the title “Detonator” on a previous album, because it’s actually much more suited to “Infestation.” Explosive, hard-charging and rabidly infectious, Ratt’s “Infestation” is a decadent slam that’s already earmarked as an end-of-the-year Top 10 album.

“Infestation” videos here and below