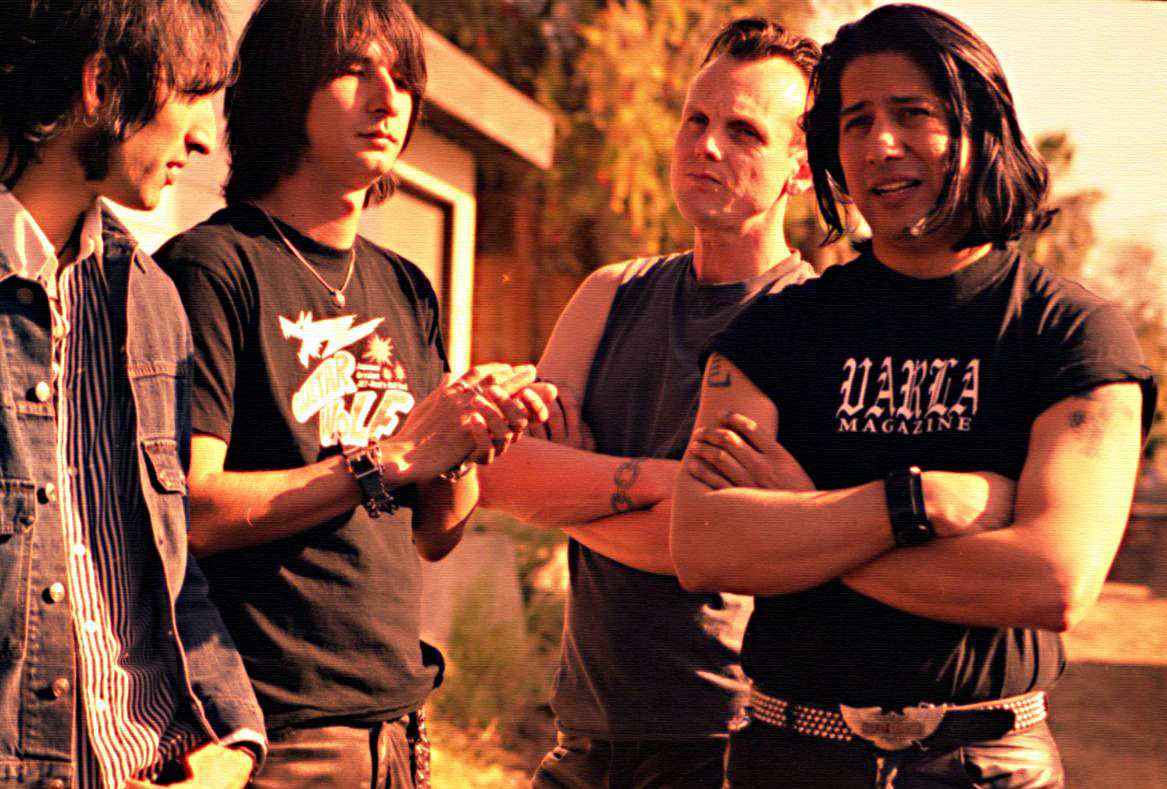 Good news blew in on a breeze of Jack and Coke this morning when Mario Escovedo emailed from San Diego to report the Dragons are dusting off their leather pants and reuniting for a pair of rowdy gigs at San Francisco’s Thee Parkside July 30-31. From there, the rock-n-roll kamikazes set their sights on the Las Vegas Shakedown Aug. 14 at Beauty Bar. I’d warn you to lock up your daughters, but your booze is the more likely victim.

Borrowing from the Rolling Stones and a long list of Glimmer Twins mainliners, including the New York Dolls, Dictators and Hanoi Rocks, the Dragons released a stellar string of shout-along albums between the early ‘90’s and 2003. Along the way, the band played more than a dozen SXSW showcase gigs in Austin, TX and eventually signed to San Francisco’s Gearhead Records thanks to the label’s tolerance for loose-n-boozy rawk. The Dragons gave it hell during their time in the van, but the wheels sadly screeched to a final halt in 2005. Look up the Dragons’ discography, and if money’s tight, be sure to at least buy (or steal) the shoulda-been-a-blockbuster “Rock-N-Roll Kamikaze” and “Sin Salvation” (although you can’t go wrong with anything belching the Dragons’ breathe).

Now, if only Mario could get his brother Alejandro to call in a favor to his pal Bruce Springsteen …