Gene Simmons calling: ‘Is this a good time?’ 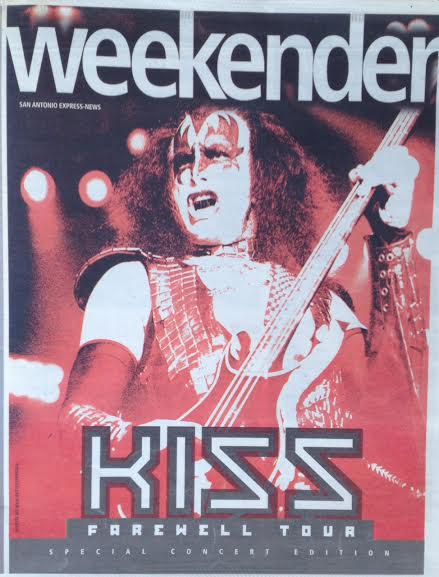 ROCK-N-ROLL WEEKEND: The cover of the special edition containing my interview with Gene.

As part of the ongoing KISS farewell tour, I requested an interview with Gene Simmons on behalf of the San Antonio Express-News, but was told my childhood hero wasn’t scheduling press. Instead, I was told, he would carry my phone number with him and (maybe) call if and when the mood struck. Naturally, I jumped every time the damn phone rang.

As my landline reached its third or fourth ring, I slammed the door behind me and ran back inside to answer. Hello? “Hi, it’s Gene Simmons calling for Dave.” Gene! “Is this a good time?” Never better. Thanks for calling.

And so goes my first of five interviews with KISS, the band that turned my world upside down. 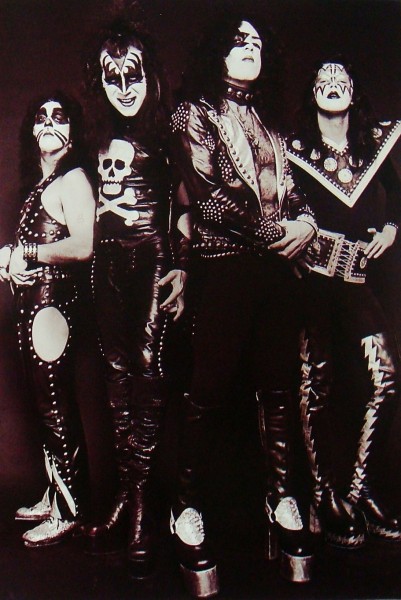 By David Glessner
Special to the Express-News
March 31, 2000

Since joining forces in the early ’70s, the four painted faces of Kiss have become more widely recognized than the faces of Mount Rushmore.

Boasting album sales of more than 80 million and a succession of gold and platinum awards second only to the Beatles, Kiss is as globally recognized as McDonald’s, Nike and Budweiser. So why pucker up and bid farewell at the Alamodome tonight?

“We’ve accomplished everything a band could hope to do,” said bassist Gene Simmons during a surprise phone call. “It’s time to hang up the platform heels and go out with some dignity. And if we’re going to stop, we’ve got to say thank you to the bosses – the fans. Kiss will continue in other ways. Everybody’s got a lot of projects, but we’re trying not to talk about them now, because we don’t want to dilute what we’re doing at the moment.” 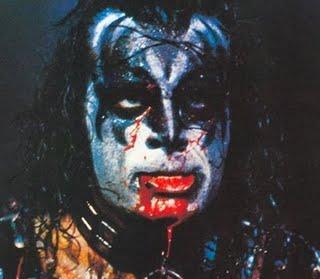 A childhood hero to millions, Simmons is the eternal king of the rock-star hierarchy. About the time Marilyn Manson quit spitting up on his mommy, Simmons became universally notorious as a leering, oversexed Antichrist who spit blood and fire between lashes of his world-famous tongue.

“The stage is a holy place,” Simmons said. “The stage is for the stars and the stars better be bright. Rock ‘n’ roll is in a sad place right now because Seattle killed it. Why get on stage looking like the pizza delivery guy when you can dress up to go to the party?” 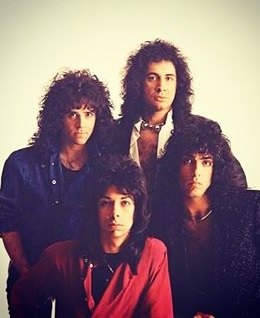 After ruling music in the ’70s, Kiss found itself without Criss and Frehley by the early ’80s. Drugs and booze had consumed the drummer and guitarist, and the substance-free Stanley and Simmons bounced them out of the band. With drummer Eric Carr (who died tragically of cancer in 1991) and guitarist Vinnie Vincent added to the lineup, Kiss publicly unmasked for the first time ever and started a makeup/costume-free second career phase with the 1983 release, “Lick it Up.”

“It was very strange,” Simmons said, regarding the no-makeup adjustment. “We were going through a period of self-analysis. We were asking ourselves if makeup and bombs was all we were. We probably should have left it alone. It’s like Clark Kent and Superman. Both are just as strong as the other, but let’s face it, Superman is cooler.” 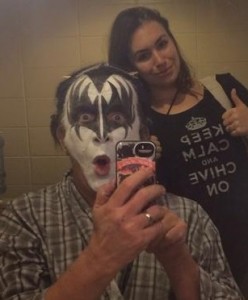 Kiss managed to do big business in the ’80s, but the mystique and hard-core fans were gone – until a clean and sober Frehley and Criss agreed to a full-blown, dust-off-the-costumes, put-on-the-makeup reunion tour that became the highest-grossing tour of 1996-97. Considering the band’s immeasurable riches, you’d think a makeup artist would be on staff.

“We (applied the makeup) the first time and we’ll do it the last time,” Simmons said. “I once put it on in under an hour, but we usually close the doors, take our time, talk about what’s going on. Incidentally, that last time will be a heart-wrenching experience.” 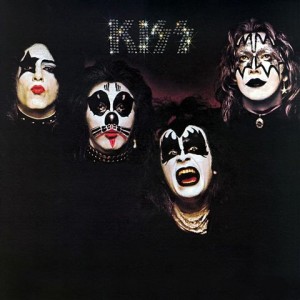 KISS DISCS
Kiss has its share of latter-day stinkers, but the classics are mandatory.

Kiss-tory quiz
Kiss die-hards pride themselves on knowing the most obscure facts. See how you fare (answers follow questions).