Review: The Claws ‘No Connection’ 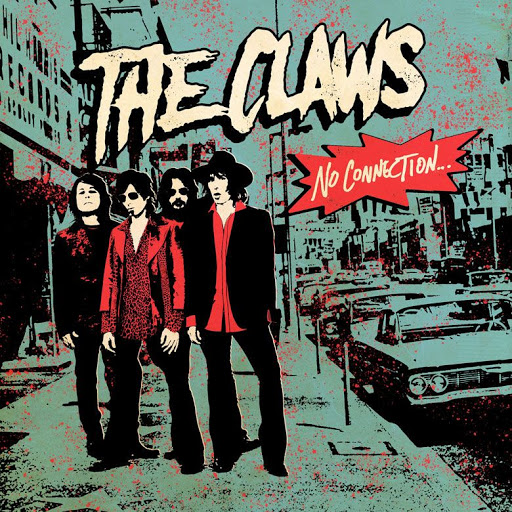 Some of the greatest rock-n-roll was wrapped in velvet flares, but if you’re gonna mirror the masters, you better get it right. Cue The Claws.

In the space of 10 tracks, The Claws echo enough vintage ‘70s shag-rock to spook the early Black Crowes. “Little Glimmer” teases and purrs before shifting into a piano-driven boogie. The title track rides a hi-hat so swishy you’ll start seeing mirror balls. “Jackson Square” paints you into the eerie shimmer of a dampened alley where you half expect Mick Jagger to turn the corner with those Puerto Rican girls “that’s just dyin’ ta meet chew!”

On an album rich with glittery nuance, the straight-ahead rockers are “Stumbling Around” and “California M.I.A” – both of which immediately get The Claws stuck in ya.

Musically, the band is well-schooled in the retro vibes of slide guitar, harp, Hammond B-3 and hip-shake tambourine, but “No Connection” also offers sparks of heartland rock-n-roll (“Wasting Time”), moody jangle-rock (“Howl and the Buzz”), slinky serenades (“Just For a Moment”) and a Spaghetti Western-style track so dusty and parched you’ll wipe sweat from your brow while shooting tequila (“Ghost Blood”).

With Cherry on top, The Claws have the quintessential front man for this brand of swagger rock – namely a finger-snapping, swivel-shouldered, hip-slinger whose voice whispers, screeches and rasps with all the sly sass of a barroom Romeo.

When last call finally rings out, “No Connection” serves as 100% proof The Claws have studied the coolest of cool influences and wear them all with flair to spare.