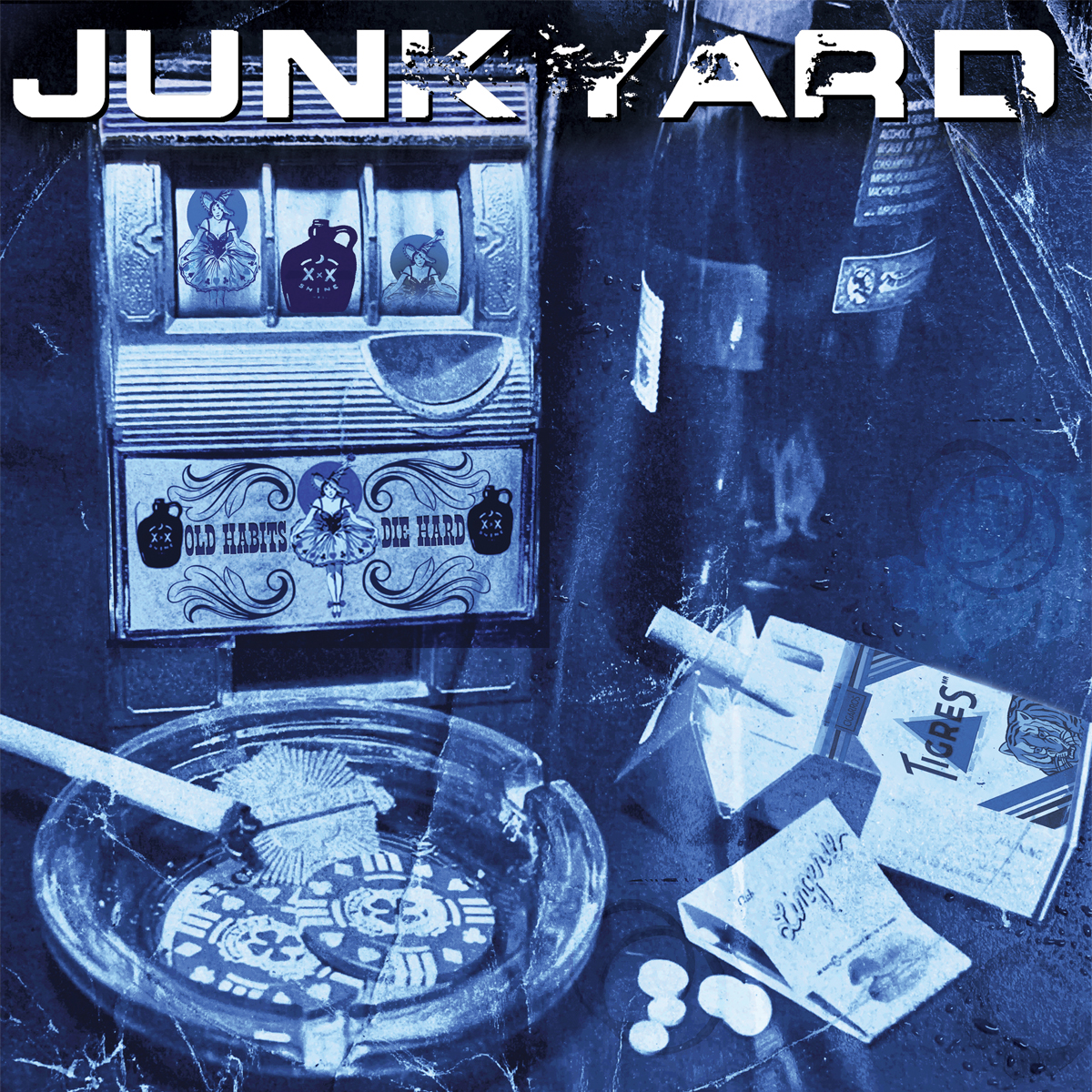 Few things are more exciting than finding a lost stash, and when the goodies in question come courtesy of Junkyard, you best call in sick and enjoy the buzz.

“Old Habits Die Hard” amounts to what would have been Junkyard’s third major-label album circa 1992 had the greasy, boogie-punk, blooze rockers not been guilty by association when Seattle washed away Hollywood’s hair bands. To be clear, Junkyard was always more “street” than Strip. Uglier, too!

While highlights await at every turn, the lost-soul lament of “Hangin’ Around” offers the unique twist of a gruff Gates sharing duet vocals with Roach. As the song unfolds, the two Texans tell their true tale of moving to Hollywood seeking fortune and fame, but instead finding themselves “washing windows for spare change and sleeping on the ground.”

“Tried & True,” penned by then-writing partner/current ’Yard guitarist Tim Mosher, is a holdover from his previous band, Broken Glass, and easily could’ve rivaled or surpassed any gritty ballad by Junkyard’s former opening act, the Black Crowes, had it been released on time. Then again, great songs are timeless.

Another track for the ages is “Holdin’ On,” which sounds like it could’ve been co-written by former writing partner Steve Earle given its open-road, Americana vibe.

Packaged with lyrics, vintage photos and available in “beer-colored” vinyl (Yes, please!), “Old Habits” perfectly captures Junkyard’s dirt-kicking, signature sound. And, arriving as it does on the heels of the revamped band’s excellent 2017 comeback release, “High Water,” Junkyard proves to be both currently relevant and historically vital.

Fun Fact: “Old Habits Die Hard” opens with an “Introduction” by Hollywood scenester Donnie Popejoy who used to introduce the likes of Junkyard, the Hangmen and L7, among others. Arriving in full tuxedo after coming from his gig as a maître d’ at a local fancy restaurant, his habit of holding two beer cans stacked on top of each other earned him the nickname, “Two Cans Donnie.” Sounds like the perfect host.