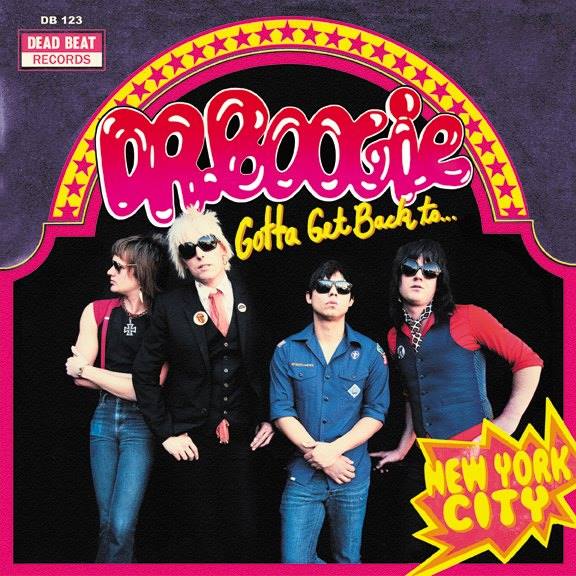 Like a lot of great rock bands, Dr. Boogie owes a nod and a wink to the sozzled swagger of Rod Stewart’s Faces and the slinky sting of Rolling Stones guitars.

“Down This Road” and “Life on the Breadline” recall Izzy Stradlin and the Ju Ju Hounds, while “Together” sounds like something the Stones left behind when they wrapped up 1978’s “Some Girls.” Yeah, it’s that good.

“Queen of the Streets” has a hint of unplugged Guns N’ Roses melancholy and “Personal Matter” is more Toxic than Glimmer Twins. The revved-up title track is the album’s shout-along punk rocker (complete with a telling reference to the Flaming Groovies) while “Cut at the Knees” incorporates ominous undertones perfectly suited to its night-prowler lyrics. As implied by its title, “Really Good Feeling” absolutely beams with grit-pop shimmy.

At only eight songs, “Gotta Get Back to New York City” is also a vintage case of leave ’em wanting more — which is much better than being bludgeoned into boredom, no matter how good the band.

* Overall Grade: A+
* Favorite Tracks: “Together,” “Life on the Breadline” and the title track
* Secret Weapons: Singer Chris P’s nicotine rasp, which is equal measures of Rod Stewart and Izzy Stradlin with a dab of Steve Marriott; well-placed Hammond B3
* For Fans of: All the aforementioned influences, plus the Quireboys, Dogs D’Amour, River City Rebels and leopard-print neckties