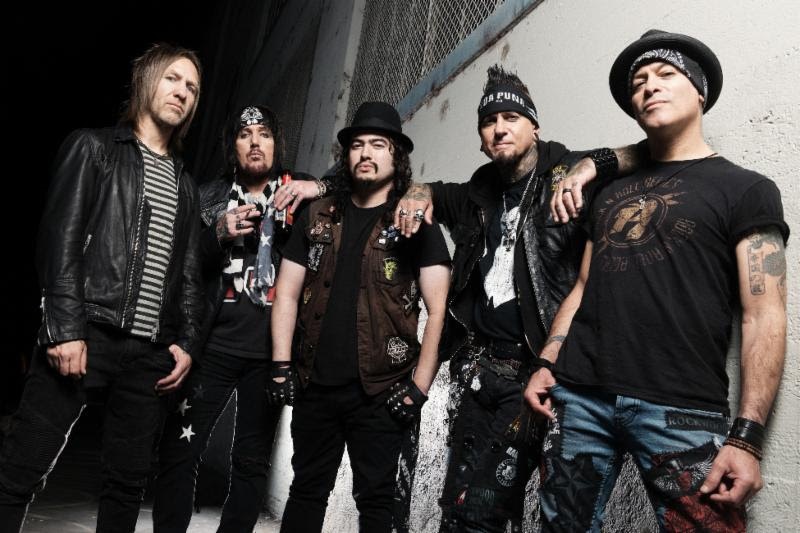 Under the radar for most of three decades, Jetboy returns with an out-of-the-blue album called “Born to Fly.” Looks like I picked the wrong week to quit hustling rock.

Opening track “Beating the Odds” comes out swinging with a vocal cadence that recalls Judas Priest’s “Rapid Fire.” Other fist pounders include the salacious “Old Dog, New Tricks” and the bass-driven social commentary of “All Over Again.”

Some heart-on-sleeve sentiment creeps into the weary Ju Ju Hounds shuffle of “The Way That You Move Me” and “Every Time I Go” (just don’t call ’em ballads, ’cause they’re not); while the title track will stir the envy of worldwide marketing agencies for not penning the swaying singalong as a television commercial. It’s that catchy.

Of course, this being a Jetboy album, it’s only fitting that party favors are offered up in the gyrating “She” and self-explanatory “Party Time!”

For all of Jetboy’s no-frills straightforwardness, the band shows a knack for seasoning its repertoire with Finn’s harp playing, some bluesy slide guitar runs and, perhaps most notably, the well-placed, infectious backup vocals (“Brokenhearted Daydream,” among others) that deftly lend various songs added boogie and lift. Nice touches, one and all.

Like their idols Cheap Trick, KISS, Aerosmith and AC/DC, Jetboy’s calling card has always been instantly memorable anthem rock that’s all about getting your kicks, escaping the grind and fighting the good fight.

For a band that’s endured its share of tragedy and dashed hopes, “Born to Fly” is nothing less than a triumph. It also lands Jetboy alongside late-1980s peers Junkyard and L.A. Guns as a band that today is matching or surpassing the sonic quality of its far away yesteryear.