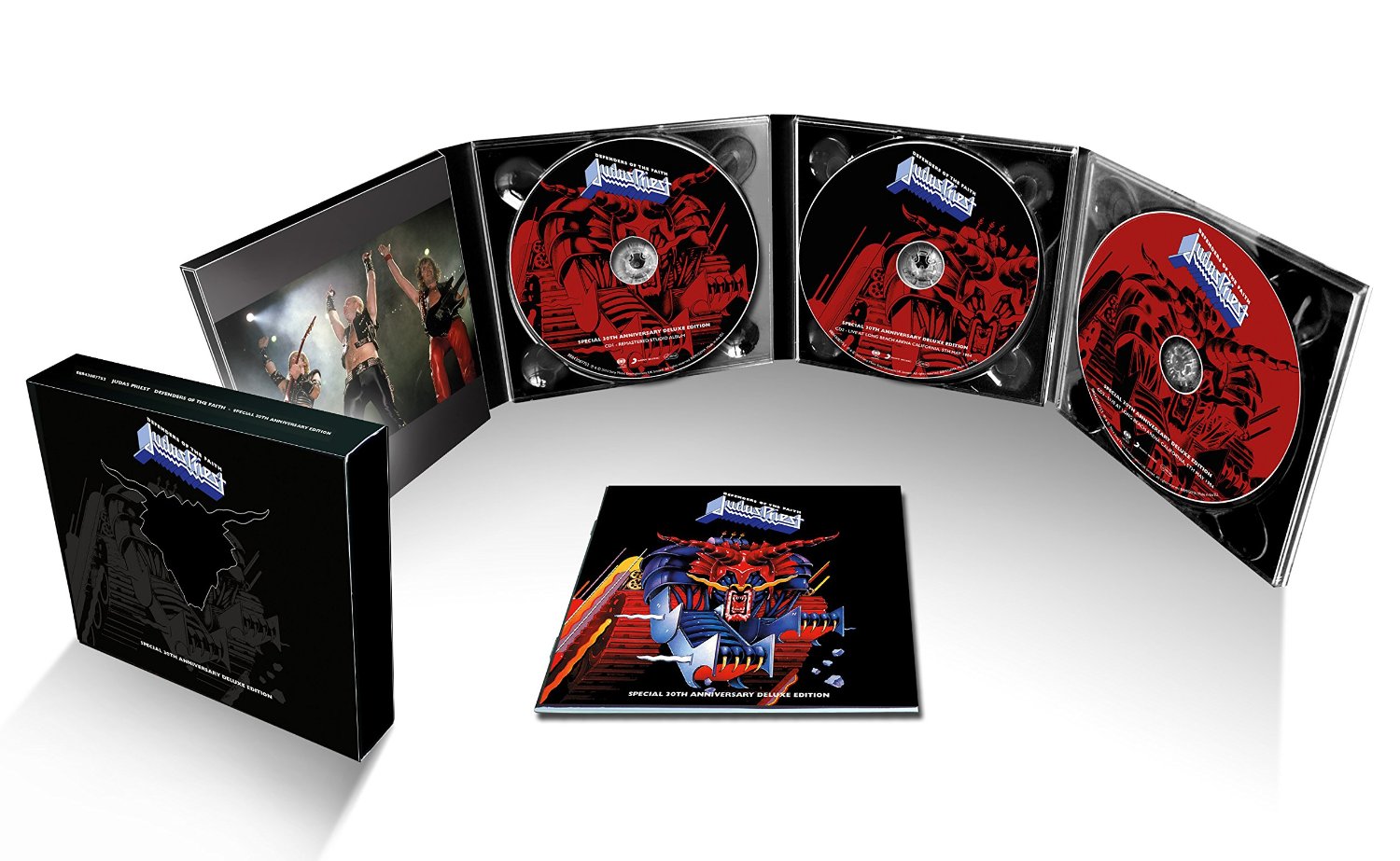 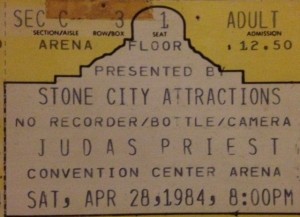 Compared to my other youthful offenses, lying to my parents so I could attend my first Judas Priest concert is practically cute today. Seriously. Just ask my Mom.

The year was 1984. My co-conspirator was my younger sister who — despite a mighty showing by the storming Priest (and a hungry Great White) — would somehow prove immune to the seductive corruption of heavy metal concerts. Hey, I tried!

Now, some 31 years after telling Mom and Dad I was spending the night at a friend’s house, Judas Priest has re-released an expanded version of 1984’s “Defenders of the Faith” album. For obvious reasons, I always think of this album as a guilty pleasure, but not in the same sense as Bon Jovi or Apple Jacks. I also consider “Defenders” to be Judas Priest’s last truly classic album.

Reissues, of course, almost always need to sweeten the cake and this is where “Defenders” redux delivers a goodie. Recorded live at Long Beach Arena on the 1984 “Defenders” tour, the added 21-track, two-disc concert is must-have nostalgia. I mean, how can you possibly go wrong with a Priest concert that backtracks from 1984? Exactly! You can’t.

The audio is a bit bottom-heavy in places and “Desert Plains” loses some of its vibe because it’s played too fast, but it’s impossible to numb the exhilarating rush of “Grinder,” “The Sinner,” “Victim of Changes,” “The Green Manalishi (with the Two-Pronged Crown),” “Hellbent for Leather” and “You’ve Got Another Thing Coming” mixed with then-new tracks from “Defenders.” And hey, do I even need to remind you there are few greater pleasures in all of heavy metal than hearing Rob Halford singing live at his peak? If so, please retire your black leather jacket.

As for the packaging, “Defenders” gets an embossed variation of the original artwork, period photos, liner notes from both band and my fellow/former Metal Edge magazine scribe, Bryan Reesman (whose liners have been previously blessed by the Priest) and a humorous retelling of the time when Priest fans uprooted and started tossing the seats at Madison Square Garden leading to a lifetime ban and $250,000 in damages (or upgrades if we’re telling the truth).

The reissued “Defenders” follows 2012’s beautifully reissued “Screaming for Vengeance,” which added bonus tracks and a live recording of Judas Priest’s monumental 1983 US Festival performance. Pair both alongside last year’s excellent new studio album, “Redeemer of Souls,” and the recent output of Judas Priest makes for a welcome series of high notes.

* Overall Grade: A-
* Favorite Tracks: “Night Comes Down,” “The Sentinel,” “Some Heads Are Gonna Roll”
* For Fans of: Definitive heavy metal, living after midnight, black leather