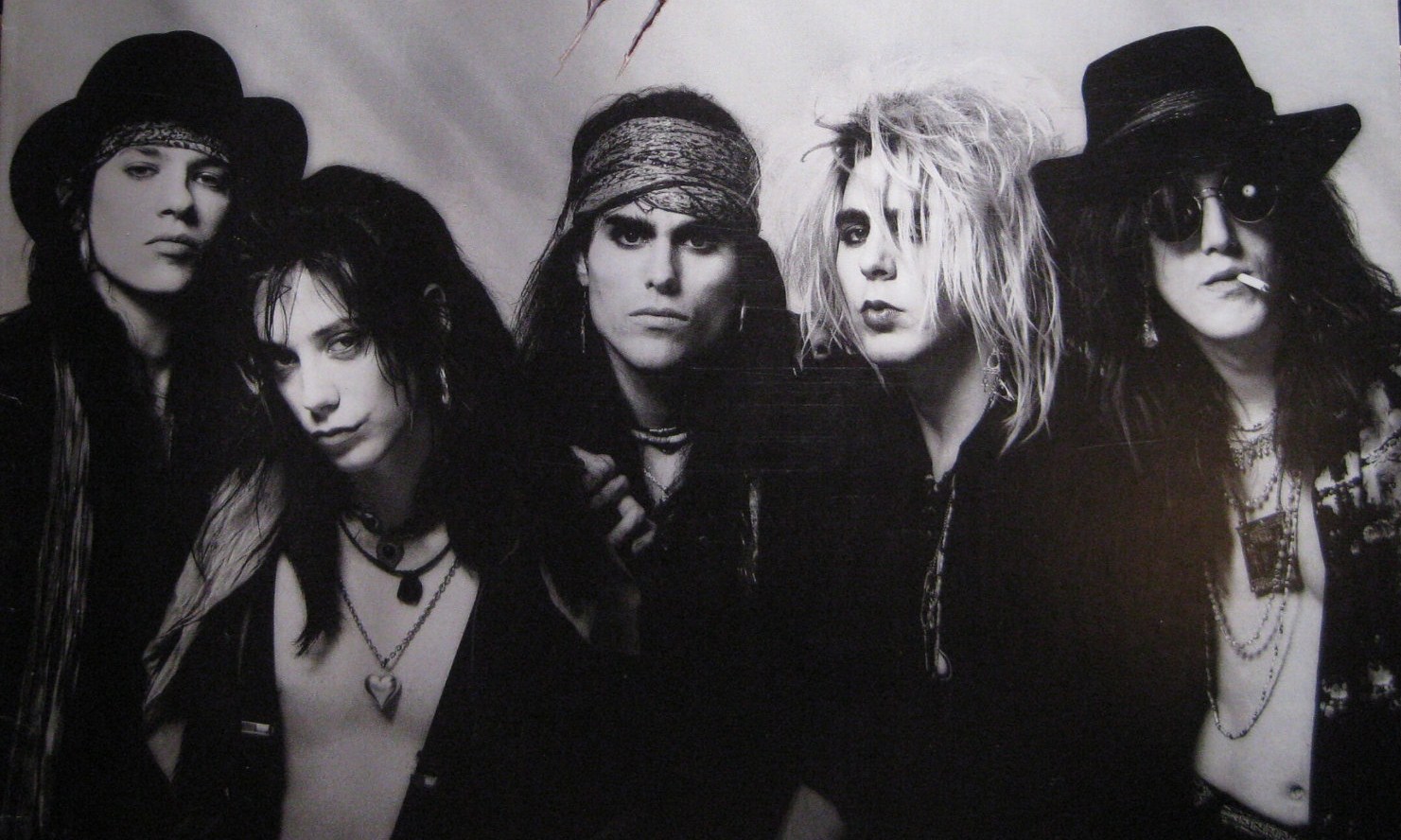 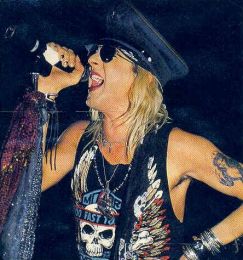 IT’S SO WHEEZY: Taime Downe’s cat-scratch snarl was at the forefront of the Pussycat sound.

I remember seeing an ad for Faster Pussycat’s 1987 debut album and thinking, “There aren’t enough kegs in St. Louis to make me like this band.” Guitarist Brent Muscat was so pretty and pouty I just wanted to punch him. And because I’d never heard of breast-obsessed filmmaker Russ Meyer, I thought the band name was way too wussy and weak.

As far as late-’80s sleaze bands were concerned, I was sold on the switchblade machismo of scuzz-glam L.A. hooligans like Motley Crue, Guns N’ Roses and WASP. But Faster Pussycat? Sorry. These low-dollar floozies looked like a bunch of scarf-tangled she-hags. No thanks!

At some point thereafter, I was riding shotgun in my girlfriend’s car when she whipped out a brand-new “Faster Pussycat” cassette and proclaimed it as cool as Guns N’ Roses. “You’ve got to be kidding!” I protested. No way in Satan’s red-hot hell is this pack of puckered Pussies gonna kick my ass! Ain’t gonna happen!

Despite my objections, she jammed the cassette into the car stereo and drowned my complaining under a wave of volume. Her told-ya-so smile added insult to injury as opening track, “Don’t Change That Song,” tore through the speakers like a runaway chainsaw. Whooaa!! 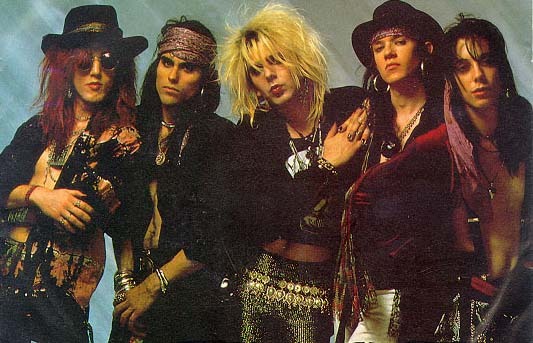 LIPSTICK JUNKIES AND RUNAWAYS: Eric Stacy, Greg Steele, Taime Downe, Mark Michals and Brent Muscat. Michals was later busted for Fed-Exing heroin to himself while the band was on tour.

This was some of the dirtiest, raunchiest, most debauched sounding music I’d ever heard.

Boozy and crackling with punk-slop distortion, Faster Pussycat had all the ragtime grooves of Aerosmith and the Faces mixed with the snarl of an alleyway knife fight. In other words, I LOVED it!

And that voice! Grating, sneering and dripping with disease, singer Taime Downe slurred like he’d been swilling whiskey from an ashtray without stopping to spit out the butts. When he pushed his wheeze to a yelp, it sounded like the tongue-flapping scream you hear when a cartoon character gets an anvil dropped on his foot. Blood-curdling. Electrocuted. Perfect!

I already felt dirty just for listening, but the depravity continued with “Cathouse,” “Bathroom Wall,” “Ship Comes In” and “City Has No Heart.” I liked the lurid lyrics of “Smash Alley” so much it became the nickname of my future apartment (and for good reason). Even the goofy “Babylon” was garage-y and fun enough in the days before rap-rock could drive you to suicide. 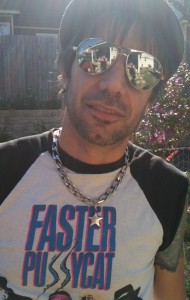 As for the album-cover image that initially turned me off? I came to appreciate it for its wholly intended perverted decadence – kinda like the bastard stepchildren of the New York Dolls, but with an overdose of LA’s sinfully soiled glamor. In fact, I was so smitten with Faster Pussycat that I spent years searching far and wide (unsuccessfully) for a T-shirt bearing that very image as a tribute to my love of the album. Two decades later, my friend Jason McMaster gifted me with a well-worn, original tour shirt he copped from the Pussycats when his band, Dangerous Toys, toured as their opening act. Score!

Subsequent Faster Pussycat albums weren’t nearly as good as the debut. The follow-up, “Wake Me When It’s Over,” was half-good, but scrubbed fairly clean of the decadent haze that left the debut so beautifully scarred and imperfect. Every album afterward was, well, goth-awful (although I do like their dead-on cover of Carly Simon’s “You’re So Vain” and admit to liking the written-for-radio-attempt-at-a-hit song “Nonstop to Nowhere” when the beer is cold and the sun’s just right).

Song-for-song, “Faster Pussycat” isn’t quite as bulletproof as Guns N’ Roses’ “Appetite for Destruction” or Motley Crue’s “Too Fast for Love,” but it definitely slithers through the gutter alongside the very best and still stands as one of my favorite albums. So much for judging a band by its cover!