Review: Valkyrie Returns From the Grave with Revamped ‘Choosers of the Slain’ 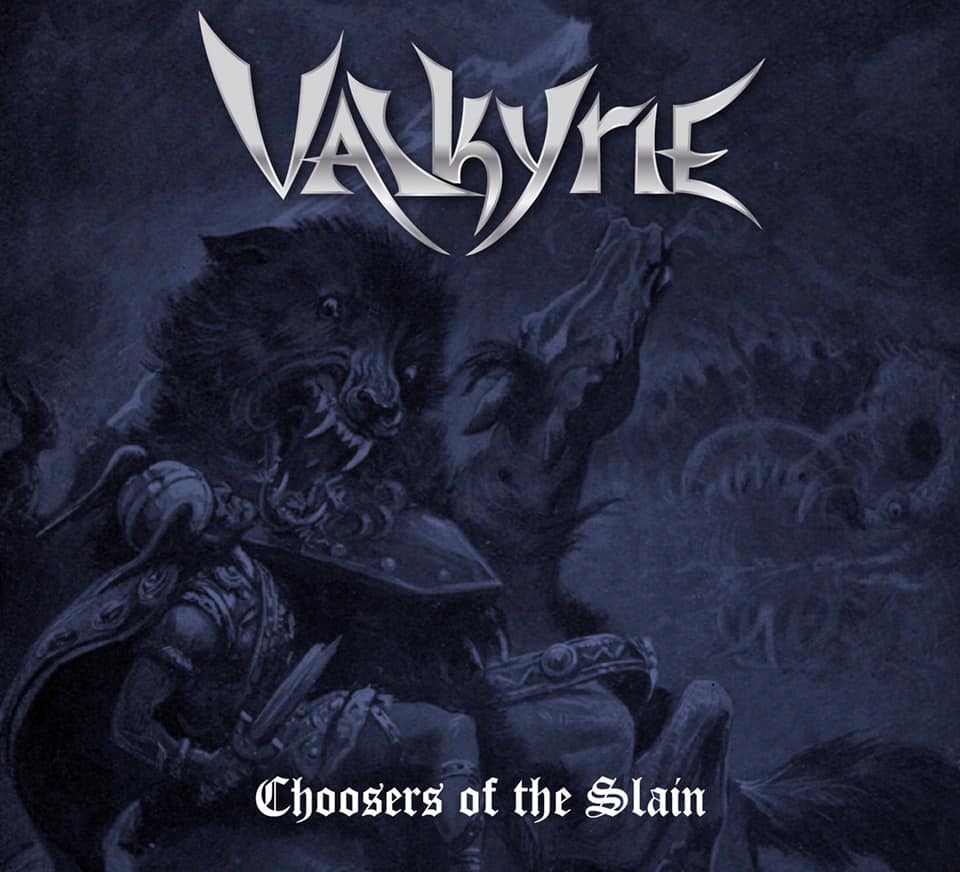 San Antonio’s hallowed halls of heavy metal lore are etched with the names of S.A. Slayer, Juggernaut, the Cameo Theatre and Joe “The Godfather” Anthony. Dig a little deeper and you’ll also find thrash warlords, Valkyrie, among the hordes of chaos.

Together only three years circa 1985-88, Valkyrie nonetheless made its mark with fist-banging live gigs, a cult-classic demo tape and a Mike Varney-level hotshot guitar shredder named Scott Stine. Fans of early Slayer, Nasty Savage and Watchtower were soon scrawling Valkyrie onto their battle jackets.

And then? It was over.

Well, not quite. Antsy to re-live the joys of yesteryear’s whiplash and bullet belts, lead vocalist Joe Gregory recently reconnected with Stine (who doubles on bass) and added drummer “Ulfr Gustafson” to resurrect Valkyrie. The result is a six-track, reworking of the original “Choosers of the Slain” demo tape with added updates and beefier production courtesy of modern-day wizardry.

Old-schoolers will immediately recognize the screaming grind of the title track; the piercing wail that opens “Reign of Violence;” and the stampeding-into-battle “Nightmare” — albeit all three with updated guitar solos. “Valkyrie” – with its Richard Wagner “Ride of the Valkyries” intro – uses the previously titled “Predator” as a template and adds new lyrics and relentless neck-snap to the music, while opening track “Screams of the Aggressor” stands as a frighteningly fast, hyper-picked testament to what Valkyrie can start from scratch in 2019. Holy yikes! Oh, there’s also a S.O.D.-style spoof called “The Henry Waltz” in “honor” of former San Antonio mayor Henry Cisneros and the PMRC.

Punctuated throughout by Gregory’s bark-to-a-Diamond-esque wail and Stine’s twiddly-dee guitar, “Choosers of the Slain” is a skull-rattling frolic through the past when metal bands ramped up the violence and force in their aim to bury Bon Jovi and keep pace with the emerging new breed of speed-metal assassins. Welcome back to the pit!