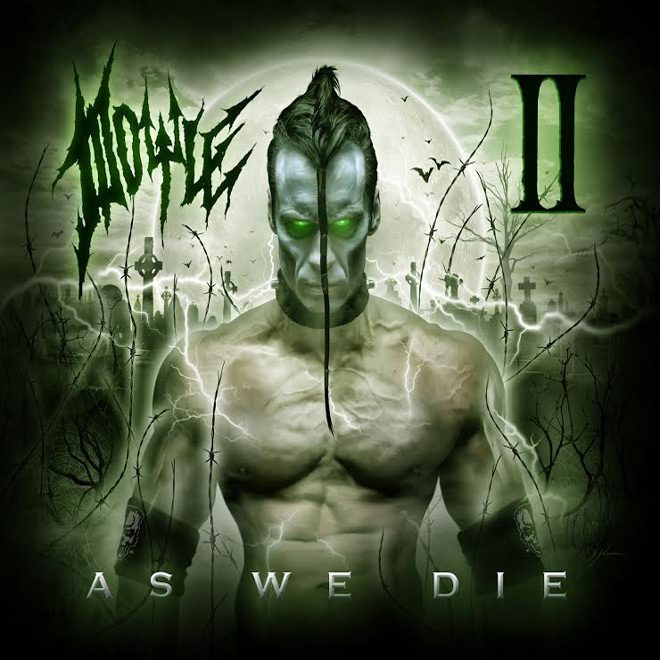 No surprise, then, that his second solo album, “Doyle II: As We Die” is a death-comes-ripping monster mash of chainsawing guitar chords, pinched harmonics, pummeling drums and psycho-beast/serial killer vocals.

Awash in waves of distortion and landing somewhere between the Misfits’ Michale Graves albums and Doyle’s previous solo effort, “Abominator,” “Doyle II: As We Die” is at its skull-crushing best on hooky stormers “Run for Your Life,” “Darkside,” “Blood on the Axe” and “Night of Sin.” On the flip side, a memorably haunting Elvis vibe permeates “We Belong Dead” to great effect.

While Doyle is the obvious star of his namesake creep show (and seems to be credited as bassist, although Brandon “Izzy” Strate gets the nod on “live bass”), vocalist Alex “Wolfman” Story (Cancerslug/Gorgeous Frankenstein) holds his own at center stage with a voice that alternates between bellowing grunts and hardcore rants. Not to be outdone, drummer Brandon Pertzborn (Black Flag) earns a rowdy shout as the band’s secret weapon (the dude brings serious artillery!).

Overall, “Doyle II: As We Die” leans more toward metal than punk, but packs enough deliciously wicked fun to make it a howling good, B-movie-type listen. Crank it up … and tell ’em Doyle made you do it!

Rating: 4 out of 5 pentagrams