Review: Broken Teeth ‘4 on the Floor’ 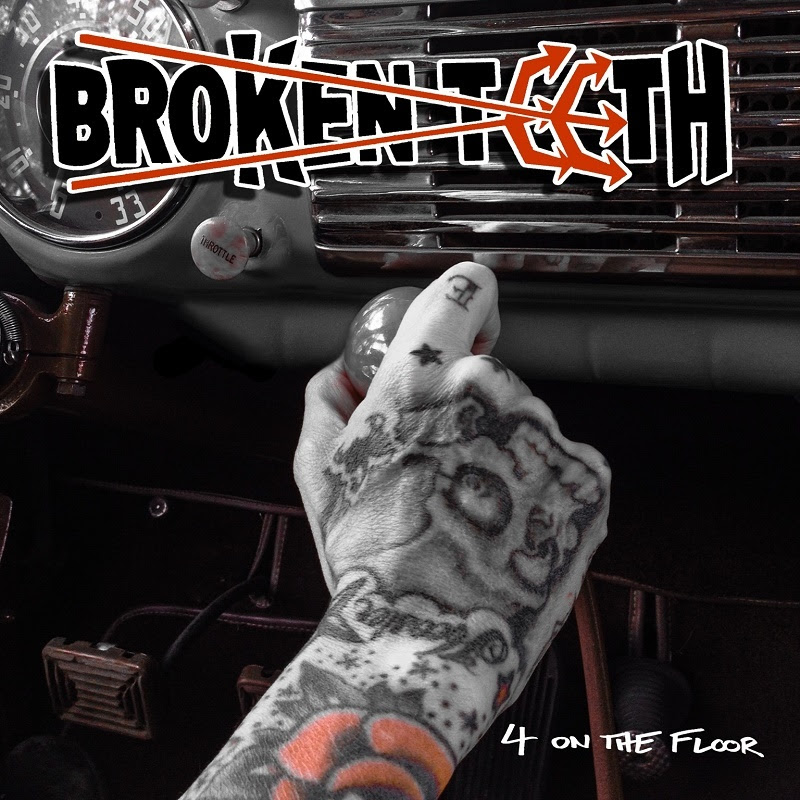 Back with more bite than a deep swill of rotgut, Broken Teeth is still breathing fire on new album, “4 on the Floor” (EMP Label Group).

“Sinful” slows things to a bluesy simmer while continuing to give the devil his due, and “Getcha Some” upshifts into a full-tilt, ballistic stomper recalling younger daze of being “face-down and wasted.”

On an album driven by bangers, the icy swing of “Borrowed Time” arguably wins as the showpiece. It’s hard to pinpoint, but something about its spine-chilling, creepy-crawl burrows into the black-hearted isolation shared by the loners in AC/DC’s “Night Prowler” and “Ride On.” Spooky, yet irresistible.

Picking up speed, “Never Dead” pushes “all the gauges in the red” and serves as the ultimate ode to Motorhead’s Lemmy (written before he passed). A closing cover of KISS’ “Rock Bottom” punches with street-fighting fury.

In all, “4 on the Floor” offers 10 tracks of Angus-n-spuds rock-n-roll that dances evil (“House of Damnation”); steals the show (“All or Nothin’”); calls out the fakers (“All Day Sucker”); and wrestles with demons (“Let the War Machine Roll”).

As always, Broken Teeth has no aspirations of being artsy or refined, preferring instead to keep “4 on the Floor” firing hard on all cylinders. Besides, who has time for manners when you’re this busy knocking heads?