Raw Power: Iggy and the Stooges Unleash ‘The Weirdness’ at packed SXSW 2007 gig 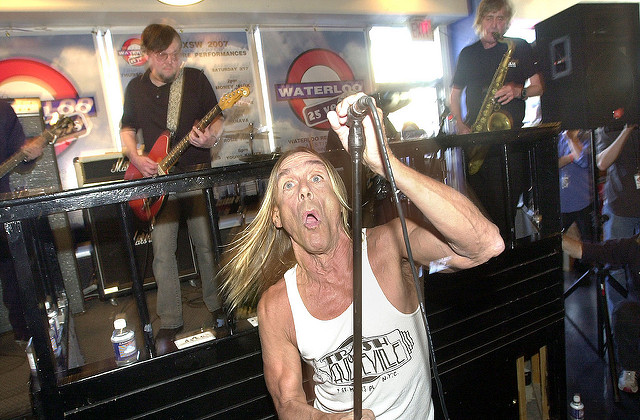 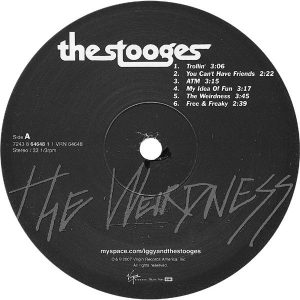 Perhaps the hottest ticket in Austin during SXSW 2007 was the rare chance to see a revamped, revved-up Stooges playing in the iconic confines of Waterloo Records. Thankfully, I had a connection who got me to the front of a line that stretched down the block on its way to Waco. I also happened to be reporting my SXSW (mis)adventures for the UK’s always brilliant Classic Rock magazine. As it happened, we both got an exclusive that is reprinted below for your enjoyment. 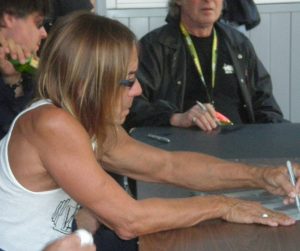 Finding the Stooges at your local record store is as easy as knowing the alphabet, but when the band turns up to play an in-store gig, the merchandise is at risk for a meltdown.

For the first 300 fans who queued up at Waterloo Records during Austin’s South by Southwest music festival last March, the legendary Stooges carved a memory as wicked as a scar.

Playing on a stage as cramped as a stairwell, guitarist Ron Asheton, drummer Scott Asheton and bassist Mike Watt stormed through four tracks from the Stooges’ new album, “The Weirdness,” while 59-year-old Iggy Pop snarled like a jackal before careening into the parking lot to snake charm his stranded faithful with shirtless shake appeal.

As quickly as the bomb started ticking, it was unceremoniously defused. Without playing a single punk-shrapnel classic, the Stooges lurched offstage to sign pre-purchased autographs.

The stopwatch set of unfamiliar tunes was no doubt a gut punch, but only an idiot would dare complain. More than 30 years on, the Stooges’ new songs stood up better than they should and seeing the streetwalkin’ cheetahs prowl the aisles of a record store was better than a heart full of napalm.