Paul Di’Anno: The lost interview and beyond with the banished menace of Maiden 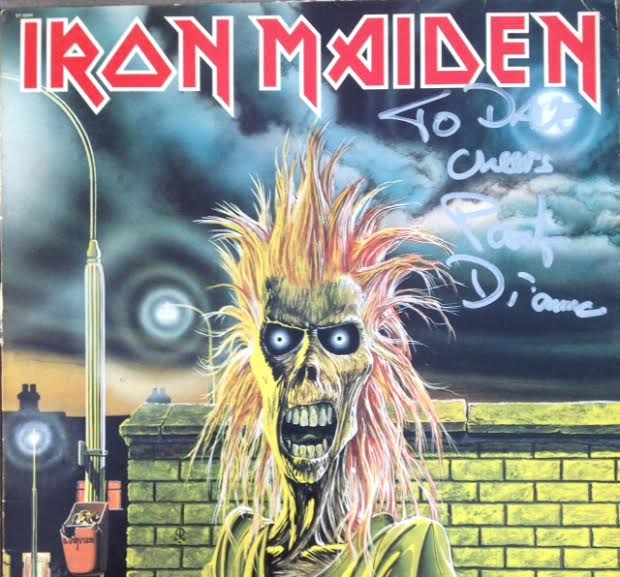 Somewhere between 1990 and 1992, I was sitting beside Paul Di’Anno on a Dumpster-ready backstage couch at the Showcase Events Center in San Antonio. Paul was eagerly devouring American-brand cigarettes and graciously obliging my unscheduled interview. A few hours later, the former Iron Maiden singer would take the stage with his then-new band, Killers. 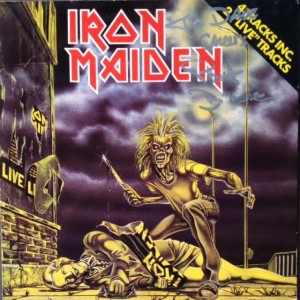 In the end, I had no media outlet available to publish the interview. It was too late for the daily newspaper and at the time I had no solid connections to national or international metal magazines (this was also before the modern age of websites, blogs and other more immediate outlets). The interview tape is also lost to the ages, which is very uncharacteristic for a hoarder like me. Don’t even ask why I didn’t bring a point-and-shoot.

Regardless, as a huge Iron Maiden fan, I was thrilled to be chatting with the guy whose voice launched one of heavy metal’s most immortal bands. After about an hour, the cigarette fog got downright toxic and Paul excused himself to tend to business. Together, we walked out the back door of the venue where my car was parked and he kindly signed an obnoxiously thick stack of records (“Iron Maiden,” “Killers,” “Maiden Japan,” the Margaret Thatcher EP) and two black-and-white photos ripped from the pages of “Iron Maiden: Running Free.” 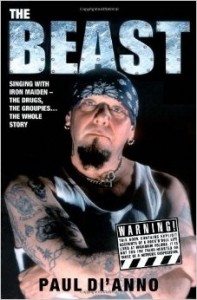 EMBATTLED TOME: Di’Anno’s book will likely not win him any new fans.

About eight years later, I was on proper assignment for KNAC.com and got a second chance to interview Paul (I plan to post it in the near future). Again, it was a fun conversation full of insight regarding his tumultuous history and adventures with Iron Maiden, Killers, Battlezone and other musical endeavors.

And then along came Paul’s 2010 tell-all autobiography, “The Beast.” To say it makes him nearly impossible to like may be an understatement. His penchant for violence, drugs and other misbehavior is dangerously over-the-top and not the least bit funny (at least other tell-all, rock-n-roll books make you chuckle a bit over the band members’ self-inflicted stupidity).

It’s a shame Paul felt compelled to tarnish his vocal legacy with 350-plus pages of thuggish behavior (and nary a trace of remorse). Me? I prefer to remember his singing and the times he gifted me with his generosity. For that, I say thanks. For the rest, I hope he gets help.