Yakking with … Stevie Rachelle of Tuff 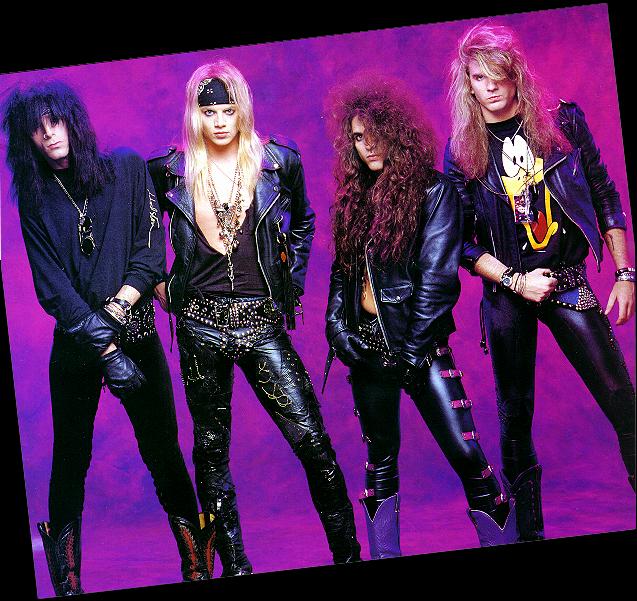 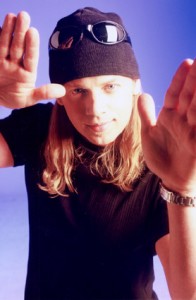 Stevie circa 2001 minus the hairspray and leather

By Metal Dave
The going was rough for TUFF during Hollywood’s 1980’s hair-metal heyday. Admittedly obsessed with Motley Crue, the band did the whole big-hair/skintight/bandanna thing, but never gained the nationwide audience of second-tier peers like L.A. Guns, Faster Pussycat and Dangerous Toys.
Best-known for the novelty song, “American Hair Band,” in which singer Stevie Rachelle name-checks everyone from Skid Row to Sleeze Beez, TUFF nonetheless never managed to muscle into the mainstream.
That said, Stevie, has gained my respect over the years for his tenacious drive in the name of rock-n-roll. Not only is he the mastermind/chief instigator behind the ballsy and sometimes reviled Metal Sludge website, Stevie also is the manager of upcomers, Vains of Jenna. You have to admire a guy who finds new and different avenues to keep pushing his rock-n-roll passion beyond its supposed expiration date (hmmm, sounds familiar).
Plug your most recent project:
Touring Aug-Sept as TUFF/Shameless in Europe. Very excited to hit France, Belgium and Sweden for the first time ever. More info is available at myspace.com/stevierachelle. Also looking forward to the return of Vains of Jenna and their U.S. tour in the fall of 2010.
Album that changed your life and why?
“Shout At The Devil” by Motley Crue. I saw the tour, came home and said “Mom I want my hair white.” She said: “Steven, your hair is already blond.” I said: “No, Mom. White, like this!” as I held up a picture of Vince Neil. That night in March of 1984 changed my life instantly. I was obsessed with Motley Crue for about five years.
First concert and your memories of it:
Saw some country/blue grass concerts in the late ’70s and early ’80s. First cool club show was Kidd Courage, a local band from Milwaukee, Wisconsin. Jackie Ramos, the drummer from Bangalore Choir, definitely made an impression on me. He played great and sang, too. He was nearly killed in an accident that night on the way home. We’re still friends today. A month later, I saw KISS, Vandenberg and Heaven in Green Bay. I caught a Gene Simmons towel. A few weeks after that was Ozzy and Motley Crue, and that changed everything.
Touring “horror story” or Spinal Tap moment:
TUFF has a library of these. But the worst memory was our truck getting stolen in Memphis, Tennessee 1991. Brutal. We lost $80,000 in gear, personal stuff, etc..Three weeks later, we were back on the road. Hard lesson learned.
Your best and worst tattoo?
No tattoos. Never been my thing.
Name of your very first band and other rejected band names:
X-iter was my first real band in Wisconsin. The band had a few lineups. Mike Schneider on bass, Dan “Goober” Lautenschlaeger on drums and Mike Stowe (RIP) on guitars. Second lineup was Jason Giordano on guitar, who co-wrote the TUFF song “I Hate Kissing You Goodbye” with me, Sean Sanders (RIP) on bass and Jim Gypp on drums.
Musical accomplishment you’re most proud of:
Getting a real record deal, being on Dial MTV, and still having the fans care enough that I will be doing 15 shows in Europe in Aug-Sept 2010. Who would have thought 25 years later?
Share a secret. What is your hidden talent? Guilty pleasure? Unexpected hobby?
I can juggle, ride a unicycle and was a near-pro vert skateboarder. I love junk food.
Hero or villain? Best or worst “rock star” run-in:
I have met everyone in the industry, some good, some bad, some became friends. I will say, even though I was never the biggest KISS fan, I admit Gene Simmons is all business. I called and left a message on his office number in the late ’90s to ask about a demo tape he gave me years earlier. TUFF worked with him a bit in our heyday. It was almost 10 years later. He returned the call the next day and said: “This is Gene Simmons of KISS. You left a message, how can I help you Stevie?” We chatted, he answered my questions, gave me a contact number to help and asked: “Anything else?” I said: “Yes great show – I saw the reunion gig with the original band.” He replied: “Thank you, have a great day.” He is the consummate pro. I respect that.