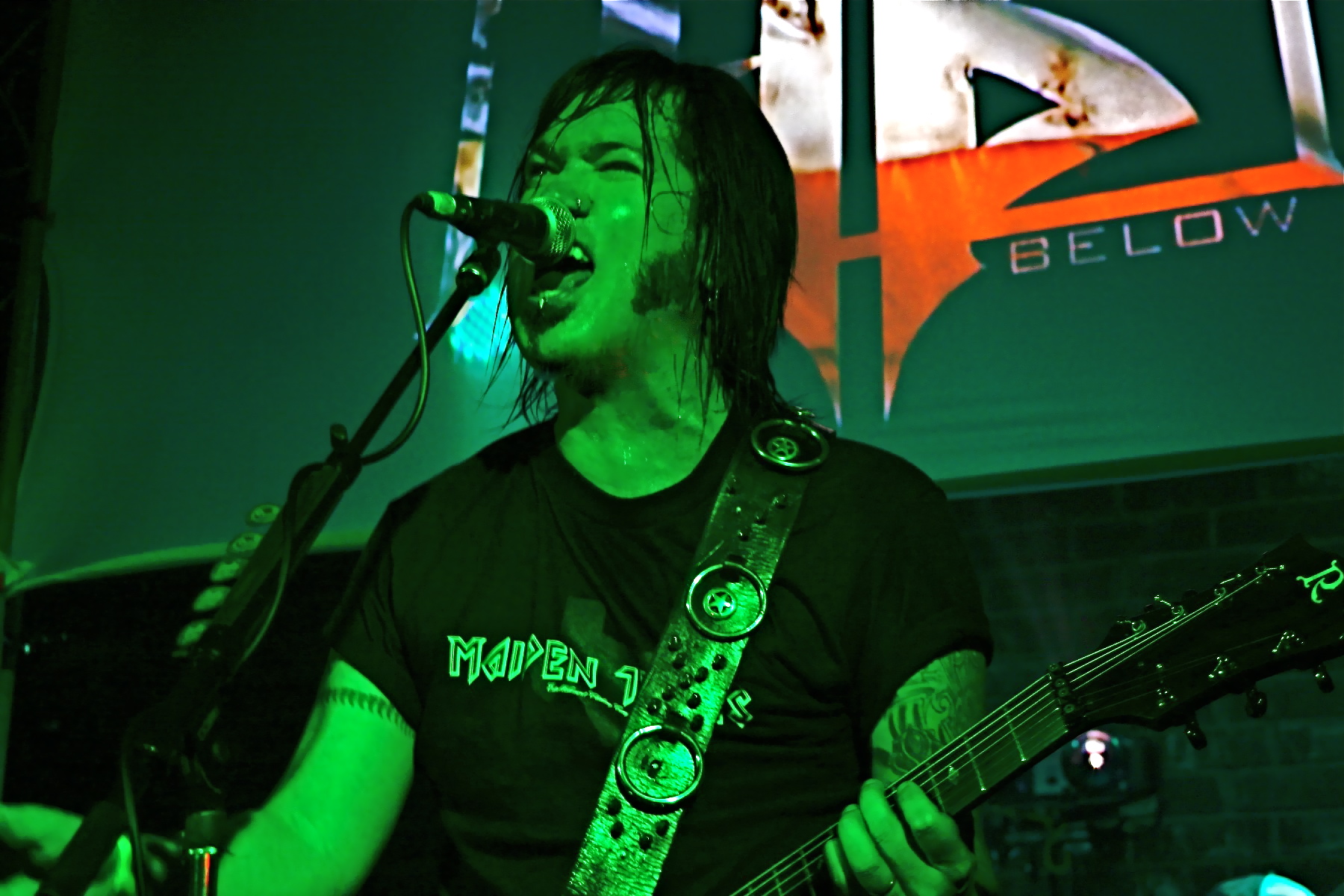 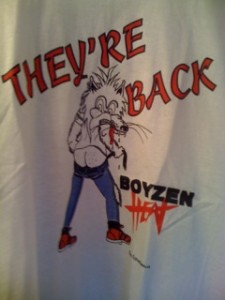 What Were We Thinking?: My 1991 Boyzen Heat T-shirt design.

I met Pat Kennison some 20-plus years ago in San Antonio when the “manager” of his band, Boyzen Heat, brought me onboard to serve as the group’s “publicist,” artist and T-shirt designer.

Being my first foray into the “business” side of rock-n-roll and considering Boyzen Heat was a fairly popular local band (especially with chicks who were hot for White Lion and Poison), I was excited to be part of the team. The band was short-lived, but the friendship remains to this day and Patrick and I still get a laugh out of the hindsight absurdity of the name Boyzen Heat.

When Boyzen Heat flamed out (sorry), Pat did me proud by perfecting his Nikki Sixx hairstyle and forming the more metallic, gothy, industrial band, The Union Underground (along with Boyzen Heat guitarist-turned-lead singer, Bryan Scott). With U/U, Pat scored a major-label record deal and landed a coveted tour with Marilyn Manson on the strength of minor radio hits like, “Killing the Fly,” “South Texas Deathride” and “Turn Me On Mr. Deadman.” Sure beat the hell outta working!

After Union Underground ran its course, Pat took the big plunge and moved to L.A. to continue chasing his dream (U/U bassist John Moyer landed quite nicely in Disturbed). Today, following the break-up of his previous band, 3-Faced, Pat is still shooting for the stars with his most recent band, Heaven Below.

Plug your most recent project:
Heaven Below, a half-Texan, half-Californian band. We have our own iPhone App at iTunes and it’s free! Our friends and fans tell us we’re the missing link between Avenged Sevenfold and Nickelback. As flattering as that is, my roots and influences are in killer legendary bands like Crue, Metallica, GN’R, NIN and Alice In Chains.

Album that changed your life and why?
“Shout at the Devil.” I got kicked out of catholic school for being a bad kid and bringing the album to school.

First concert and your memories of it?
Maiden and WASP on the “Powerslave” tour. Smelled like weed. The show was over-the-top killer. Most concerts afterward paled in comparison. My mom gave me $20 so I bought the WASP jersey and wore it ’til it fell off my body.

Your best and worst tattoo?
Worst would be my “U” from Union Underground. No worries though, I started it, I ended it, too. All my HR Giger-type ones are my best.

Name of your very first band and other rejected band names?
Venjentz was the first; Boyzen Heat was the second (you remember that one!!!). Rejected names include The Laughing Dead, Menage Trois, Mulan Rouge.

Touring “horror story” or Spinal Tap moment
John Moyer (Disturbed) and I dropped 12 live chickens we bought at a farm outside of Dallas on a band called Systematic that was opening for Union Underground. It was hilarious. We shoulda filmed it. I remember our drummer Josh shitting in a prostitute’s purse once. She was being a bitch and left the room for awhile. Wasn’t she pleased when she opened that later?

Musical accomplishment you’re most proud of?
Sticking with it through thick and thin regardless of labels, members or family.

Share a secret. What is your hidden talent? Guilty pleasure? Unexpected hobby?
My hidden talent would be my Jerky Boys style phone calls where I emulate a drunk, degenerate, elderly black man. I have the recordings, which are an underground hit with many bands, famous and fledgling. Unexpected hobby? Hmmm … none really. Is there more than music?

Hero or villain? Best (or worst) “rock star” run-in:
Hero would be Howard Stern’s Fartman. Worst rock star run-in would be Lars Ulrich. I met him in Manson’s dressing room in 2001 when U/U was opening the Guns, God, Govt. Tour. He doesn’t play drums well enough to act like a self-righteous douche. I don’t care how big ‘Tallica is. Best rock-star run-in has to be Nikki Sixx. I hung out a lot with him when U/U rehearsed at the same L.A. complex as Brides of Destruction. He’s real cool and a real rock star at the same time. The guy is everything you’d want a rock star to be. Genuine and ass kickin.’