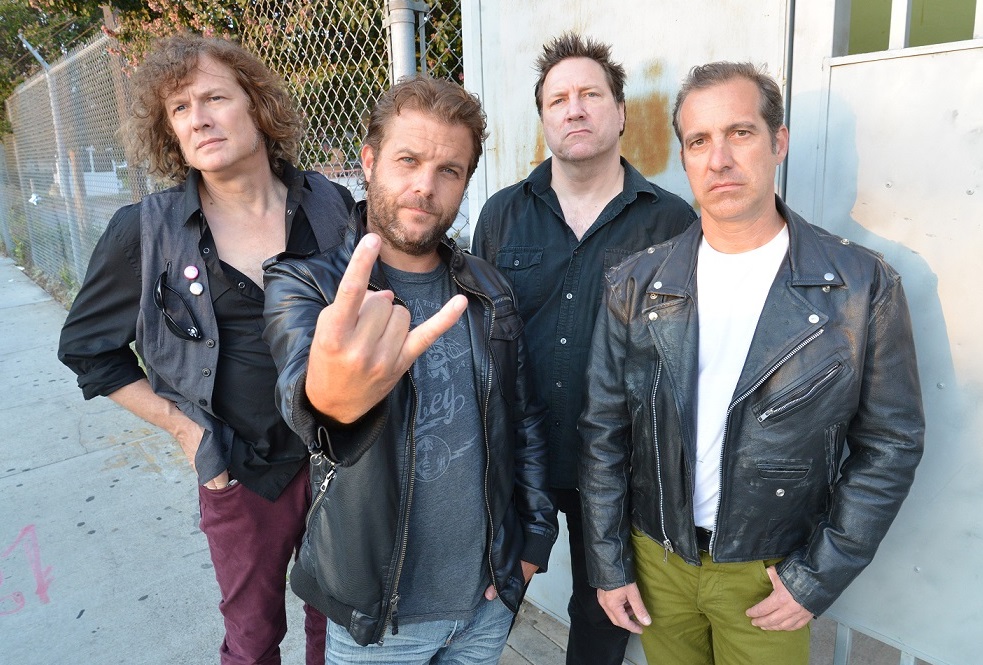 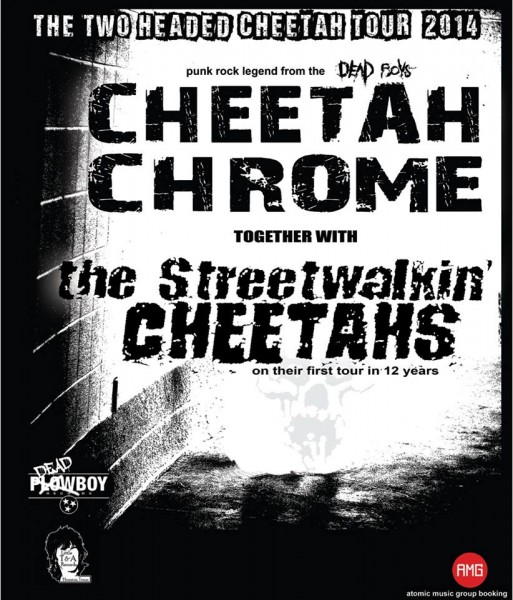 TWO-HEADED MONSTER: The Streetwalkin’ Cheetahs join Cheetah Chrome for a tour beginning April 3. Dates and ticket info are linked below.

The Stretwalkin’ Cheetahs didn’t enter my life with a warm smile and friendly handshake. No sir, they brick-bashed my ears and chainsawed my face in an ambush of chaos and decibels. Of course, I’m eternally grateful.

As best I can recall, the year was 1999 and I somehow dragged my quivering corpse to yet another SXSW gig, because I just HAD to see the Backyard Babies and the Dragons who were sharing a bill with the Cheetahs and local heroes/villains, The Bulemics. I had no idea who the Cheetahs were, but after Bulemics singer Gerry Atric was dragged off stage in handcuffs for showering the crowd with broken glass, I was fairly certain I’d survived the night’s most belligerent assault. Boy, was I ever wrong.

The Cheetahs didn’t just take the stage, they stormed it like a do-or-die jailbreak.  The sweat exploded, the energy was ballistic and the whole self-inflicted, punk-rock whiplash had me convinced the band would leave in an ambulance. It was devastating in the best possible way and still stands as one of the Top 5 gigs I’ve ever witnessed and survived. 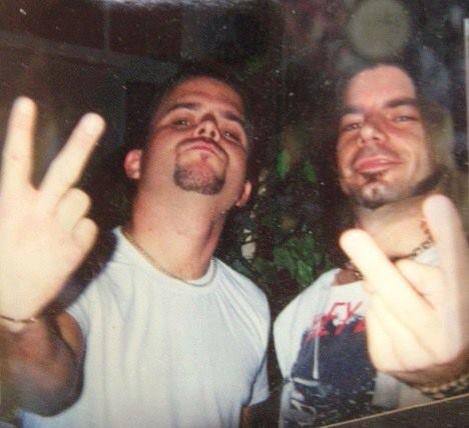 NO SLEEP ‘TIL AUSTIN: When the Cheetahs returned to SXSW in 2001, they slept on my apartment floor. The specifics are as foggy as this photo of Frank and I, but I do recall turning them on to Broken Teeth and landing a steady gig writing for Frank who, at the time, was serving as managing editor of KNAC.com. We’ve been friends for life ever since.

Needless to say, I was fairly bummed when the band called it quits in 2002. Fortunately, not all good things must come to an end. Sometimes they just need a break before they kill themselves (or worse) in a fit of music-biz burn-out and murderous frustration.

Not only are the Cheetahs reunited and roaring back with killer new material — including the feel good song of the summer (below) — they’re also revving up to tour with their longtime pal and legendary Dead Boys guitarist, Cheetah Chrome, beginning next week (dates below).

But enough from me, here’s frontman “Streetwalkin'” Frank Meyer to give you the good, the better and the completely insane …

So what prompted the Cheetahs reunion?
Last May, Ruyter from Nashville Pussy and I went to go see Turbonegro and saw some kids in Streetwalkin’ Cheetah’s T-shirts. When she introduced me to a few people and they all had stories of seeing the Cheetahs around various parts of the world, it dawned on me that there was still awareness of the band in some circles. So I called up Dino and Mike Sessa, and we agreed to get together and rehearse to see how it sounded. Art Jackson has retired from music so he passed, and we got our old pal Bruce Duff from ADZ on second guitar. It sounded like the old days right away and we quickly wrote a bunch of new material. So now we are hitting the road with Cheetah Chrome to support a new single on Little T&A Records. 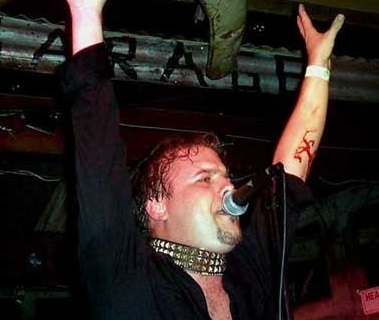 CHOKING THE CHEETAH: Frank Meyer unleashing his inner raw power just like he did the night I first saw him during a sweat-soaked assault on SXSW.

Is this a long-term reunion? Are you back to stay?
Yes, we are back for good. The “Escape From New York City”/”Fuck The Future” single (Little T&A Records) is our first new release in well over a decade. We have tons of new songs, so the plan is to record and release a new single every 3-4 months for the next year, and then collect that and some other new tunes into a new album for next year. We will be hitting the road throughout the year to support all this activity. The Cheetah Chrome tour in April is simply the first of many tours to come. Little T&A has agreed to release this first single, and likely more…though we haven’t made a commitment for the full album with anyone quite yet. But we’re really happy with them. Got awesome new music videos for both new tracks coming very soon too, including a John Carpenter-themed “Escape From New York” tribute video directed by horror movie director Joe Lynch.

You and new Streetwalkin’ Cheetahs guitarist Bruce Duff (ADZ. 45 Grave, Jesters of Destiny) played with Cheetah Chrome in 2004. Any stories from that era?
I first met Cheetah in 2003 when Ramones tour manager Monte Melnick and I interviewed him for our book “On the Road with the Ramones.” But Bruce already knew him from when they both played if Jeff Dahl’s band in the ‘80s. Our post-Streetwalkin’ Cheetahs band Sweet Justice — which featured Bruce — opened for Rocket From the Tombs in LA in 2004, where Cheetah and I discussed doing some shows together. So a few months later, Sweet Justice and Cheetah did a west coast tour where we backed him up each night playing Dead Boys, RFTT and solo stuff from his repertoire. We ended going to Spain for some festivals, and that’s when things got really crazy.

Go on …
So, one time we played in this small beach town that happened to be the port for all the cocaine that comes into Europe, so there were piles upon piles of cocaine EVERYWHERE. The first night of the festival, our buddies, the Lords of Altamont, played and while they were on, some kid ran up on stage and darted behind the curtain for the backstage catering. He grabbed the entire roasted pig and hurled it into the crowd. Suddenly, thousands of punk-rock kids are ripping this huge pig apart and throwing the meat around like a giant food fight. It was raining pig meat and blood. Then they tossed all the meat onto the stage and covered the band in it. It was disgusting … and hilarious! Cheetah and I laughed for days. A few months later when the Lords played LA, me and Bruce went to the store and bought a bunch of ham. When the band hit the stage, we tossed some ham on their feet so they’d remember our trip to Spain. They were only slightly amused.

For Two-Headed Cheetah tour dates beginning April 3, go here. For the Cheetahs on Facebook, go here.
For the Cheetah’s brand-new, feel-good song, “Fuck the Future,” click below and free free to sing along.