Danko Jones: Get in the Ring! 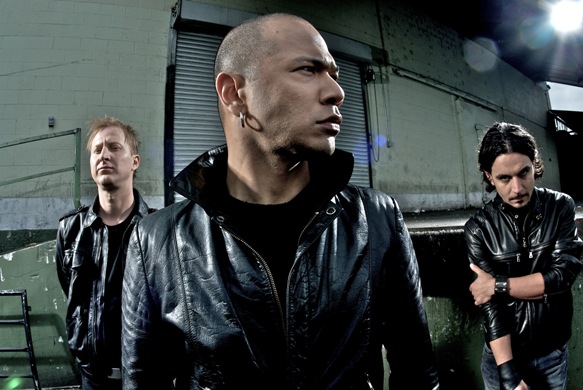 Fans of Thin Lizzy, Bon Scott and Peter Criss’ cowbell will want to drink a beer with tough guys Danko Jones. A Canadian trio that won’t soon be mistaken for Triumph, blood-sweatin’ Danko Jones has proved to be a show-stealer at prestigious European rock festivals (not to mention a formidable opener on Guns N’ Roses‘ recent tour) and has earned drinking privileges with Lord Lemmy. Self-named after the band’s frontman, who recently added guest vocals to the new album by Broken Teeth (and who also banks mega-tons of street-cred every time he name-checks Paul Baloff from the stage), Danko Jones recently released its latest, 1970s-flavored album, “Below the Belt.” As with past efforts, “Below the Belt” boogies, boasts, snarls and seduces like a drunken, bell-bottomed lothario who brings ripple wine and a curled lip to the door instead of roses and sweet nothings.

Get in the ring with “Below the Belt” and then backtrack for such earlier Danko titles as “We Sweat Blood,” “Never Too Loud,” “Sleep is the Enemy” and “Born a Lion.” Better yet, go see Danko live and get your ears boxed!