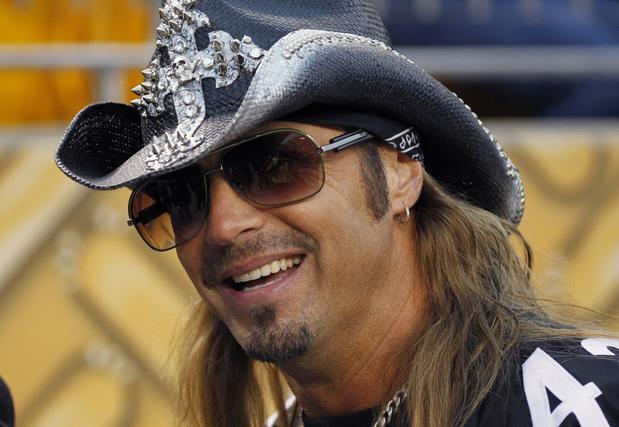 It’s not without its thorns, but the life of Bret Michaels is rosier than most.

As a solo artist and singer for glam-rock legends Poison, Michaels has survived diabetes, a spectacular car crash, a brain hemorrhage and a career of critical slings and arrows. 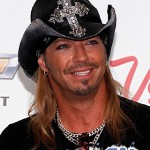 ROCK ON!: Bret cracks a smile

While a new Poison album is on indefinite hiatus (“never say never,” Michaels says), the band is delivering its good-time 1980s hits on tour with Def Leppard and Lita Ford. We caught up via email with the diehard Pittsburgh Steelers fan and doting father of two daughters who answered a few questions before showtime in Indiana cut things short.

Q: Your upcoming solo album, “Get Your Rock On,” features a slew of music legends and party pals. Who was the most fun to work with and why?

A: Each of them has special meaning to me. My choices were made because of my love for their music. Loretta Lynn was amazing. She had a work ethic like no other. We started in the morning and went into the evening, and she never stopped. Hugh McDonald and Michael Anthony were such pros. It took longer to set them up than to do their tracks. Ace Frehley gave us so many takes it was hard to choose what to use. The Skynyrd guys plugged in and just sounded like Skynyrd. Frank Hannon from Tesla laid down a flawless slide and banjo track. Leslie West, Joe Perry, Phil Collen, Sal Costa, Jaret Reddick, Robert Mason … everybody really did great. It was a perfect experience

Q: You wrote “Every Rose Has Its Thorn” 25 years ago in a Laundromat. Why is it so enduring?

A: I think it’s a testimony to the art of telling a universal story and being honest with your art. Everybody relates to heartache. That song is a true story that just poured out of me. I’m very grateful I was able to write something so timeless and meaningful to so many people.

Q: What made your “Rock of Love” reality dating show such a huge success? Any awkward moments with the girls?

A: The whole thing was awkward moments and that’s what made it a success. Actually, the girls were the rock stars of the show and I knew that from day one. I was just the host of the party. I didn’t try to make it all about me. 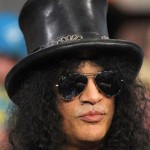 Q: A lot of people may not know that Slash auditioned for Poison. Why didn’t he work out?

A: Slash is one of my all-time favorite guitar players and I believe he would have steered our sound a little more in the Aerosmith direction. He was basically the same guy he is today. What you see is what you get. It never really had a chance to work out or not. The band decided C.C. (DeVille) was the best choice for us.

2Fast2Die Note: The text of the above article originally published in the Austin American-Statesman on Aug 29, 2012 under my “professional” byline, David Glessner. Hey, the “professional” stuff actually pays, you dig?

BELOW: Yours truly is crushed up front in the Texxas Jam stadium footage in this video. Note Paul Stanley at the 2:50 mark. Bret introduced him as “Mr. Rock-N-Roll himself” and then played “Strutter,” which made me hold my ground despite seriously thinking I was gonna die in the crush of 80,000 people and the heat of humanity. I still don’t know how I survived my youth, but it was pretty damn fun!