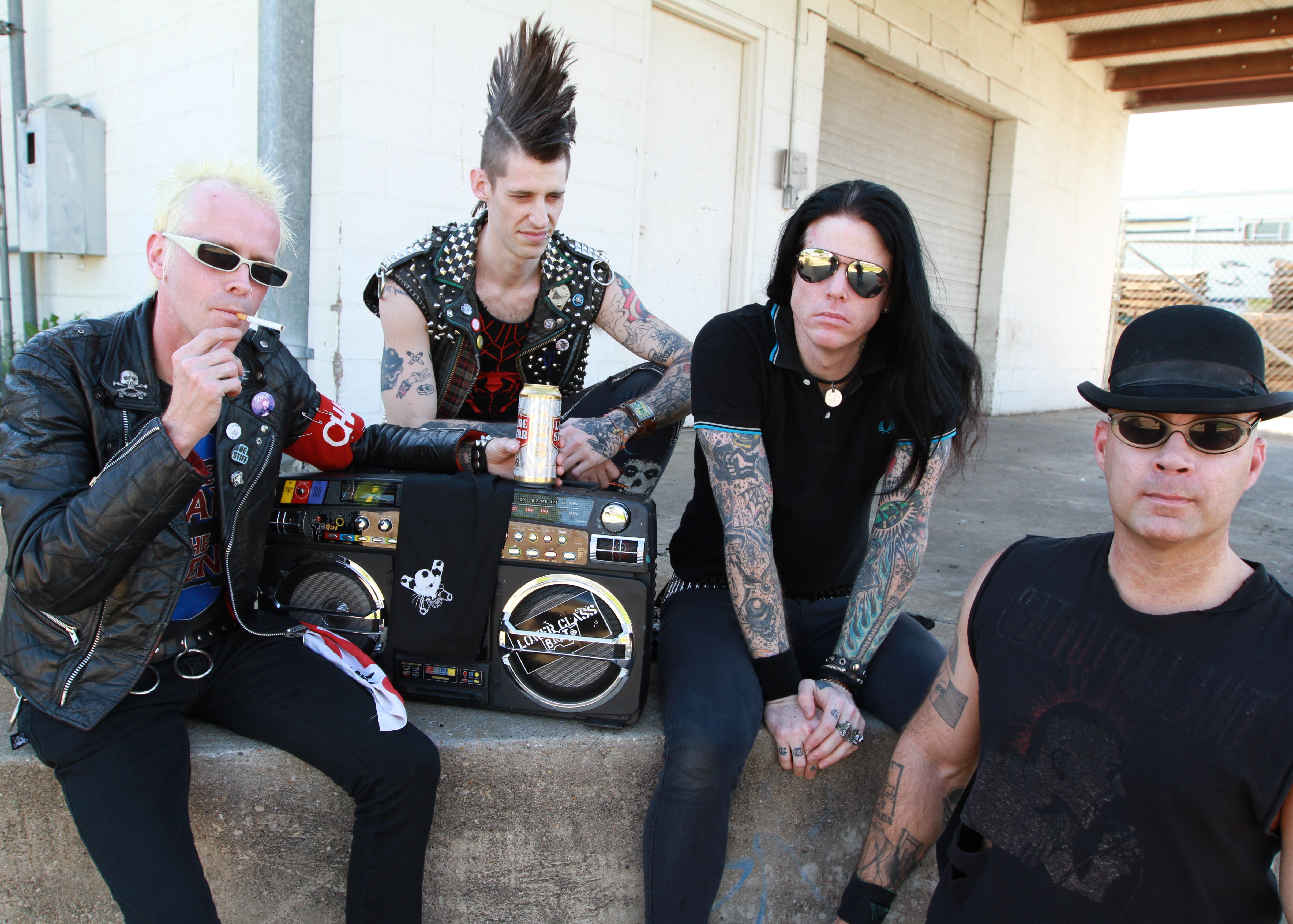 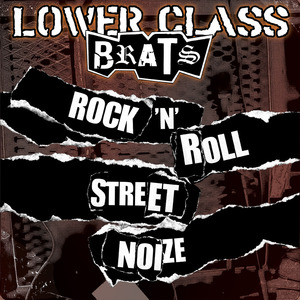 Fifteen years after proudly proclaiming they’d rather be hated than ignored, the Lower Class Brats are still driving harder than a stolen getaway car.

Opening with the “Clockwork” tick of “King of the Droogs,” the Brats continue their ongoing obsession with Kubrick’s ultra-violence. A churning assault of scraping guitar, rolling bass, speedfreak drums and pitbull barks, the song packs all the velocity of a tattooed-knuckle sandwich (Oi! Bones). In other words, it’s the Lower Class Brats, dummy! 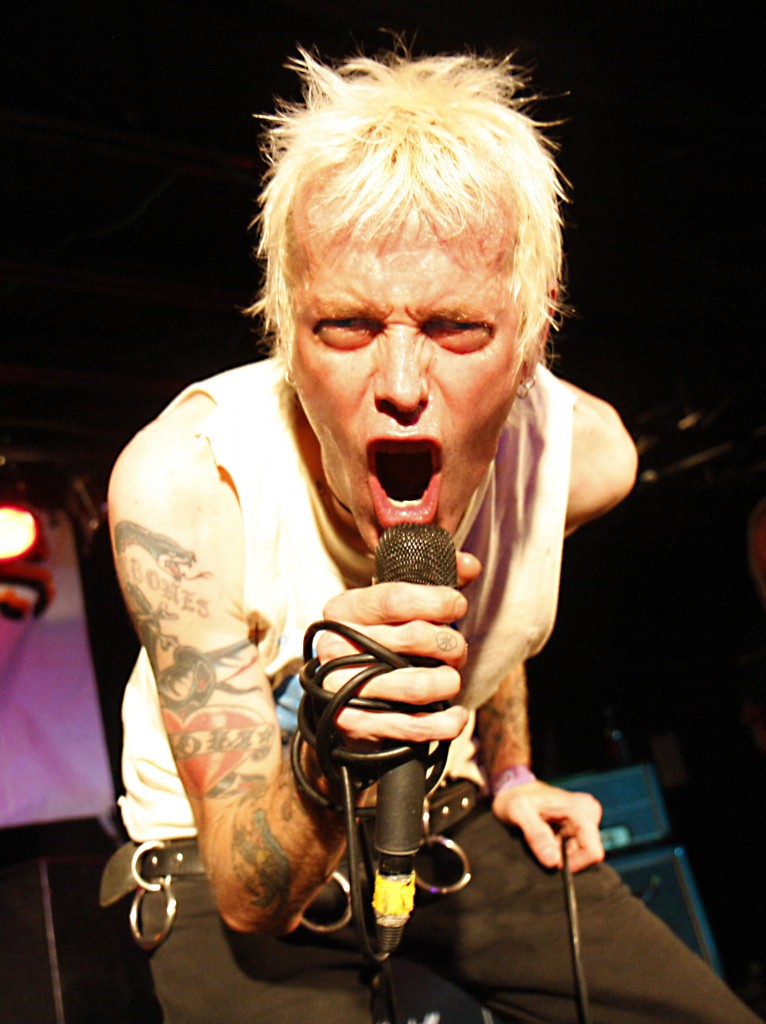 CAN YOU HEAR ME, NOW? Bones places a mid-song order for a double whiskey and a Lone Star beer. And make it snappy! (Copyright photo courtesy of PunkassPhotos.com)

Next up is the howling rant of “America’s Standard,” in which the Brats decry the exhausting stupidity of trying to keep up with the Joneses. Why bother? After all, chasing the neighbor’s American Dream is only a nightmare for the Lower Class stiff.

For a band that loves chugging guitars and drums as much as beer and booze, “We Hate Music” is a puzzling title – until all the pieces snap into place. A venomous kiss-off to Katy Perry pap-pop, push-button deejays, yo-yo (c)rap and soulless R&B, the song is a sonic shotgun aimed at Bieber Nation. Or Deadmau5. Or Nicki Minaj. Or (hell, pick a name from the top of the charts).

More ambiguous, but no less reviled is the target of the swinging “Thoughts About You.” Boiling with busy bass runs and percolating percussion, this may be the “grooviest” Brats song in quite some time. That’s “groovy” in the melodic sense, not the Jerry Garcia sense. Remember? It’s the Lower Class Brats, dummy! 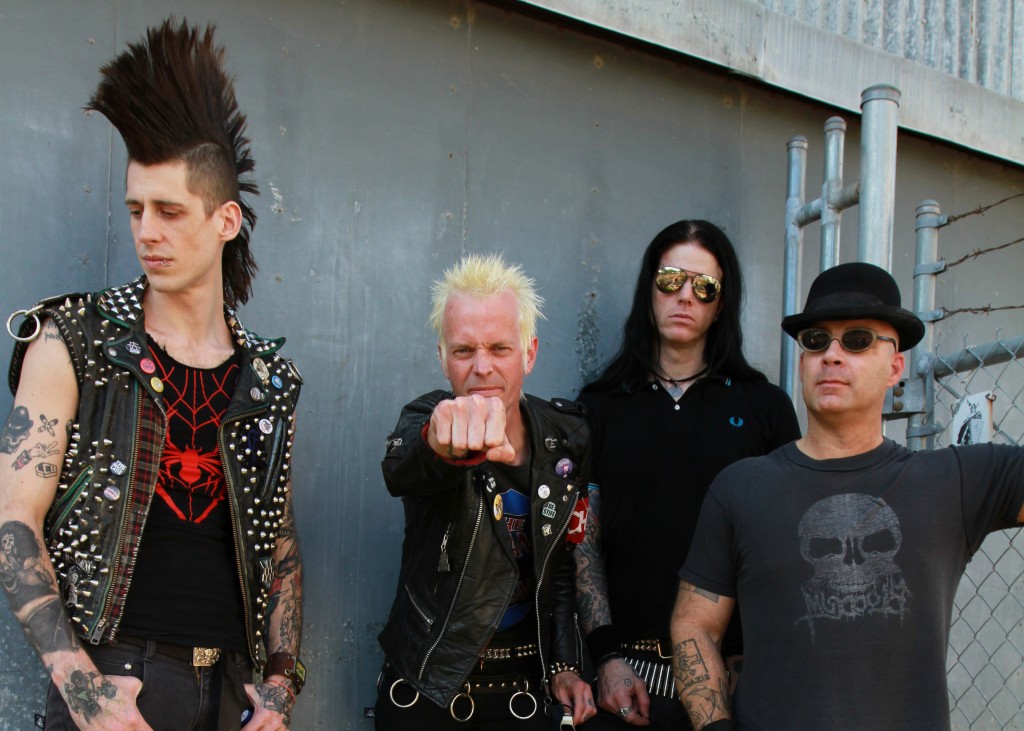 MY FIST, YOUR FACE: The Brats play Nick Curran’s cancer benefit at Beerland in Austin this Saturday before pillaging Australia in November. (Photo by Larry Stern)

Speaking of obvious, “Refuse Your Assigned Role” pretty much shouts for itself. A stab at conformity with a tongue-twisting chorus, the track is another crowd-bruising, call-to-arms complete with more signature Brats guitar scratch.

Finally, in keeping with their longstanding tradition of digging deep for covers, the Brats unearth Hustler’s “Who D’yer Think Yer Foolin?” and add their own spit and polish. More rock-n-roll than snarling-mad punk, the song comes dangerously close to danceable, albeit in a Ramones-y kind of way.

Like a new Motorhead album or beer for breakfast, “Rock-N-Roll Street Noize” is a familiar drill for the worldwide LCB Army (fast, loud, drunk, defiant). You were expecting “Kumbaya”?

Overall Grade: B+ (only because it leaves me wanting more) 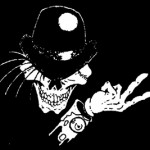 DROOGS, INK.: The skull that inspired a million tattoos

For fans of: The Casualties, the Adicts, Battalion of Saints, Rancid (maybe?) and probably a few hundred other punk bands I’m not cool enough to know.

Favorite tracks: “Thoughts About You,” “America’s Standard” and “Who D’yer Think Yer Foolin?”

For more Lower Class Brats info, go here. You can also “like” them on facebook (at your own risk).