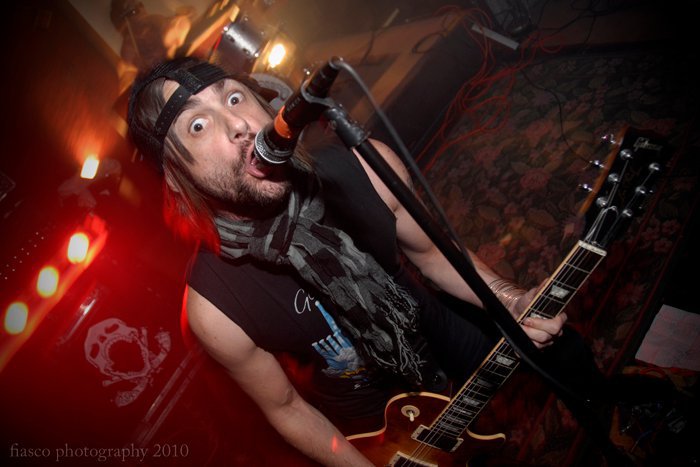 FLEXX MANIAC: Phil Bronco kicks out the early Buckcherry when he wants to get lit up. (Photo by Dajah Renee) 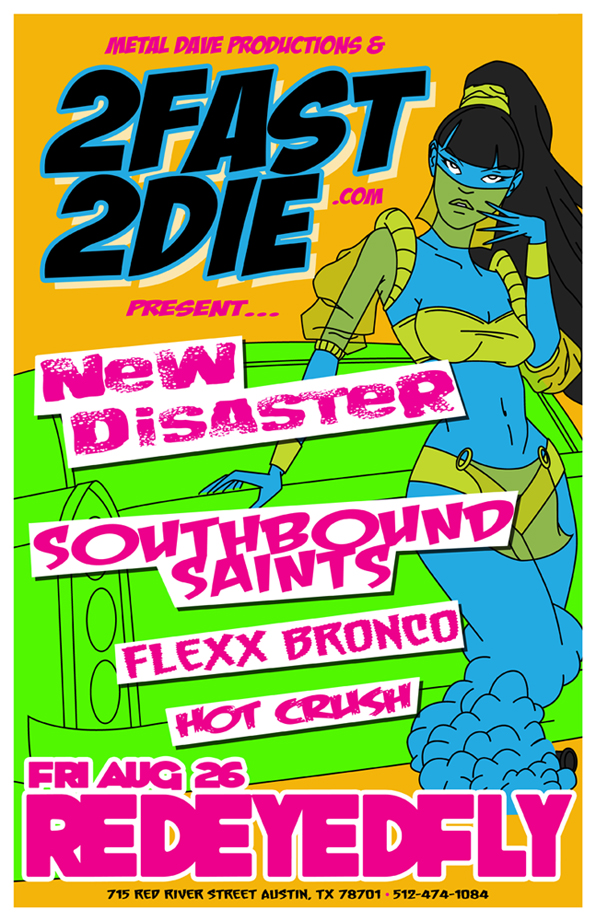 2Fast2Die recently launched a new semi-whenever feature called, “Ask.” Why? Because we needed an excuse to pester your favorite rocks stars and scenesters without wrestling them to the ground (or bribing them) for a full-blown interview. After all, they’re too busy bagging groupies and bathing in blood … and 2Fast2Die is still trying to get some sleep!

So, in the spirit of keeping “Ask” short, I’ll shut up and give you guitarist/vocalist/problem child, Phil Bronco, of San Francisco dirtbag rockers, Flexx Bronco who arrive in Austin on Aug. 26 to barf on your shoes, spill your beer and bang your skull as part of the Metal Dave Productions & 2Fast2Die Presents concert series.

ASK: What is your favorite album and why does it kick your ass?

PHIL: Hmmm. Well, I love music and I have many favorite albums and bands that have shaped different periods of my life. I’m gonna say the album that kicked off the last period of my life into high gear and helped me do a complete 180 was BUCKCHERRY’S first record. Say what you want about ’em now, but that first album was a game changer for me. I was a well-paid house/rave DJ in ’99 and when that album came out, mainstream rock was on the shitter. I was so far removed from the underground rock/punk scene at the time (not that Buckcherry was underground at all) and it re-opened the door for me to rock-n- 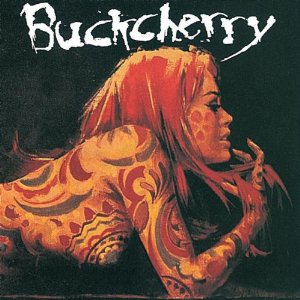 roll. Two years later, Flexx Bronco was born. I have since retired from being a DJ and have devoted my life to playing live music and my band. Side note: Buckcherry’s second album is good and everything after that is total shit.

2Fast2Die says: Now hold your horses, Bronco! While it pains me to admit “All Night Long” sounds like it was written for radio and that Buckcherry has tempered some of its early belligerent punch with poppier tendencies (not entirely bad), I have to argue the band’s catalog is way more good than shit. “Time Bomb” is stellar, “15” is great and “Black Butterfly” is more than respectable. Besides, duplicating an album as fantastically killer as Buckcherry’s debut is absolutely impossible. Just ask Guns N’ Roses.

For more on Flexx Bronco, including songs, pix and other incriminating evidence, go here.