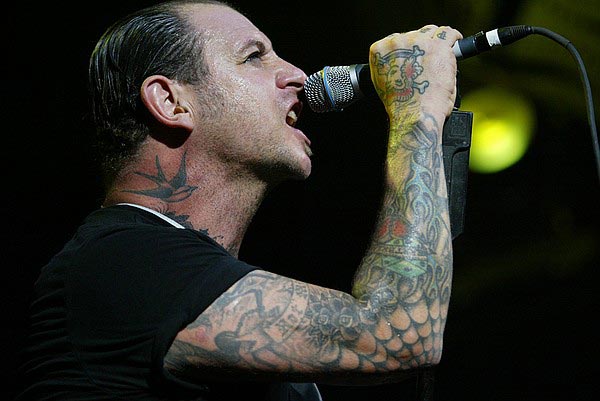 The recent relaunch of 2Fast2Die has been heavy on ’80s metal, so news from the Social Distortion camp made my inner punk feel lucky. After all, as the name implies, 2Fast2Die loves the Ramones as much as the Crue.

Newly signed to Epitaph Records, Social D. is finishing up its seventh studio album and preparing for a July-Nov. tour that stops in 2Fast2Die’s home base of Austin, TX. Nov. 18 at Stubb’s. I may take some lip from Social D. purists, but for my money, frontman Mike Ness is churning out some great latter-day albums in the form of “White Light, White Heat, White Trash” and 2004’s “Sex, Love and Rock’n’Roll.”

In a 2006 interview with yours truly, Ness confessed another state of mind when it comes to songwriting.

“I think an element (of songwriting) that wasn’t there before is being able to get inspiration from positive stuff and not just writing about everything that’s wrong in the world,” Ness said. “Being a family man has obviously changed me. Most people think their purpose in life is their career and this and that, but once I had kids it was, like, ‘Wow, this is my purpose in life.’ I’ve got to prepare these two little guys to be men one day.” To read the full interview, go here.

Social Distortion will be performing a few select warm-up shows before hitting the main stage at this summer’s Lollapalooza and Outside Lands festivals. Following those dates, the band will take a month off before returning to the stage to unveil the first new album in six years.