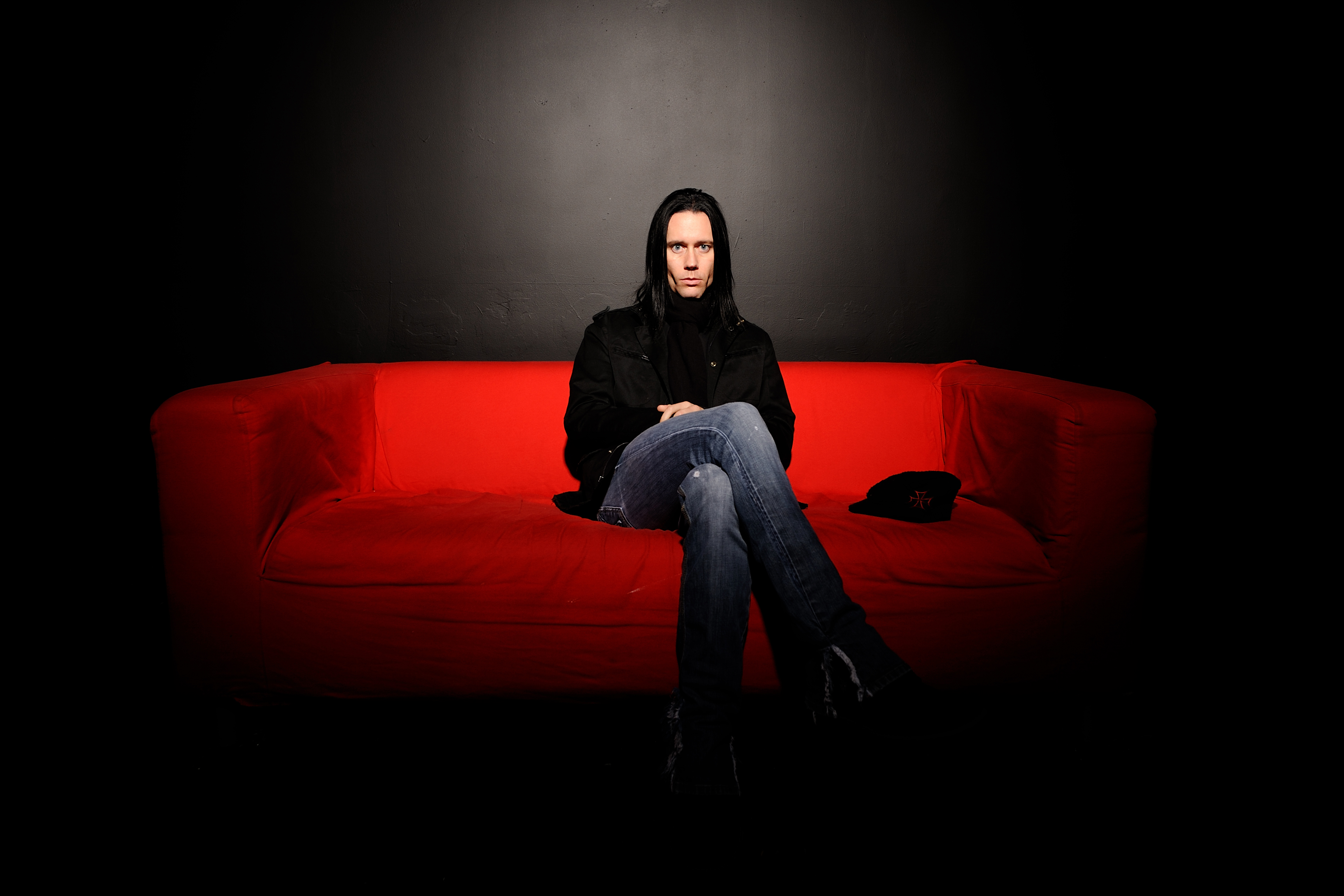 I met Cleveland Willis in the back of limo following a Broken Teeth gig in Austin, TX. I still have no idea who hired the car, but there was a party raging behind the tinted glass so I skipped the questions and dove right in. Wow. Nice! How ya doin,’ bro?

“Cleve” was the singer for the evening’s opening act, Rockets to Ruin, who were visiting from Atlanta. Turns out he was also tight with Broken Teeth bassist Brett McCormick. As we cracked beers and shuffled seats to squeeze some girls into the fun, it was apparent that me, Cleve and Brett were gonna uncork some Roth-worthy mischief. Everybody wants some, indeed!

Since then, Cleveland has visited Austin a few more times over the years while working on various other musical projects, including the short-lived, but oh-so-promising underground semi-supergroup, Last Chance Speed Ranch. More recently, he officially disbanded Rockets to Ruin and relocated from Atlanta to Los Angeles to start all over again with a brand new band called Brand New Hate. He wanted to tell you all about it, so he reached out to 2Fast2Die to offer an update. Say, “Hel-lo, Cleveland!” 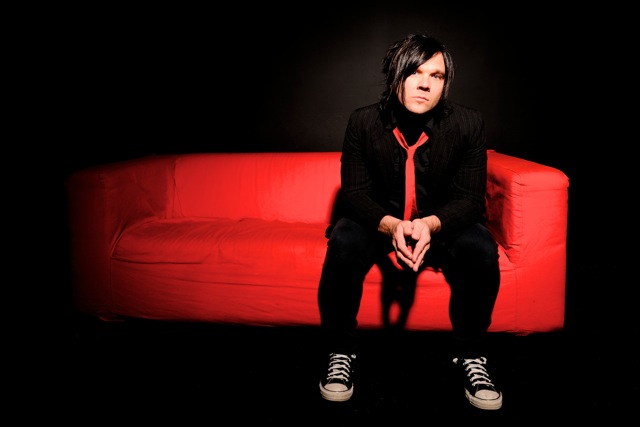 Did BNH come together after you relocated to LA or was it something you started in Atlanta and then moved to LA for exposure?
I started talking with Nick Rozz while I was still in Atlanta. When Rockets to Ruin (RTR) played at the Whisky a couple years ago, he and I talked about maybe doing a project. At the time, he was touring a lot with a couple national bands and RTR was still busy. That same night, I also met Tuesdai. She’s now our drummer and undeniably the right choice. When RTR broke up for the second and final time last year after the Cinderella shows, Keith Horne and I from RTR became dedicated 100 percent to Nick and Tuesdai and BNH. Nick and I already had some ideas written, but now it was finally time to really put the effort into making a plan. 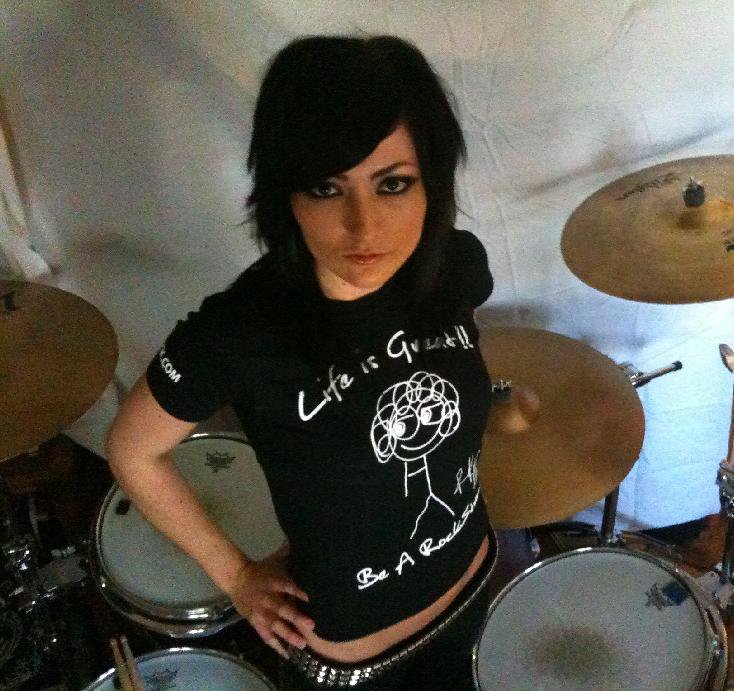 What’s the latest BNH news?
We finished a three-song demo that we’re really excited about. We’ll see what happens next. While I was in Atlanta for the holidays, I recorded a fourth tune with Bruce Butkoviche who is such a great player and engineer. BNH has plans to play the Viper Room and maybe the Key Club in Hollywood. From there, we hope to hit Phoenix and Vegas. We haven’t played a real show yet, because we’re all still in the process of relocating from different cities and getting settled in LA, but we’ve got our sights set on a few gigs and we’re stoked about getting on stage. In the meantime, I’ve been having fun doing some acoustic stuff, so we may venture into that as well. 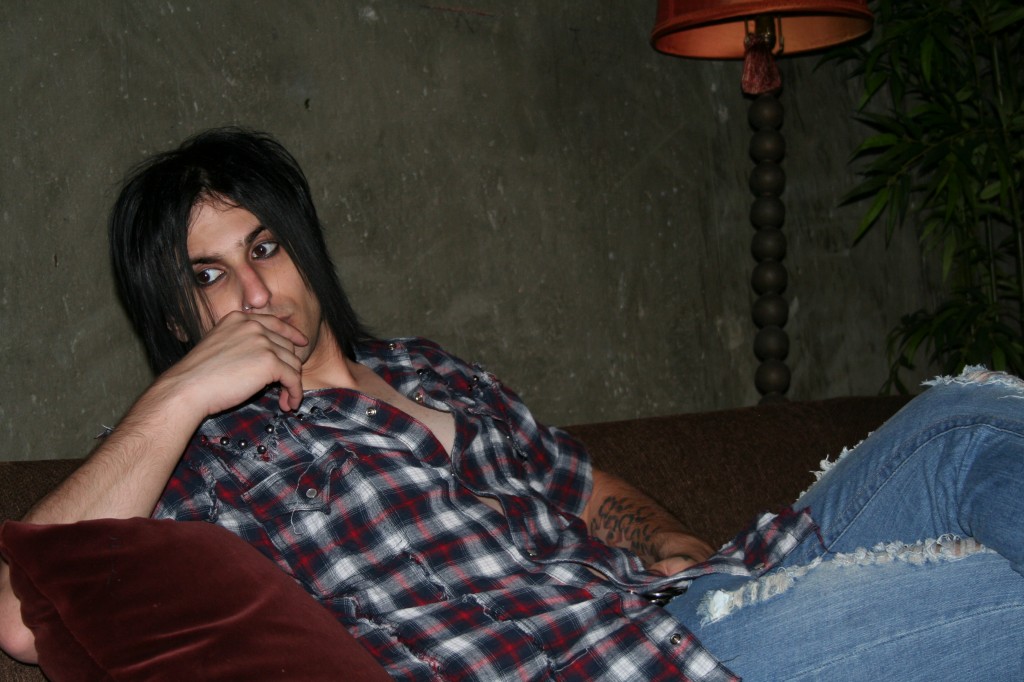 What inspired the name Brand New Hate?
It’s a Backyard Babies song. Nick and I were sitting at the Coffee Bean on Melrose … Man, that sounds so cliché! Ha ha. Anyway, we knew we wanted something both in-your-face, but also modern and new. We also wanted a three-word name. After the usual bunch of silly ideas that all bands go through, Nick said Brand New Hate one day and I knew that was it.

How does living in LA compare to Atlanta? Any major culture shock?
Not really. I’ve played shows in LA and did studio stuff there last year. I recorded and sang a song that landed on MTV’s “Fantasy Factory,” which was pretty cool. I’ve been flying back and forth for a while. Nick and Tuesdai already lived there. Now, I’m there and Keith arrives in February. I do love to wear my southern Hotlanta roots like a badge, but it’s nice to be in Hollywood. Industry-wise, I think there’s more opportunity for us in Hollywood. 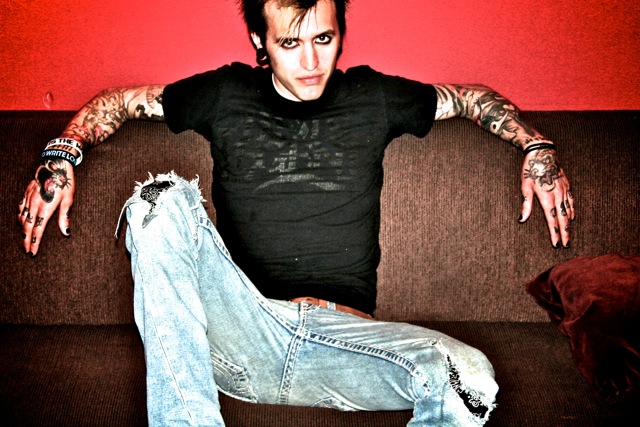 How does BNH differ from Rockets to Ruin in sound and/or approach to writing?
Until recently, BNH has never been in the same room together to write. Up to this point, the majority of it has all been done via email. It’s been challenging and takes a lot longer, but I think it makes us better and stronger writers. Nick has a different approach with formulas and influences, especially Marvelous 3, yet he plays a heavier style with groove and keeps the swagger. I’m really excited to get in the room with BNH and see what else we can do. Tuesdai and Keith are huge Wolfmother fans. Nick and I love the Cult, Black Crowes, Seether, Shinedown, Black Stone Cherry and Marvelous 3. We’ve had some amazing bass riffs recorded in Atlanta by Bruce Butkoviche of the James Hall Band and The Future Bold. He adds so much feel and groove and emotion. Writing is gonna be way cool and fun.

Why did RTR break up? Seems like you had a growing following and a good connection with Rachel Bolan of Skid Row fame
I needed a break. We all did! We took some time off and Rob went and played with Wednesday13 and Gunfire76. Then we got an offer from Lil John’s hip-hop production/label to get back together, so we did. We started recording and it was going great. We got Keith to play guitar and Rob did the drums, but then left to go play with Skid Row. We got a dude I grew up with named Brent Addison to play drums live and were off and running, playing shows with Powerman 5000 and part of the Cinderella tour etc. Then our manager lost his fucking mind and screwed a lot of things up. Fucker! The guy was legit and had a lot of platinum under his belt so we thought it was all good. Wrong! We lost the support and the expensive record that still sits in a computer somewhere. A lawsuit may ensue one day. He was a waste of talent and so much money, but onward and forward for now. Now Rachel, on the other hand, produced our first record and managed us. He was amazing. We got to tour with Skid Row and many others, including Paul Stanley, because Rachel believed in RTR. Rachel changed our lives and we are indebted  to him and Skid Row. In the end, we felt RTR had run its course and I was ready for a fresh, new start.

Tell us something just for fun. Do you have any interesting hobbies or goofy, guilty pleasures?
I’m addicted to Bikram Yoga. I’m also a huge movie person and coffee snob — just ask Adam Stevens from Southbound Saints! Oh, and I can juggle. Yep, that’s right ladies and gents — usually fruit! 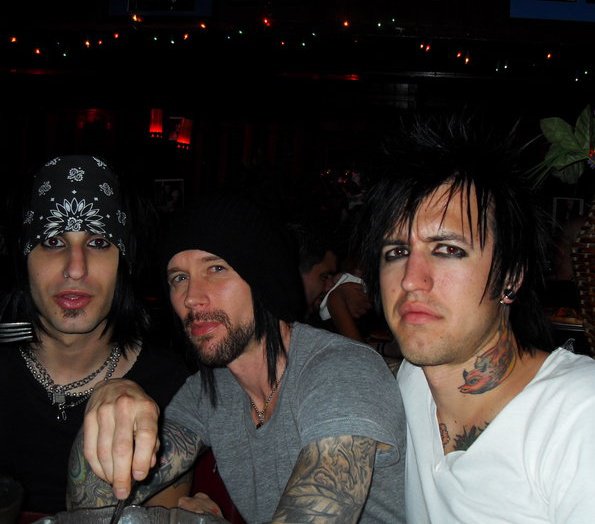 What’s the big-picture gameplan for BNH in 2012?
We’re shopping the demo, talking to lawyers and managers. It’s the game we have to play if we hope to get a deal. It’s hard these days, but very doable. We’re trying to be smart about the moves we make, who we play with and the songs we write. I’m enjoying the process now like never before. My lyrics are different, I’m writing more than ever and even doing those acoustic shows here and there. It’s been a blast, but I’m definitely ready to play the stage with the big, loud, groovin sounds behind my voice. I’ll always be proud of RTR and what we became, and I’m grateful to have grown because of it, but now I’m ready for this next chapter.

Too see how NOT to conduct an interview, click below and watch Cleveland and Skid Row drummer Dave Gara get babbled to death by some drunken host. Cleve pretty much nails it at the 2:13 mark.