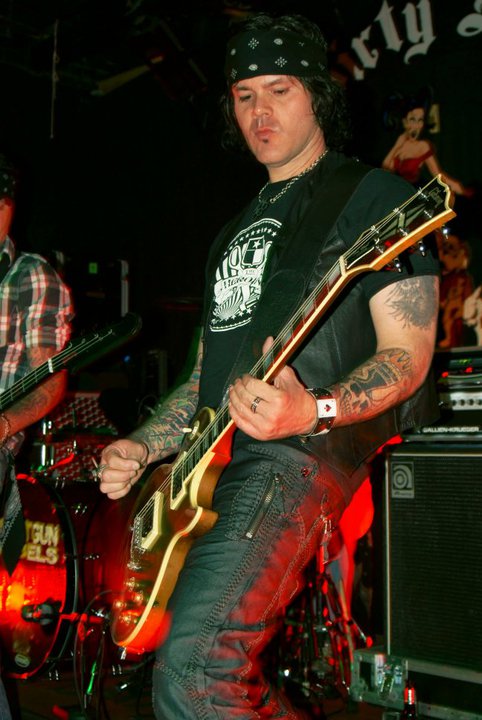 We’re launching a new semi-regular feature here at 2Fast2Die called, “Ask.” The purpose? It’s our way of pestering your favorite rocks stars and scenesters without wrestling them to the ground (or bribing them) for a full-blown interview. After all, they’re too busy bagging groupies and bathing in blood … and 2Fast2Die is still trying to get some sleep!

So, in the spirit of keeping “Ask” short (as defined by whomever is kind enough to acknowledge our meager request and pathetic existence), I give you guitarist Rex Rogers of down-n-dirty San Angleo rockers, Shotgun Rebels.

ASK: What’s your all time favorite album and why?

REX: The album that changed my life was “Back In Black” by AC/DC. I was just old enough to be into music when it was released. I remember sneaking into my older sister’s room to play her records and being drawn to the “none more black” album cover. 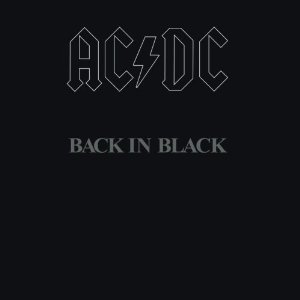 Hearing power of “Hell’s Bells” for the first time hooked me for life. When I eventually became a guitar player it was only natural for me to be drawn to the power in the simplicity and groove of the Young brothers’ guitar playing. And Brian Johnson’s voice on that album scarred me for life. Every singer in my top 10 list sounds like they smoke cigarettes and drink whiskey just a bit too much.

To this day, I think the sound and production on that album are the gold standard for everything else rock-n-roll. “Back in Black” is, in my opinion, still the No. 1 greatest rock-n-roll record of all time … with “Appetite for Destruction” being a close second.

And while rock snobs will always lean toward the Bon Scott-fronted “Highway to Hell” album, the rest of the world will be rocking to “Have a Drink on Me” “Shoot to Thrill” and “You Shook Me All Night Long.” “Back in Black” is not only AC/DC at the top of their game, but rock-n-roll at the top of its game.

2Fast2Die says: “Back in Black” was also my first introduction to AC/DC and I couldn’t agree more that Brian Johnson’s voice was a weapon of mass destruction. The bloody-murder screams at the end of “Shoot to Thrill” are pure karaoke suicide. Undoubtedly one of the most important and best hard rock/heavy metal albums of all time.

For more info on Shotgun Rebels, including an upcoming live album, go here.