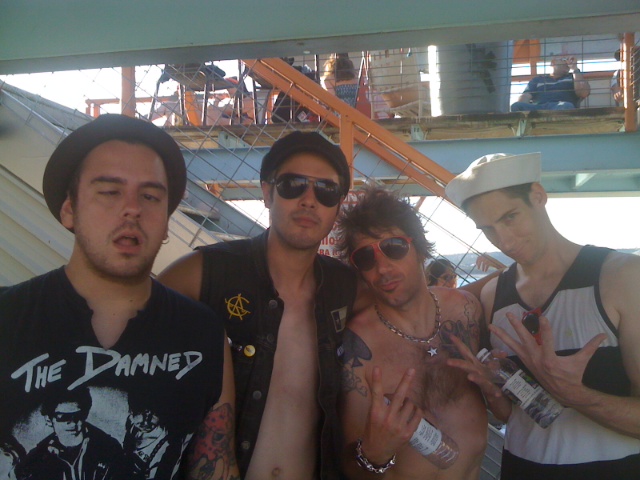 What happens when the Riverboat Gamblers hijack a double-decker party barge and throw a punk-rock barbecue bash on Lake Travis? According to an early announcement from the ship’s crew, 500 cans of beer immediately disappear — which is either impressive or worrisome given the approximate attendance of fewer than 100 passengers. 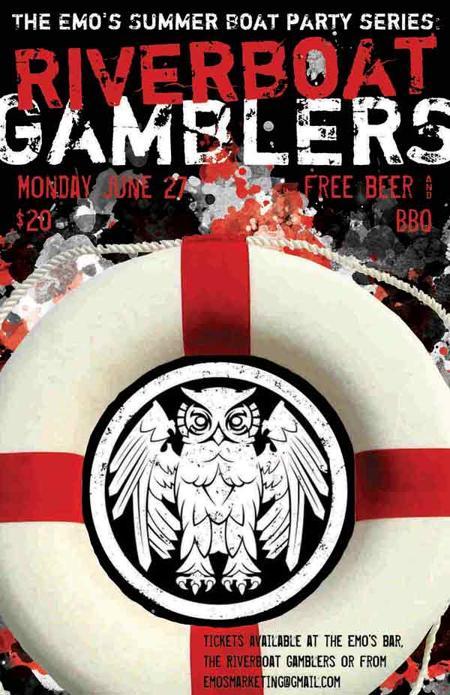 Not to worry, mates, a rescue boat was soon dispatched to retrieve 600 more cans. After that, you’re on your own, so feel free to pony up any additional funds and our intrepid beer runner will happily oblige your thirst.

Such was the scene yesterday when the Gamblers partnered with Emo’s as part of a summertime series of floating concerts. To be honest, the event could stand some clarification. First of all, it was so hard to locate the launching dock that Gamblers singer Mike Wiebe told me he was worried enough about finding the boat that thoughts of no-show apologies raced through his head (the dock is accessed through a nondescript gate next to Volente Beach). Secondly, this is not a cruise per se, but rather an across-the-lake docking that allows for swimming, diving, sliding and island exploring. Thirdly, it’s totally cool to bring your own ice chest, which would have been welcome news had it been advertised along with the rest of the details (launch site, $5 parking fee, swimming, etc.). I’m not complaining, just trying to inform future barge hoppers.

That said, Capt. Chad and the Emo’s crew were more than accommodating. They did, after all, send out for more beer. They also delivered on their promise of all-you-can-eat food (Brats, sausage links, chicken, watermelon). Smoking was allowed everywhere, swimming floats were in plentiful supply, death metal raged through a pummeling sound system and everyone had a great time stripping down to their skivvies, sunning their full-body tats and tempting their (non-existent?) life insurance policies with back flips and other second-story stunts into the drink. Onboard yesterday were members of Street Dogs (enjoying a day off from this year’s, meh, Warped Tour), Rise Against, Krum Bums and the usual Emo’s suspects.

When the Gamblers finally hit, they hit hard and fast as always. For my money, they’re the best live band on the planet. The Gamblers could perform in an elevator and it would be the best damn show you’ve ever seen. Trust me. As always, Spiderman singer Mike was climbing the rails, sliding across the deck, taunting the snooty preppies in a nearby enormo-yacht and finally ending the show with a second-story, man-overboard plunge into the darkened waters. Ahhh, summertime. Ain’t it fun?