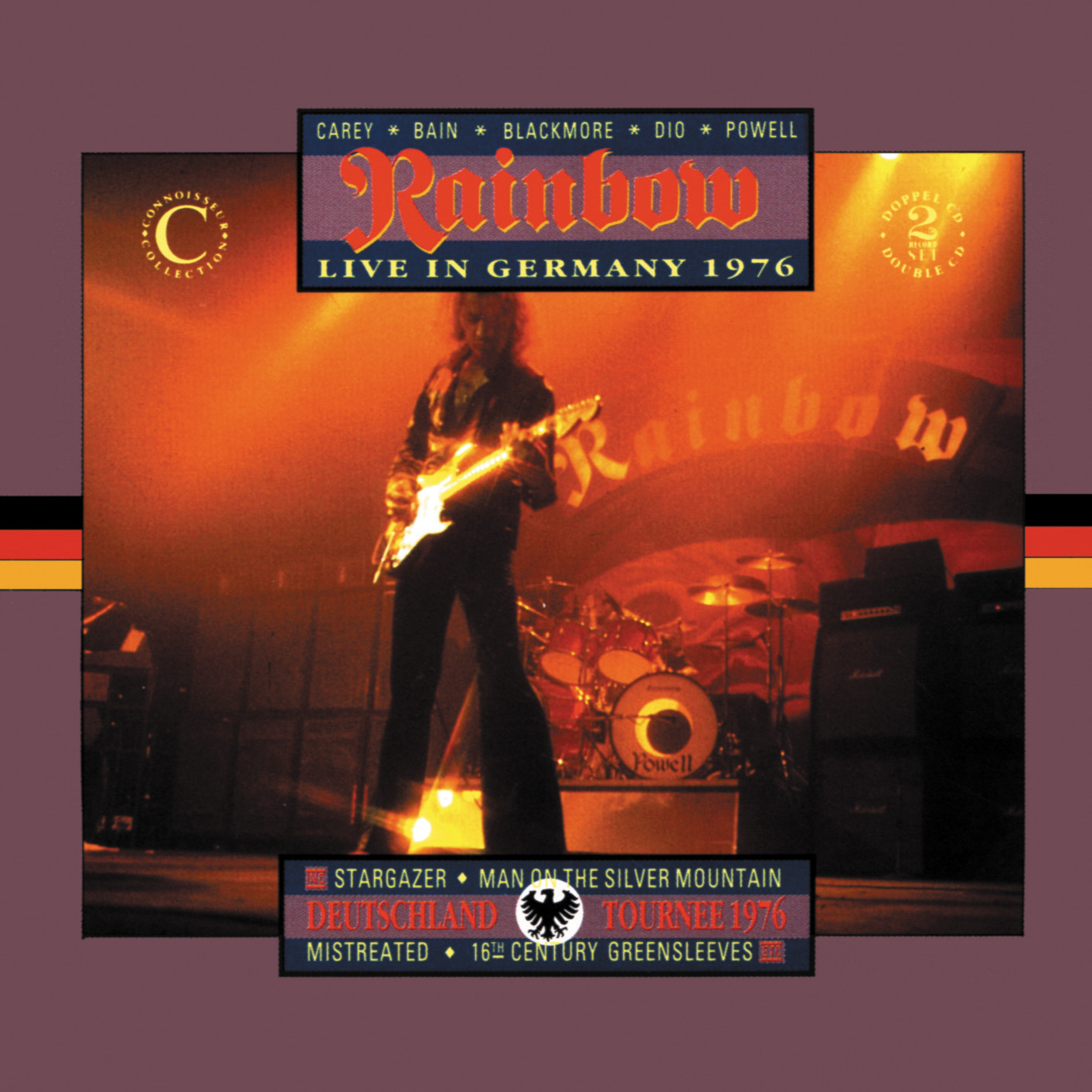 If Ritchie Blackmore had a dollar for every musician who passed through his payroll, he could retire to Sherwood Forest and cool his frets forever. Oh, wait a minute!

Kidding aside, the legendary Deep Purple shredder has assembled some fireball bands over the decades, not the least of which was Rainbow in 1976.

Gone, but forever revered, this classic version of Rainbow was captured “Live in Germany 1976.”  The long-lost concert was recently reissued through the treasure-trove vaults of Eagle Rock Entertainment.

If you’re a casual Rainbow or Dio fan, this is not the album for you. With five of eight songs stretching toward or beyond the 15-minute mark (and another clocking in at 9:45), “Live in Germany 1976” offers more noodles than a Chinese buffet. Most songs don’t even get started until the three-minute mark following trippy intros and squiggly guitar doodles. Eight songs across TWO CDS? Holy smoke on the water!

Extended jams, drum solos and ongoing outros were all the norm in 1976, but when a band of virtuosos like Rainbow takes the wheel, the car is gonna run out of gas. Yes, the talent is impressive, but in the 1976 arena, even a tight song like “Man on the Silver Mountain” (with its “Hush” intro) gets driven til the wheels fall off.

Overall, “Live in Germany 1976” is best-suited for Blackmore fanatics and fans of 1970s progressive arena-rock jams. A better intro to the legacy of Rainbow is “Rising” or any of the other Dio-fronted studio albums. You also can hardly go wrong with the many post-Dio lineups responsible for such hits as “Stone Cold,” Since You Been Gone,” “I Surrender,” Death Alley Driver,” Can’t Happen Here” and “All Night Long.”

Live on stage in 1976, Rainbow will never be confused with the Ramones.

Overall Grade: “A” for Blackmore fanatics who must own every rarity; “D” for everyone else