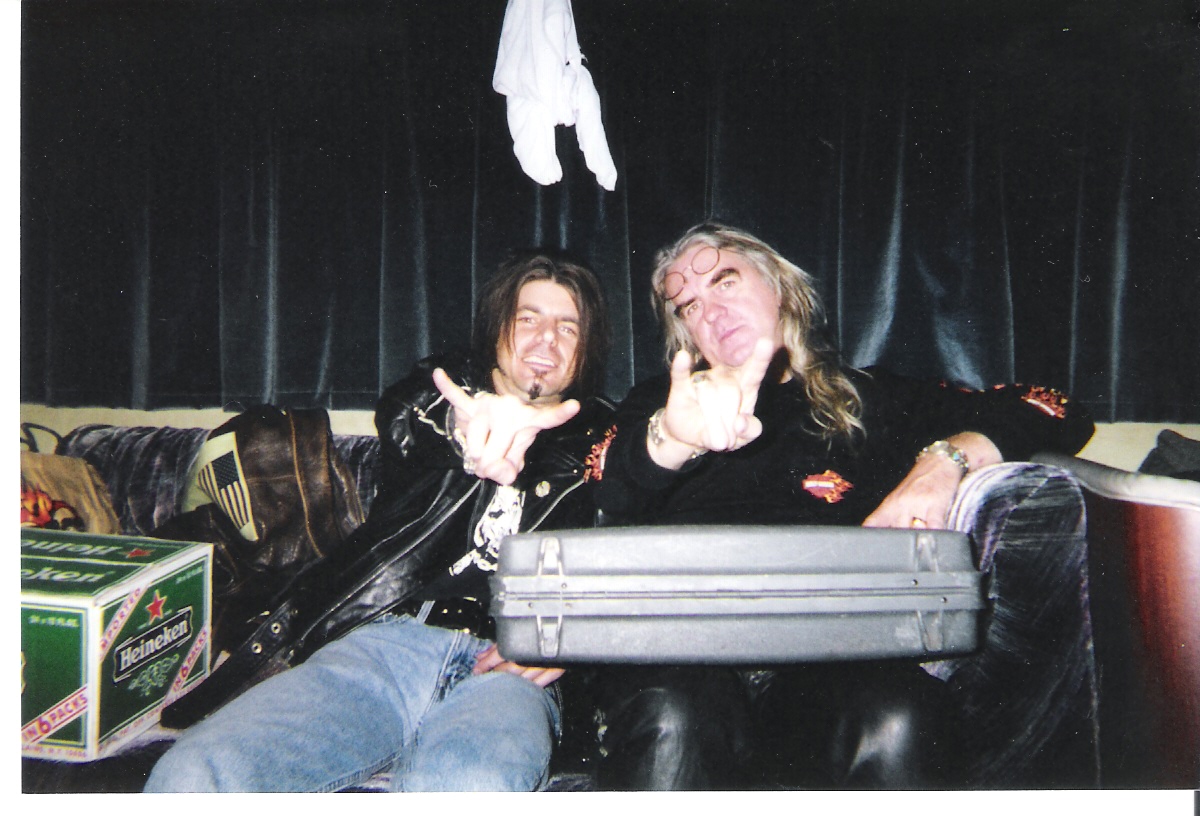 If every picture tells a story the one above is more humorous than most. It also makes a nice introduction to a random new 2Fast2Die feature I’ll call Pictured Life (thanks, Scorpions!). Pictured Life will let the photo do most of the talking with only minimal back story from me to set the scene (yeah, right!). Got it?

So, the year above was 2000 and legendary British metal band, Saxon, was well past its power and glory days (at least in America) and touring the club circuit to promote the “Metalhead” album. Former Accept singer Udo Dirkschneider was the opening act, but that’s a whole ‘nother story.

As usual, I set out early to case the venue in hopes of landing an interview with Saxon singer, Peter “Biff” Byford. Long story short, Biff was willing to do the interview after the gig, which meant I would linger until the venue (the Metro, now called the Dirty Dog) cleared and then follow the band onto the tour bus parked on Austin’s Sixth Street. So far, so good.

As planned, we cross Sixth Street around 2 a.m. to board Saxon’s bus, when we discover the door is somehow jammed. Awww, bloody hell! The driver, who had been sleeping, is now awake, but locked inside. As solutions are debated back-and-forth through a tiny sliding window, I find myself living a Spinal Tap moment while stranded on Sixth Street with Saxon. Various tools are passed from venue staff through the bus window, but nothing is unlocking the door.

Remembering my car is parked a block away, I set out to find more tools and return to the bus with a handful of screwdrivers, a hammer and my car jack. Still scratching our heads, someone decides to wedge the jack beneath the bus door and start cranking. Bam! The door pops open to a round of applause and we finally climb aboard nearly an hour after our dilemma began.

As you can see from the photo, I was rewarded with Heineken, an interview with Biff and a handful of free passes to the next night’s gig in San Antonio. I also walked away with an unforgettable Saxon story and plenty of pats on the back. All hail The Mighty Jack!