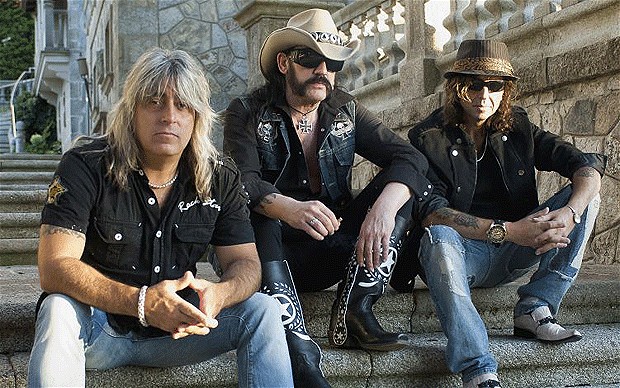 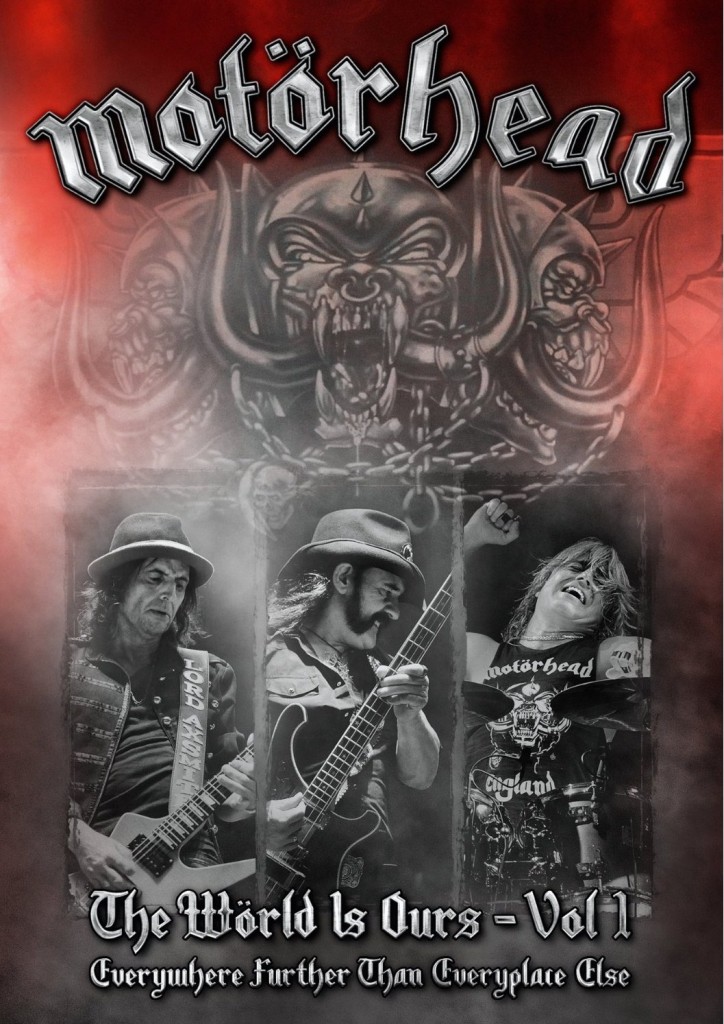 NO SLEEP ‘TIL NEVER: Motorhead’s latest DVD celebrates 35 years on the road (and counting).

At an age when most 66-year-olds retire to the fishing pier, Motorhead’s Lemmy Kilmister is still mainlining cigs and booze while detonating worldwide concert venues with band mates Mikkey Dee and Phil Campbell. It goes without saying that trying to keep up will undoubtedly wreck your health.

While Motorhead wasted no time cursing the cost of a recently released box set (way overpriced at $600 and woefully under-approved, to put it politely), you won’t catch any lip from Snaggletooth for picking up the band’s new, fully endorsed CD/DVD combo, “The Wörld Is Ours-Vol 1 – Everywhere Further Than Everyplace Else.”

A celebration of 35 years on the road, “The Wörld Is Ours … ,” captures the finest moments from Motorhead’s last tour, including a rabid full-length performance from Chile’s Teatro Caupolican. Shot and filmed in classic black and white by Banger Films and Sam Dunn (“Iron Maiden Flight 666,” “Rush: Beyond The Lighted Stage”), the DVD practically spews sweat and smoke as it pounds through such Motorhead classics as “Overkill,” “Ace Of Spades,” “Killed By Death” (featuring Doro and Todd Youth) and “Born to Raise Hell” (featuring Michael Monroe) along with fan favorites (“Over The Top,” “I Got Mine”) and newer tunes (“I Know How To Die, “Get Back in Line”).

Along with the Santiago beat-down are bonus tracks recorded at shows in Manchester and New York. Overall, the triple-disc set is rounded out with a series of band interviews, a double-live CD that mirrors the DVD track listing and an always-welcome photo booklet (because Motorhead is nothing if not photogenic!).

Diehard Motorheadbangers no doubt already own the previously released and highly recommended DVDs, “25 & Alive: Boneshaker” and “Stagefright.” Congratulations! You truly are a glutton for punishment.

The fact that this latest DVD installment is dubbed “Vol.1” suggests another punch is on the way. To that we say, “Go ahead, Lemmy, make my day!” The $600 we saved on the box set will afford us a lifetime of earplugs.