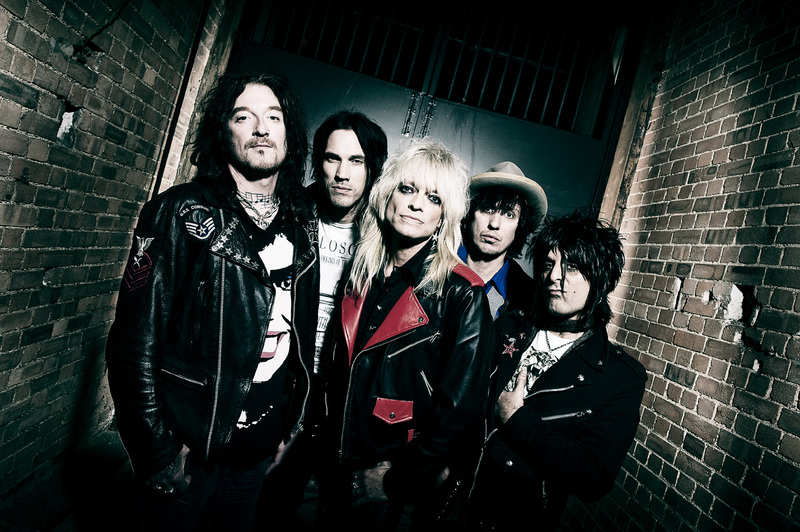 DON’T NEVER LEAVE ME: Guitarist Ginger, left, and singer Michael Monroe, middle, have already parted ways, but not before leaving behind a brilliant rock record that already stands the test of time. (Photo by John McMurtrie) 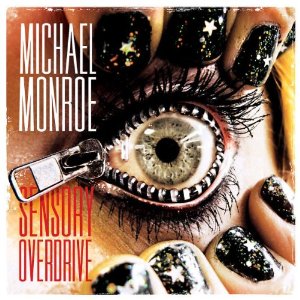 The rock-n-roll divorce is already final between iconic Hanoi Rocks singer Michael Monroe and Wildhearts guitarist Ginger, but the short-lived honeymoon sparked a bang of an album.

A glitter-specked jawbreaker of black-leather glam, “Sensory Overdrive” is, quite simply, the best Michael Monroe record you will ever find (unless “Demolition 23” turns up with your long-lost unicorn).

Opening track, “Trick of the Wrist,” is a relentless adrenaline boil of forever-young bravado that could exhaust even Iggy Pop. The Metallic KOs keep coming with the tongue-twisting rant, “Got Blood?” and the ready-to-fight “Center of Your Heart,” with its rollercoaster Yaffa bass line. 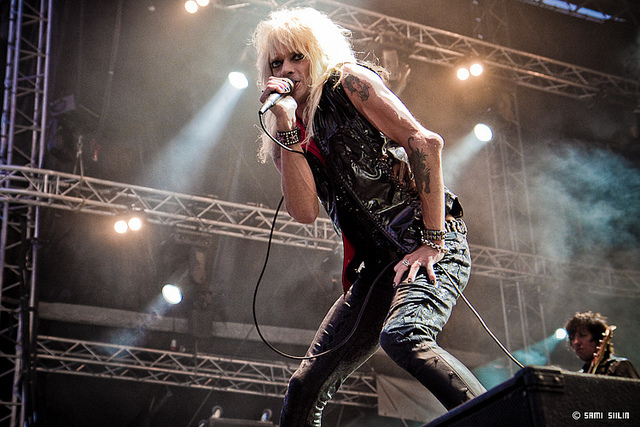 Lead single, “78,” borrows the pomp and stomp of Gary Glitter, then drives it through the Chambers Brothers’ garage. “Bombs Away” drops like a ton of ZZ-flavored metal-boogie with Monroe huffing a harmonica windstorm that leaves him breathlessly cackling at song’s end, “Now that I’m all dizzy, where was I?”

While Ginger’s influence and Cheap Trick fixation are stamped across “Sensory Overdrive” like 100 tattoos, they’re at their most between-the-eyes obvious on “Superpowered Superfly,” which jangles and shimmers like the Wildhearts polishing an Elvis Costello gem. More Wildhearts echoes turn up in the stomping shut-your-face kiss-off, “Modern Day Miracle,” and the storm-from-the-gates, “Later Won’t Wait,” as it marries urgent lead vocals to soaring Cheap Trick choruses before downshifting to a smoky Monroe sax solo and broken-promise lament of, “one of these days, I’m gonna stop saying ‘one of these days.’” Whew!

The crowning nod to Monroe’s Hanoi Rocks is the swaying, mid-tempo ballad, “All You Need.” A simple slice of thankful, look-in-the-mirror brilliance, the song carries far more weight than its chiming chords would imply. Like other “Sensory” tracks, it also takes flight on a huge gust of angelic backup vocals.

Similarly, “Gone Baby Gone,” is a breezy, soft-rock country surprise that finds Lucinda Williams guesting on vocals that spiral beautifully into a chorus that soars like, dare I say, the Eagles (or Jackson Browne). Who knew tough guys could be so mellow?

As if to end things on a jagged exclamation point, “Sensory Overdrive” closes with “Debauchery as a Fine Art,” which finds Ginger and Conte revving up their six-string chainsaws and dive-bombing wah-wah pedals to appease the guest-vocal growls of God (Lemmy) on such Ramones-like lines as “Runnin’ round the block 24-7/Livin’ off the junk from a 7-11.” For added good measure, Ginger rips a blinder of a solo reminding us that he can spar with the likes of Slash when he fancies to hammer the metal.

Like all truly great albums, “Sensory Overdrive” will drive listeners mad trying to pick their favorite song (it’s impossible and changes every three minutes). Too bad Monroe and Ginger have since parted ways, because their collaboration on “Sensory Overdrive” is a career highlight for both. It also stands as another trophy for Jack Douglas to add to his Aerosmith, Cheap Trick and John Lennon collection. Damn good company, boys!

In a few words, “Sensory Overdrive” is the very best rock record to come along in ages. In a single word, it’s a masterpiece!