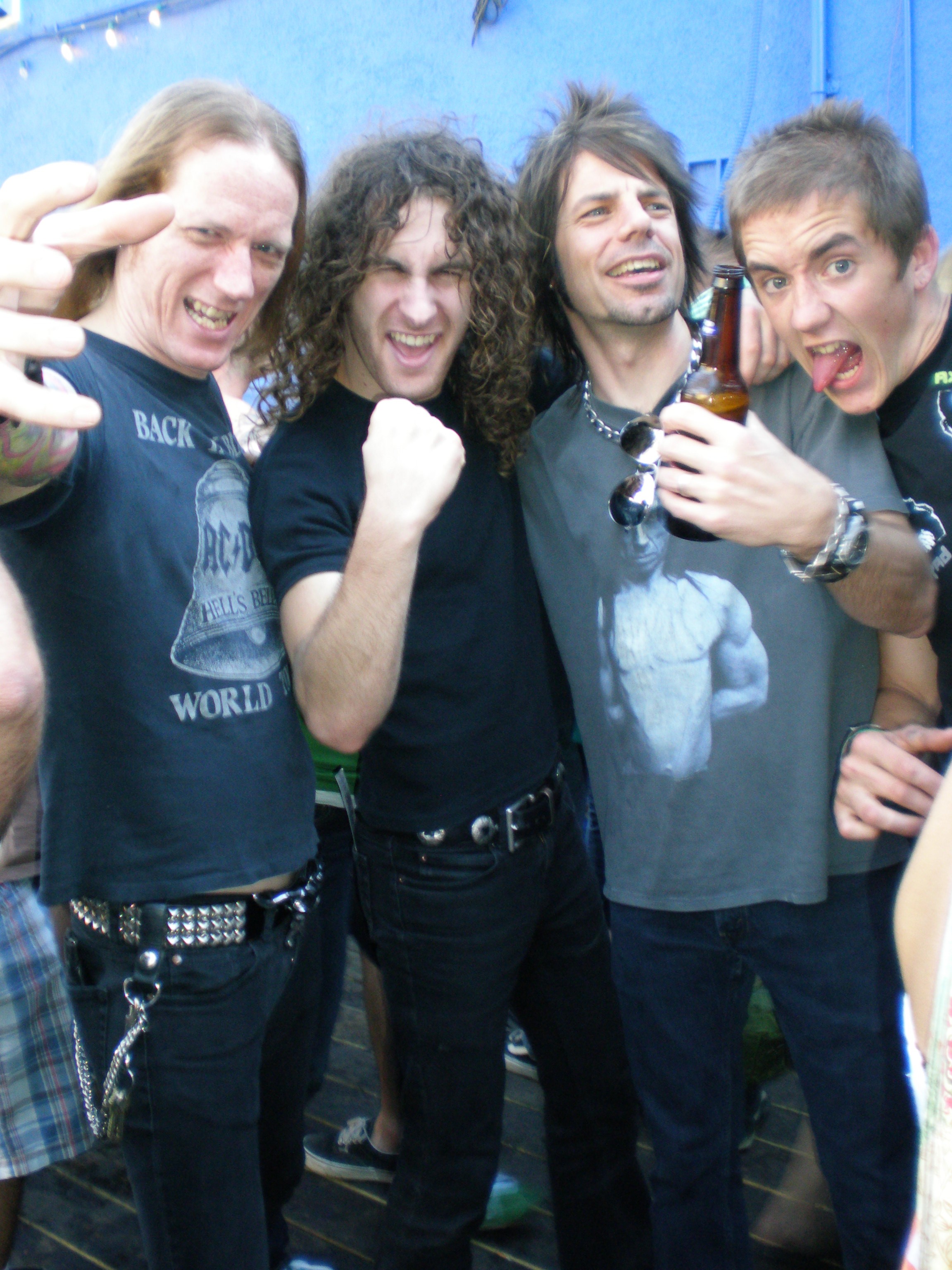 With very special thanks to the idiot on the right, the only caption that suits these photos is “WTF?” The look on my face says it all.

Taken during SXSW 2008 following a killer performance by Aussie rockers, Airbourne, on the back deck of Creekside Lounge, what should have been a great shot of myself with Broken Teeth singer Jason McMaster (left) and Airbourne frontman Joel O’Keeffe (center) was instead rendered “WTF?” by our drunken intruder.

After scowling at the class clown, but stopping short of getting physically ugly, I not-so-politely told him to get outta of my photo.

As you can see from the second shot, he obliged by fading into the background, but still couldn’t resist being a booger-hunting jackass. 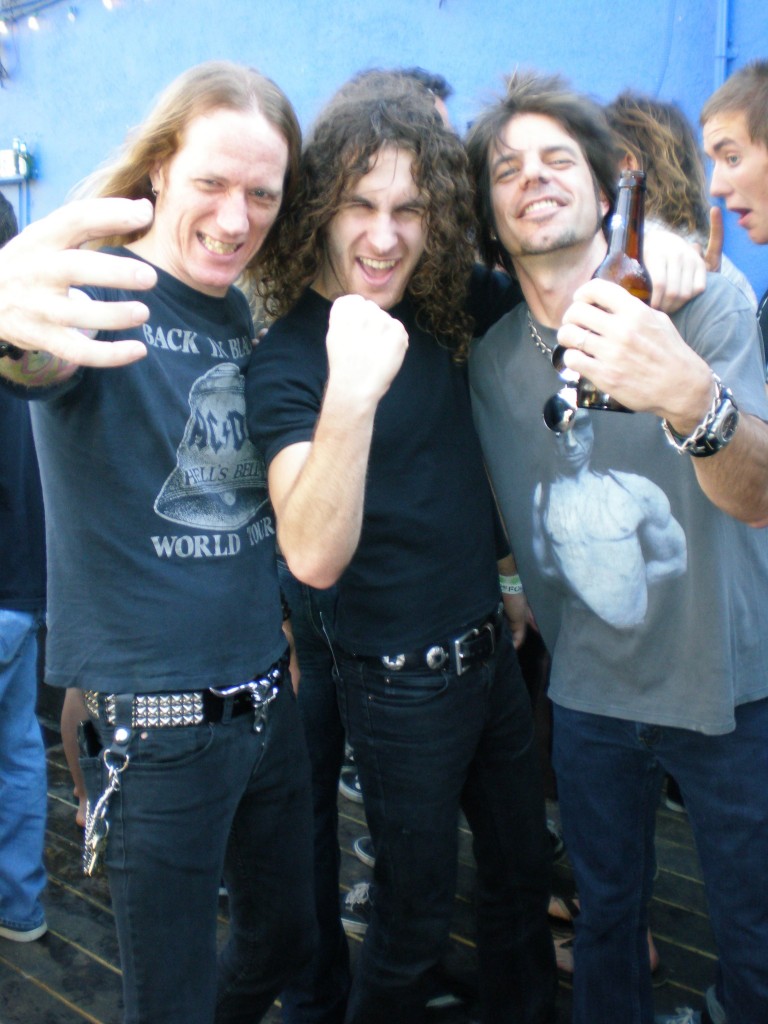 Today, I have to admit, these pictures crack me up. It just wouldn’t be SXSW without some booze-soaked chuckle-head crashing your souvenir snapshots.

Hmmm, maybe I should re-caption these photos “LMFAO @ SXSW”?