Michael Monroe: Got Live If You Want It! 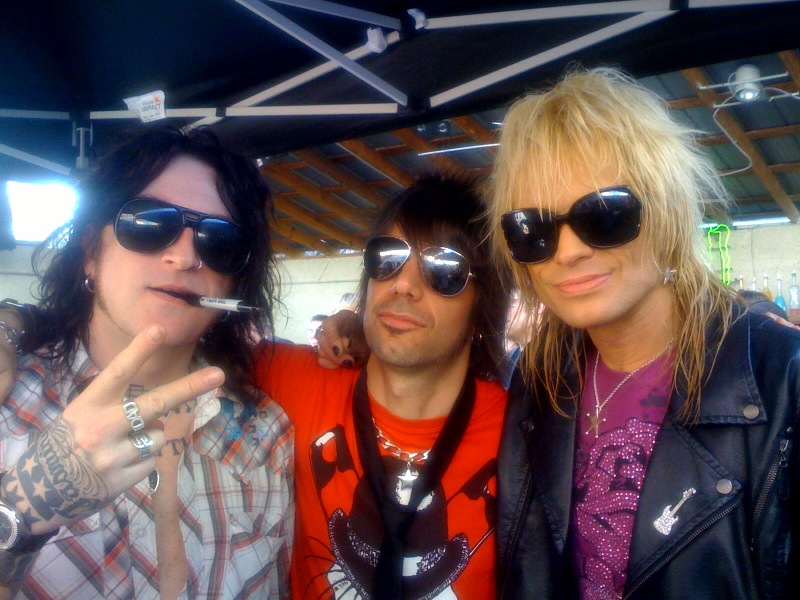 If lightning can be caught on an album, we’re in for a razzle-dazzle glam-rock shock on Sept. 27. That’s the date when Hanoi Rocks frontman Michael Monroe uncorks a live album titled “Another Night in the Sun,” featuring a stunner of a setlist consisting of Hanoi tunes, Demolition 23 gems, solo songs and covers of glitzed-up gutter anthems by some of our favorite sleazebags.

After twice witnessing Monroe live at SXSW in Austin last March, I went raving to all who would listen (and some who wouldn’t) that his gigs were among the Top 10 I’d ever seen in a lifetime of rock-n-roll mayhem. “Stunning at every turn, Monroe was a cyclone of sweat, jewelry and lip gloss,” I reported for Classic Rock magazine. For the full review, go here.

To get the dirty goods on “Another Night in the Sun,” I followed up on a tip from a reliable source in NYC (and I do consider the former publicist for the Ramones to be a reliable source). From there, I decided to get closer to the source so I e-mailed my friend Ginger, who is playing guitar in Monroe’s band while on hiatus from his claim-to-fame gig as frontman for The Wildhearts. So, what’s up with this new album recorded live in Monroe’s native Finland? I’ll let Ginger tell you via his cut-and-pasted email below. Let ‘em have it, matey!

“The new live album is exactly that, the sound of this band doing what we do. No overdubs, no fakery. It’s a brilliant band, amazing players and Michael is in a league of his own as far as frontmen are concerned. There was so much interest in releasing an album quickly that we said, ‘it would be cool to just let them hear us live first.’ A lightbulb went off above us and we figured ‘fuck it, let’s do it.’ A band like us are all about playing live and what better way to let people see that this isn’t just another hype story? This lot are the real deal.”

If what’s around the bend strikes your fancy, know that Monroe’s holiday in the “Sun” is just a teaser for the forthcoming studio album from his all-star bandits, including longtime Hanoi, Jetboy, Blackhearts bassist Sami Yaffa, New York Dolls guitarist Steve Conte and one-time Danzig/Chelsea Smiles drummer, Karl Rockfist. Now that’s what I call some RLF fun!