‘Watch You Bleed: The Saga of Guns N’ Roses’ aka ‘Welcome to the Bungles’ 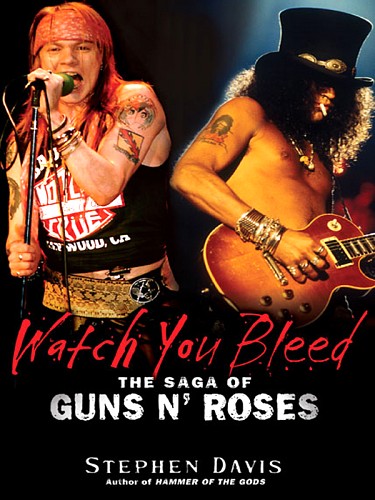 The most astonishing takeaway from Stephen Davis’ “Watch You Bleed” is not some tasty tidbit about Guns N’ Roses, but rather all the mistakes that flowed unfiltered onto the pages.

Davis, you may recall, is the highly acclaimed author behind the classic Led Zeppelin book, “Hammer of the Gods,” and the Aerosmith tell-all, “Walk This Way.” It’s been years since I’ve revisited those two books, but after reading “Watch You Bleed,” I’m afraid of what I might find.

Granted “Watch You Bleed” is unauthorized by GN’R, but not having firsthand access to the band is no excuse for turning your back on Google. Wow. Where to start?

Hands-down, the most egregious mistake comes when Davis refers to Paul Stanley as the bassist for KISS. Really? Does Gene know about this? 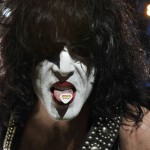 Yes, he sticks out his tongue. No, he’s NOT the bass player in KISS.

Getting that wrong is not just bad; it’s almost criminal considering the multitudes of history and shameless self-promotion heaped upon one of the biggest bands in the world. I’ll bet even my mother knows Gene Simmons is KISS’ bassist. And if she doesn’t, my 4-year-old son sure does.

Almost equally as gross is Davis referring to Bon Jovi’s “Slippery When Wet” as the band’s debut album. Eh, sorry pal, but “Slippery” is Bon Jovi’s third album, not first. Again, given the fact that BJ is a household name and “Slippery” was nothing short of a blockbuster, it’s hard to fathom how a rock writer could be so horribly wrong.

Then there’s the issue of spelling – or misspelling as it turns out. In talking about GN’R peers Faster Pussycat, Davis calls the band’s singer Taime Down (it’s Downe with an “e”). Sure, Faster Pussycat was never as popular as KISS or Bon Jovi, but when you’re writing a book about Guns N’ Roses, it seems you could better research your subject’s peers. OK, so Taime Downe was no David Lee Roth, but he was signed to a major label, had a handful of MTV videos and sang a hit song called “House of Pain.” It wasn’t “Stairway to Heaven,” but it wasn’t a B-side import, either. The point is, Taime Downe – especially in the context of a GN’R book – is certainly a name that is easily obtainable (hello again, Google). 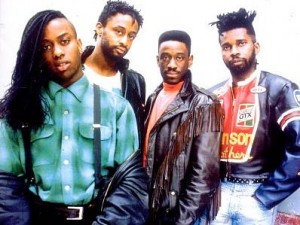 The (mis)spelling bee continues when Living Colour is spelled Living Color (without the “u”) − and called a trio! Not only did the four-piece New York band share the same hometown as Davis (doh!), but like Faster Pussycat, Living Colour was hardly unknown (except, it seems, to the band’s neighborly author).

In fact, Living Colour was actually considered quite groundbreaking as an all-black hard rock band that gained mainstream success. Oh, and the reason Living Colour is mentioned in the book? Because alongside Guns N’ Roses, they spent a few exclusive nights as the opening act for the Rolling Stones (which, to his credit, Davis spelled correctly). But, hey, what are the odds of such a poorly attended gig being archived anywhere?

There’s also the questionable description of Alice Cooper’s “freebase habit.” Huh? Alice is the first to admit he spent decades awash in Budweiser, but hardcore drugs? Not that I’m aware (but then again, I’m convinced Gene Simmons plays bass for KISS). 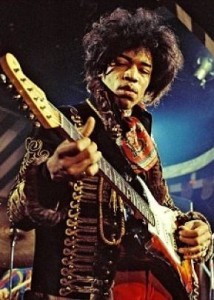 Then there’s the bit where melodic metal band Helloween is described as “a German KISS clone.” How so? A Judas Priest semi-clone, perhaps, but KISS? Don’t think so. And, hey, we all know guitar legend Jimi Hendrix famously torched his Gibson Les Paul, right? Eh, wrong! Hendrix was so often pictured with his preferred Fender Stratocaster it may as well have been his third arm. C’mon, man! 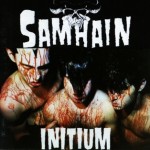 I admit I’m a geek when it comes to these things, but I just can’t let a New York Times best-selling author off the hook for fumbling bands and facts so well documented that even casual research would spare you embarrassment. We’re not talking Samhain here!

Of course, the story of Guns N’ Roses will always be immensely engrossing, highly sensational and wildly entertaining for any hard rock fan. From that perspective I enjoyed “Watch You Bleed” in the same way I enjoy pizza. You can always argue about your preferred ingredients, but in the end, you’ll eat whatever arrives at your door – even if it’s half-baked and dripping with imperfections.

Overall Grade: F
Sure, there is fair reason to believe most of Davis’ info is based on secondhand fact, and yes, the story of GN’R is more fun than a Jack Daniel’s bender, but when an acclaimed rock writer screws the pooch on KISS, Bon Jovi and Hendrix, you’ve got to slap him silly with an arena-sized, lazy-ass FAIL! Steal it and enjoy with a double shot of skepticism.