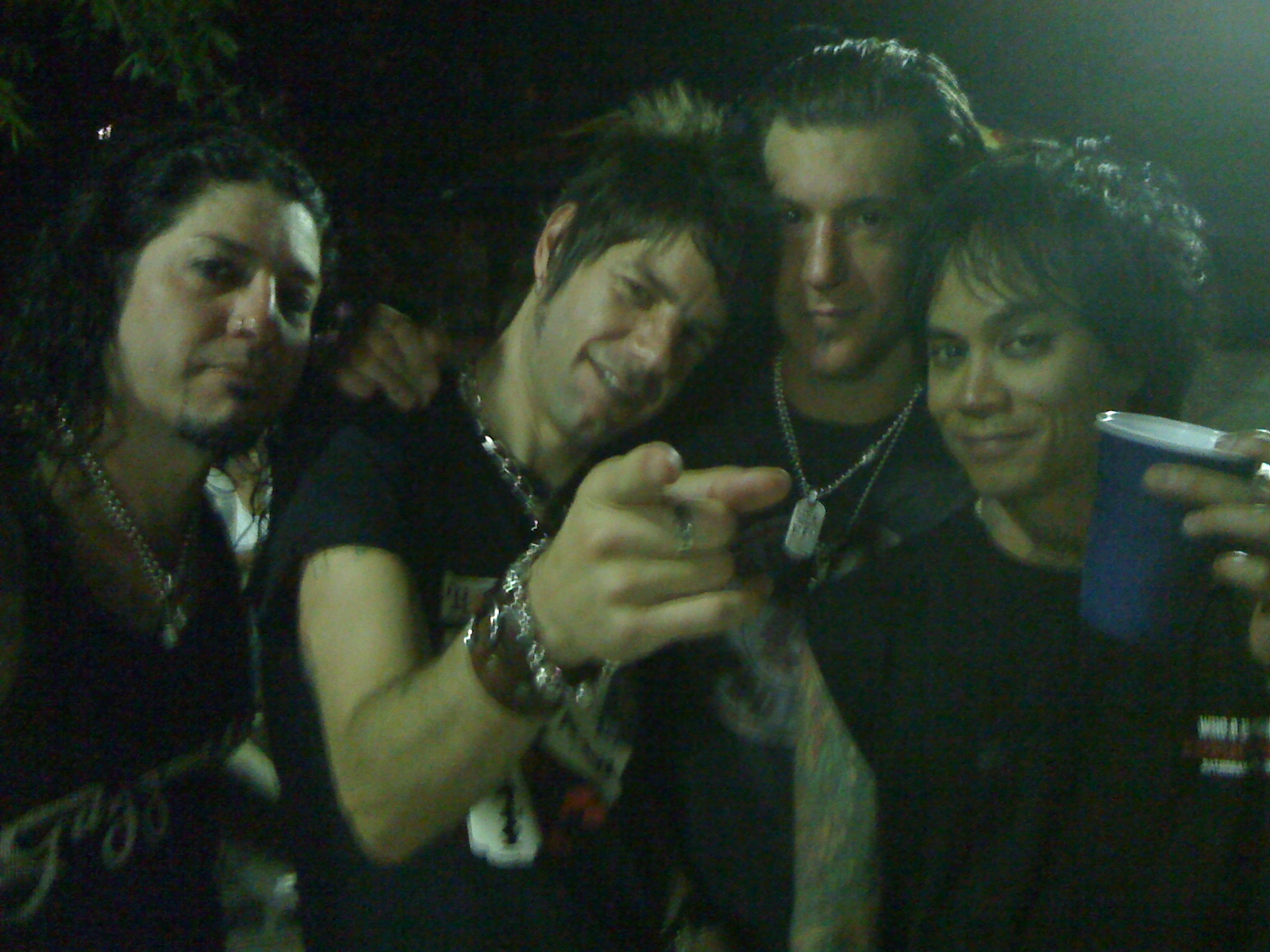 I’ve seen more than 20 Buckcherry concerts, which could probably get me arrrested for stalking if the boys weren’t so loyal to one of their earliest hardcore fans. Thanks, guys!

Last weekend in San Antonio, Buckcherry once again rolled out the rock and some hella hospitality as headliners of the 99.5 KISS Summer Swelter festival. The new twist this go-around was a sneak preview of the band’s new album “All Night Long,” which drops Aug. 3.

So, how does the new album stack up? An advance copy reveals the fire-starters to be the party-hearty title track, the spit-in-your-eye, “Dead” (featuring some great bass runs) and the take-your-whiskey home rehab rocker, “Recovery.” “Oh My Lord” is a swaggering Steven Tyler-worthy ode to L.A. hotties and “These Things” could be the sleeper hit ballad.

Also of note is the song, “Our World,” which the band lyrically tweaked at the last minute to address the oil spill crisis in the Gulf of Mexico. Downloads of the song on iTunes will send proceeds to victims of what is now the worst environmental disaster in American history (who says rockers are heartless Neanderthals?).

Finally, the first 20,000 fans to buy the album at Best Buy will also get a bonus seven-track acoustic EP featuring reworkings of songs from “All Night Long” plus the band’s massive hit, “Sorry,” and other unreleased songs.

Overall, if you’re partial to Buckcherry’s more belligerent tendencies like “Dead Again,” “Crushed” or”Fall,” “All Night Long” may tread too close to mid-tempo territory (but will ultimately grow on you and be worth the wait). If you’re not as prone to punk-rock fisticuffs and you like your Saturday night soundtrack contagious, loud and boozy (and who doesn’t?), you can’t go wrong with singer Josh Todd and a crackling band like Buckcherry.

PS. Special thanks to bassist Jimmy Ashhurst for sending me home with one of his razor-shaped guitar picks. It’s definitely a stand-out in the ongoing collection.